by Nicholas McKenna 7 months ago in Embarrassment

The most embarrassing Moment of my life. 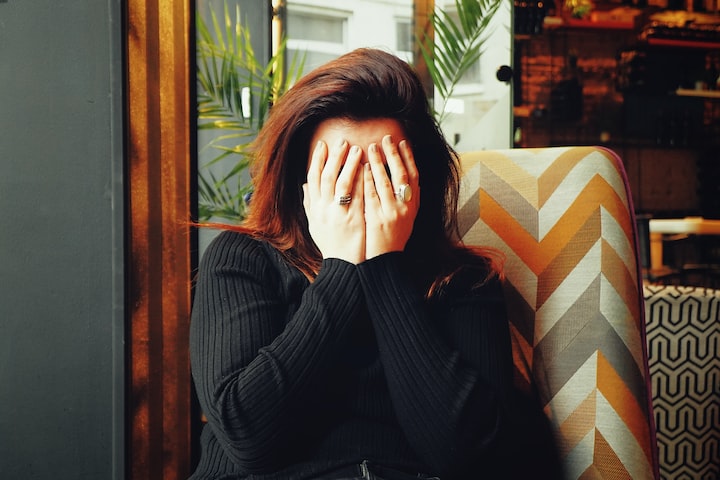 Highschool is an awkward time in everyone’s life. You're going through puberty, people who you thought were your friends may not be your friends anymore, and you start getting into relationships and going on dates. I was in tenth grade at the time when I decided that I would conquer a fear of mine and ask out my crush Adrianna. I did not know it at the time, but this would become one of the most embarrassing moments of my life.

We were put into the same lab group for our biology class, and I knew that was my chance. It was a group of four that included Adriana, her twin sister Alessia, my friend Phil, and myself. I remember asking Phil right before we went into class if he thought it was a good idea. Phil was more popular than I was, and I was thinking he might have heard if she was seeing anyone or liked someone else at the time. He said he hadn’t heard anything, so I decided to go for it. During the lab exercise, I started working with her and thought she felt comfortable talking with me but I lost my nerve and the period ended. Phil said he would talk me up to her in another class they had together, but I still felt terrible.

Later that night, we were all talking in the group chat about how we were going to get the lab done. I was still a little embarrassed knowing I was talking to her even though she couldn’t see me and I gave my number to Phil to set up the group chat, so I didn’t know who was who at first. All I saw was phone numbers and text next to it. I thought right them and there that I had to do it, I had to ask her out. I figured out which number was Adriana’s and then waited until everyone was done talking in the group chat. Then, I sent her a private message asking if she wanted to see the movie Role Models. I was so nervous after hitting send that I threw my phone under my pillow, so I couldn’t see it. I thought “if I can't see it its not happening” but then realized “I don’t know what’s not happening if I don’t look at what she wrote”. I waited a few minutes and checked my phone. She had agreed to see the movie with me and I could not believe it! I couldn’t think of what to text her back beside “cool” and I still think that is a lame response. I told Phil, and he couldn’t believe it either, but he was supportive and told me to keep him updated on what’s happening.

Since this was my first date ever, I was really nervous and didn’t want either of my parents dropping me off at the theater, so I ask my cousin to. He was going there anyway with some friends so it worked out well. He gave me some advice like pay for everything, compliment her hair, don’t be afraid to put your arm around her. I started to forget things right after he said them. He even gave me some money and said to “spoil her” but I had no idea what he meant by that. When we got to the theater, he met his friends and I went to buy the tickets. I waited for her by the entrance so that she would see me and my anxiety was so bad that I had to catch my breathing.

She walked in and my mind went blank again. She looked so beautiful that I didn’t know what to say. That did not help because she didn’t see me at first and started to walk right by me. I managed to let out a squeak and that’s when she noticed me. Great first impression I thought. She probably thinks I’m some weird guy that likes to make mouse noises. But as she walked over I got myself under control and was able to form sentences. “Hi Adriana” she looked a little taken back at first but said hi back. Before we walked into the theater she said she had to use the restroom, so I waited outside. My mind still racing with what to do I wondered if it would shut off again when she came out. Luckily for me it did. I was so nervous that I started pacing and wasn’t in the same spot went she went in so I shouted her name when I saw her come out “Adriana” and she saw me.

We went into the theater and found great seats. I thought “At least this is working out” and hoped that the rest of the date would be this convenient. At that moment my phone vibrated. It was Phil texting me but I never read what he was writing. Adriana had asked if we come go to the snack bar before the movie started. I said I would go for the both of us, thinking that this was how I could spoil her. She wanted popcorn, sweetish fish, and a coke, so I decided to get enough for both of us to share but I got my own drink thinking she wouldn’t want o share that. While online, my mind started to race again. “What if she doesn’t like the movie?”, “What if she thinks you smell?”, “what if... what if… what if…” just kept popping in my head. I decided that I needed to focus on one thing at a time and got the food. While I was buying the snacks, Phil tested me again. This time I saw his name and the word “ABORT” written three times all in caps. I was really confused by this but couldn’t think of anything else without getting all worked up, so I put my phone on silent and went back to the theater.

As I walked in I realized that I forgot where we were sitting, so I just started calling her name silently, “Adriana, Adriana, Adriana”, until I heard “over here” come from behind me. I felt incredibly stupid at that point, but she had this giant smile on her face. I wasn’t sure if it was because I walked right by her looking silly or that I had returned with food, and she was really hungry. I was able to let that go though. “She’s smiling, which means she’s having a good time” I thought. A few scenes into the movie, we both started laughing. I thought “this would be a good time to put my arm around her” so I went for it. No special move or tick, just swung my arm around head and placed it across her shoulders but I went too far and my hand landed low, cupping her breast. I froze instantly. “She thinks I’m a creep now. That’s it, I just ruined this date. Might as well go home not and cut my loses.”. She would adjust herself a few moments later and my hand would change position. Everything seemed fine afterward, so I tried to let that go too.

The movie ended and her head was resting on my shoulder. It felt nice. It was something that I had not experienced yet and thought “I could get used to this”. I was getting cocky because I hadn’t done anything stupid in a while but I hadn’t had the chance to do anything stupid in a while. She was sitting closer to the aisle, so she got up to leave first. I noticed that she was leaving without her jacket, so I grabbed it and went to hand it back to her. “Adriana, you forgot your jacket”. She smiled said thank you and we walked out of the theater. I wasn’t supposed to meet my cousin for at least a half hour, so I asked if she wanted to hang out a little longer. A that point she looked a little uncomfortable, and I was about to find out why.

Phil had walked in with her sister Alessia and came over to say hi. He kept trying to pull me aside for some reason, but I said what ever it was it could wait. I was having a good time and felt things were going well with Adriana. While Phil and I were talking, Adriana had step aside to answer her phone but I didn’t notice this. When I turned to ask her something I noticed she was gone and asked her sister “Where is Adriana?”. Her sister replied “I’m right here”. At that moment, Phil slapped his hand on his forehead so hard you could hear it across the room. I had never been so embarrassed in my life. I had just gone on a date with a girl and called her the wrong name the entire time. Phil had been trying to warn me but I never took the time to read his messages or listen to him.

When Alessia came back after she finished with her phone call. I looked at her and didn’t know what to say. She looked at her sister and said “you told him?” and her sister replied “Yea I told him”. Alessia looked so embarrassed for me, it was sad. I then thought how did they both know that I was calling her the wrong name? I asked them and Alessia said that when she went into the bathroom before the movie, she texted her sister and told her that I asked out the wrong sister. She felt bad because she wanted to go out with me but I intended to go out with her sister. Thinking this was funny, Adriana then asked Phil to go to the movies with her and that’s when Phil tried warning me that I had mixed up the numbers. Phil agreed to go with Adriana because I never answered any of his messages, and he wanted to make sure I would be alright after I found out what I had done.

I wanted to hide at that point but didn’t think I could move. Alessia turned and grabbed my arm at the triceps. She was so nice that she was willing to forget that I had made that mistake and ask me out on another date. Still, in shock from what I had done, all I could do was nod my head yes. She smiled, her sister laughed, and Phil looked embarrassed for me.

The next day was Sunday and all I wanted to do was stay in my room. Phil came over and helped me through this. I’m glad I have a friend like that and still do. We went back to school on Monday and completed our lab assignment. Of course the sisters kept switching on me, so I would get their names wrong. One day they even wore the same outfit or at least similar ones, so I couldn’t tell who was who. Alessia and I dated for a few months but it didn’t work out in the end. Phil would end up marrying her sister Adriana after college and since we are still close, I get to relive that embarrassing first date every time the topic comes up.