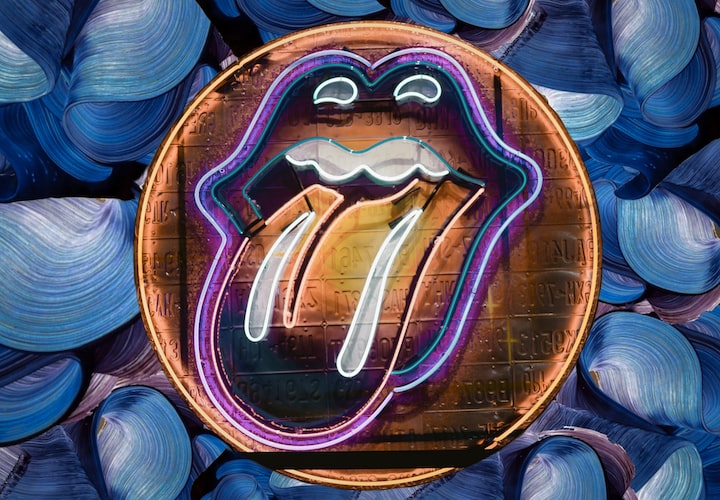 Photo by Vale Arellano on Unsplash

This all began with very intense research. When I was fourteen, I earned enough money to go out and buy a copy of “Exile on Main Street” by the Rolling Stones. I knew what I was looking for and why that particular album had to be in my collection. According to Rolling Stone magazine’s list of the top 100 albums of the last twenty years, this was the best album ever released by the band. It was described as sludgy, grimy and a true representation of their love of blues and country music.

Importantly, I listened to it on vinyl (do you have the same fetish?) Those black discs covered in grooves hypnotized me and made me feel that music truly was mysterious (gleaning sound from them seemed like the ultimate form of magic meeting technology). It was true that the album’s sound was not great (most basement recordings are like this; Dylan had the same problem) but it worked on me. It was first introduction to an entire Stones album and I feel fortunate that I was wise enough to start with a masterpiece.

Years later, I found “Goat’s Head Soup”, their next release after “Exile” and experienced the strangest sort of disappointment. It was not the individual songs that bothered me or the album cover (if Mick wanted to cover his face in a veil, it must have been a fashion statement in line with the times). Not even the sound production that was so clean it sucked out the energy from the songs aggravated me. What bothered me was coincidence.

Most fans of the group feel that the band peaked between the years 1965 and 1972, a run that included “Aftermath”, “Let It Bleed”, “Get Yer Ya-Yas Out!” and “Sticky Fingers”. After this string of raw genius, the band became more corporate, more protected after the disaster of Altamont, the drug busts and the loss of Brian Jones. These incidents could only force the band to back track and see if they could still come out swinging.

Lester Bangs wrote a great review of “Goat’s Head Soup” entitled “1973 Nervous Breakdown” (a reference to an earlier hit by the band and their general state of mind after the aftershock of the sixties). It stood out to me, reading it many years later, noting that it referenced the year I was born (no commentary on my mental state at the time is available). I arrived after the sixties; after Altamont, the Beatles, the rise and fall of the counterculture, Trudeaumania and the dashed hopes of a generation (look at this link on the Kerner Report). I did inherit disco, Watergate, OPEC, pet rocks and the years that fashion forgot. I also had Mick in my blood.

I have seen photos of my family from the early seventies. One in particular I found odd: my brother is standing next to my father, who is holding me facing away from the camera. My mother is standing beside him and seems a little nervous. Why? I could never find anything in that photo to get a reasonable answer. I had to dig a little deeper and look at some of the later pictures. I am in the Caribbean with my mother and brother at the airport. I am sitting on my grandmother’s couch in her home. I am on the beach, running with my mother and trying to avoid the surf. This last photo was a vital clue to my links with the prince of rock and roll’s dark side.

I moved like Jagger. I had the lips and eyes of a satyr and a love of music that my parents would begin to question and fret over. I also noted how bad the Stones became after 1972. Could it be that the trauma of discovering that he was now the father of a soon-to-be big-headed first-generation born West Indian in the Golden Horseshoe led to a dropping off in the ability of Mr Jagger to compose with Keef? Was it something that he could only deal with unconsciously? This makes the most sense to me, because it does not seem logical that any group of musicians from England would show any interest in soup made from the head of a goat. There must have been some unconscious reason to explain this sudden interest in a West Indian staple (far better curried than in a soup, by the way).

What do you think?