I Got My Signature 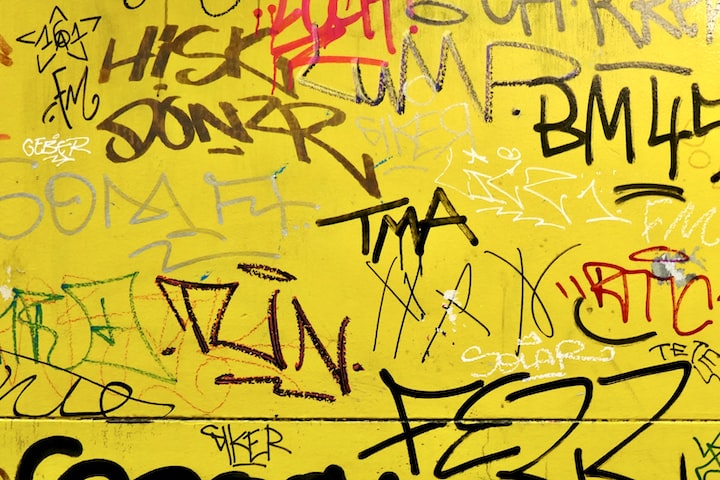 Photo by Bekky Bekks on Unsplash

Probably, I was not the most beautiful in the class, but along with Marco and Jane I was the most popular.

What did that mean to be me?

Yes, I loved to put on boots, although this was not the trend in my school. And most of the children used to make fun of me because of this.

But that was not the reason why I was popular, I was popular because I assumed my style without talking. I was kind, but stubborn, shy, but undisciplined.

I respected everyone and didn’t bother or bully other children; but I was not a disciplined child. I loved to do things my own way and went away with them despite being judged and criticized for them.

That is, I was enduring the harsh criticism, without defending myself, crying or explaining it to an adult, but I was not trying to blend in either.

That’s why I became the perfect child to make fun of, and then unexpectedly I unpopularly became popular.

I remember one day Jane looked at me and said,

“Are you living in Canada? Why do you always wear boots?”

“Do you know why she is so short? The boots are so heavy…They prevent her from growing up!”

Well, I was not only the unique person wearing boots each day, but I was also the shorter child. And unlike anyone of my classmates I was living on the moon.

I was very distracted doing stuffs that have nothing to do with the course that I was attending: sometimes, I was creating stories and imagining my future life, most often I was making none-sense and almost abstract doodles in my notebooks, at times I was distracted by other conversations coming from the other classes, or staring at a book that is full of beautiful images.

Most of the times, I was not doing one thing, but several. Under these circumstances, it was hard to follow the teachers’ explanations. And yet obviously I created some funny scenes at these instances.

Although several times I missed the assignments and forgot things home, but I was not that bad. I used to have great grades in different subjects, including math and social sciences, but not that much in drawing and writing.

While all the girls used to make beautiful flours, houses, girls, and families, I was making infinite spirals, ovals, lines, and rounds.

I didn’t like writing, and I still don’t love writing. I cannot write only for the sake of making a beautiful calligraphy.

Besides, I take notes my own way and usually write in different pages at the same time.

No one could understand my notes, except me. Sometimes, I even got lost!

Generally, there are no starting points in my notebooks. I start in front, in the middle and behind at the same time, and these notebooks have more things that have nothing to do with the subjects they have assigned to.

While growing up I have learnt to be more disciplined, but I still have to manage many bad habits.

Even in college I continued to be a mess when it comes to taking notes. And yet I still maintain the very old habit of doodling.

Apart from being the only girl who wore funny boots to go to school, I had another weird habit, “masticating chewing gums days long.”

Although my classmates didn’t see this as a problem, it bothered many adults, and most of all my parents.

At least in my culture, chewing gums in class is seen as a lack of respect, but I did do it a lot.

Plus, I would put chewing gums everywhere when the teachers caught me, for instance, both under and on the bench that I sat on, in my pockets, in my backpack, and so on.

I even used to swallow chewing gums when I got caught with my hand in the cookie jar.

Many times, I sat on the gum I had just put on the bench, stick it to my uniforms instead of under the bank, messed it with my clothes instead of just the pockets.

And those really bothered my parents who had to clean up all these messes while washing my uniforms.

I found out that they were upset, then I discovered a way to pull it out myself.

I had found out that when you put ice on the gum, the gum hardens. Then you can just pull it rapidly while it is hard and dry.

Well, it did work sometimes, but in some other instances it didn’t. And my parents had to finish up the job with gas and all the detergent accessories that they could afford to.

One day, something terrible happened

While sneaking under the bench, I messed my kinky hair with a fresh chewing gum.

Imagine this hair texture messing up with a chewing gum. There is no way to just pull it out!

Therefore, I asked for help.

Some of my classmates tried to help me by using different strategies, but nothing worked.

I went to my brother’s class looking for his support. However, he couldn’t do anything.

Nevertheless, one of my brother’s classmates decided to show us her expertise.

As always, she had a comb. She then tried to pull the gum out by combing my hair harshly and almost fiercefully.

Therefore, the only solution left was cutting out the part where there was chewing gum. And that’s what I did. We found a pair of scissors and we cut it out.

This is the first time I am sharing this story, because my mom never knew what happened to my hair. She saw that there was a remarkable hair loss in a concrete place of my head but couldn’t tell why this happened.

Every time I saw a chewing gum I remember this funny story, and yet I couldn’t recall this without seeing this little girl I was once.

Do you have a childhood secret that you never share to your parents? Do you mind telling us something about it?

*Disclaimer: The names have been changed to protect people's privacy and confidentiality.

More stories from Marie Cadette Pierre-Louis and writers in Confessions and other communities.