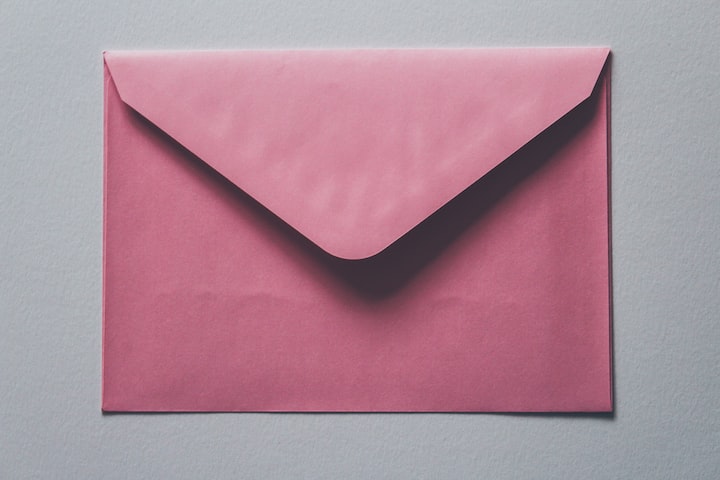 We haven't always had the best relationship. It's turbulent, the tides moving with your moods. I suppose, because of that, I have never really felt safe telling you any of my secrets, despite you begging that I share things with you; I'll never know whether you will react like my image of a mother would, or whether I'll be faced with a sudden gush of fury and vitriol.

I do know that you love me, though. Fiercely. I've been trying to understand you more recently, and I think you are the way you are because you don't know how to handle your emotions, so you tend to sway towards extremes. The more I start to think about the why, the more I wish I had shared my secrets with you like you wanted. It would never have been plausible, but I still find myself wishing wistfully. I love you too, mum. I hope you know that.

Anyway. In the spirit of mothers day, I'd like to share something with you. A secret. Something that I'm too cowardly to tell you face to face, as I have no idea whether you would laugh with me or scold me... I would really prefer the former.

You know that small 6 inch by 6 inch canvas? The pale blue one with printed lilac butterflies that I've had up on the wall next to my bed since I was 10? The one that I've never taken down, despite having changed everything about my room many times since then? I mean- even through my intense rock phase, where I had posters of Gun's and Roses, Panic! and even an AC/DC one with the "devil's horns" that you hate so much (I still have it up)- that one small canvas was never taken down.

Well, it was never because of my fatuous love for the 60 pence charity shop buy like I let you believe. It started back when I had my bunk bed- you remember, the wooden one that protested and groaned every time I went up or down the ladder. One random, otherwise forgettable night when I was 10, you and dad were downstairs watching a loud horror film ( I know this because dad was making his usual frightened noises, the type that seems to surprise even himself because he's not usually a faint-hearted person.) Even at 10, I was a habitual late sleeper. I was at the top of my bunk bed reading Inkheart by Cornelia Funke- one of my favourite children's books to this date, I might add. Once I finished the chapter I was on, I felt my eyelids finally begin to creep themselves downwards. I placed the book beside by pillow, where all of my books have lived at least once, and reached over the bed frame to turn off the light.

As you know, mum, there's only a mere 50 centimeter distance between my top bunk bed frame and the wall which the light switch is on. Easily reached, right? So, I reached over, the bottom of my belly squishing against the frame, hard enough that it almost made me pee. However, in the spirit of being lazy, it didn't matter to me. Then, just as my finger tip touched the light switch, I tumbled.

As in I did a roll mid air whilst falling off the bed.

When I thumped down on the floor, all I did was sit in silence for a few seconds, making sure you guys didn't hear. If you did, I probably would have been shouted at for acting like an idiot- which, to be fair, I had. Thankfully, the TV was still on full blast and creepy music could be heard all the way upstairs. My dangling lights had stopped shaking. I was safe. I smiled to myself, thinking: wow, I really fell from my bed and haven't hurt myself OR gotten into trouble. Genuinely, not one part of my body was bruised or scratched. I could just feel my hurt pumping with more ferocity due to the sudden rush of adrenaline my body had experienced.

But then I looked up.

There was small hole in the wall. The size of a pear. My elbow- my knee- I still don't know what it was, but somehow, my little 10 year old self had made a small gaping hole in the plaster wall. My heart instantly sunk down to my stomach. Since I'm sharing this secret, I should probably tell you that, honestly, my first thought was not to come confess to you guys. I wish I could be that kind of person, truly, but my first instinct is, and has always been, to try and fix the problem myself before anyone finds a reason to give me grief. So, I frantically searched around my room, looking in my "chest of treasures", shoving things forcefully aside to see if I could find anything that could hide what I had just done, whilst trying to ignore the roaring of pumping blood in my ears.

Then, as if it heard my thoughts, the canvas came into view. My chest was full of bits and bobs, useful and useless, growing tenfold year after year. This small, tacky, shiny butterfly canvas that I bought with dad and then forgotten about was the thing that was going to save me.

From there, it was like I had been put on automatic. I grabbed the canvas, and then grabbed a crimson hour-glass pushpin out of my cork board. The legs of my desk stool scraped against the carpet as I dragged it to the wall. I stood on it clumsily, and used the fake phone in my pajama pocket to hammer the pushpin into the plaster wall, right above the unwelcoming dark hole. Thinking about it now, it wasn't that difficult, but at the time I felt like the Hulk. I then hung the string at the back of the canvas from the pushpin, and... and there it was. I had done it. I hid my mistake with a "piece of junk" that had actually come in useful! I was so happy mum- I was actually proud of myself. The mauve butterflies fluttered over the hole as if there was nothing there.

I moved everything else back to their original places, and took myself back to my original place too, book by my head. I remember hearing the voices on the TV downstairs and thinking as I closed my eyes: I'm so lucky, they'll never find out. I felt like one of the main characters in my books. Like I had just completed my very own quest without any help from anyone else.

The funny thing is, you never did find out. Unless you read this letter, I don't know if you ever will. I'm glad I shared with you though, mum. I hope you are too.

A lover of everything books, films and music.

More stories from Luna Ali and writers in Confessions and other communities.