He was in the special needs class 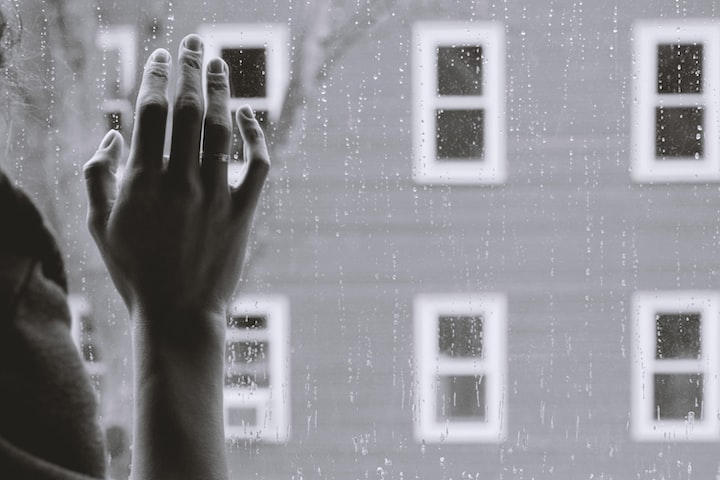 Photo by Kristina Tripkovic on Unsplash

If you could go back in time, what is one thing you would change?

I've considered this question throughout my life, from teenage years to now, in my thirties, and one thing always pops in my head inevitably. Shawn (I'll be me, he can have a different name, he needs no more humiliation).

I was a kid. I had my own problems. I was abused at home. I can make a million excuses, but they never change the reality. I bullied someone and he never deserved it. This is not a story where I intend to brag or further humiliate the child (now a man, I hope). This is a story of my failure at basic human decency, and kindness and compassion. This is one of my biggest regrets that I'll never be able to amend because I don't remember his whole name or anything I could use to find him to apologize. This is the story of my cruelty to an innocent.

Don't feel sorry for me. Hate what I did. Hate who I was. I don't want compassion for this.

I went to a certain school district from the last part of sixth until tenth grade. In that school (a small school), we had the same classmates and moved on together. The graduating classes were fewer than one hundred. I don't want to talk about me. That's a million other stories removed. I want to talk about Shawn.

My current views are far more radical than they used to be.

I just know that he was outcast from the rest of the "normal" class.

My biggest confession is what hurts me the most to remember, so I'll start later.

In ninth grade, I remember my friend, Peter, challenging Shawn to a dance off. The whole playground gathered for the "show." (We had recess in 9th grade at that school)

Shawn was taking the contest seriously, while my friend was mocking him with simplistic moves. We all cheered for Peter. I'd like to think that I would cheer Shawn and boo Peter today, and I believe that is true, but it doesn't change how I acted then.

I mocked him. I laughed at him. I threw rocks at him while he tried to dance. I was horrible.

Shawn is a secret regret I keep in my heart because I think sometimes, that revealing it to the people who love me would give me some form of relief, and since I can never make up what I did, I feel I deserve the hidden pain. I reveal it to you, strangers, because you can say nothing back, and I leave you to judge me. I'll live with this regret forever, and I deserve that at least.

I made fun of him for calling himself Phoenix. I made fun of him for meditating during gym. (I meditate now. He was decades ahead of me on that one). I made fun of him for pretending to fight against the bamboo that grew around the playground where we'd stand around and talk gossip. (He was using his imagination, and acting no different than I had only a few years prior. I used to fight bushes with my brother). I was only learning to judge others to lift myself up, not knowing that I was only bringing myself down to a level much lower than the ones I judged.

I remember my lowest moment in life (I've been drug addicted, I've been homeless, I've said things to people I loved that I regret, I've even done some criminal acts that I'm afraid to confess to, but this was my worst in my opinion). It is at the least my most direct violent offense against another person. A person who in no way deserved that kind of treatment.

I could see him in the field. It was a big downhill field to the football field at my junior high. On the left was the bamboo barrier, on the right was the gym, behind me was the school, and in the middle was Shawn, on the ground, being kicked and yelled at and spat on by my friends. I ran with glee to join in the kicking. I got a few in before the teachers came to stop it.

They dragged all my friends away, except me. I didn't care to pay attention to what happened with Shawn. All I remember was my friend telling them, "But Justin was doing it too" and the teacher saying "I didn't see him doing anything." What else would I have been doing in that circle of wickedness? My feelings are irrelevant, but the facts are the facts. I got away with it, in the technical sense. But my conscience has never let me forget.

I kicked him. I kicked him for fun and I laughed. I was happy that I got away with it. I didn't have remorse. I felt even smarter for having made it out without getting captured. I felt relief and joy. What did Shawn feel? I can only imagine what I would have felt in his shoes. At the time, who I was, had that happened to me, I might have actually killed myself. This was seventh grade. He was a stronger person than me.

I don't talk to any of my friends from that time. A decade ago, I found some of them on facebook. Married with children, lives I haven't lived and don't care to live. Some are still in that small town that's not even on the map. But, I never found Shawn. I'm 31. The last time I saw him, I was 14.

If I could go back in time, I would be his best friend. I think of that as being his only friend, but what do I know? He probably had friends I never paid attention to. I was too worried about myself. I would have fought the ones who tried to hurt him. With hindsight, I would have stopped them, but at the time, I was afraid. I'm still afraid of confrontation and fighting. It's easy to remember a time and think of how you would have acted, but to live through it and act that way is so much different. My version of confrontation now is saying words and having people listen. When do kids ever listen? I would have gotten my ass kicked, and I wonder, if I could go back now, would I brave an ass kicking? I'd like to think so, but what does it matter?

I hate what I did. I know I can never make it better. All I know is that I will never do anything like it again. But what good is that to the person I hurt? I know that regretting it does him no good, but I still do and will. I wish I could tell him. I wish I could be his friend.

More stories from Justin Douglas Lee and writers in Confessions and other communities.