Do I Have Adult ADHD? And What To Do Next

by Jamie Jackson 20 days ago in Bad habits
Report Story 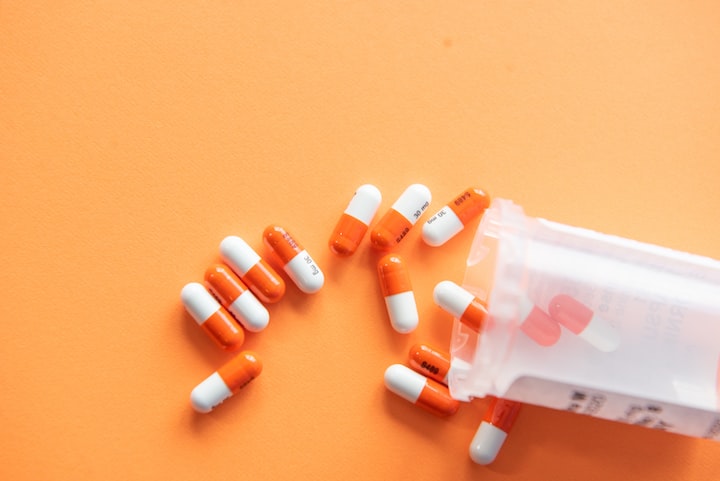 ADHD doesn’t exist, right? No one can focus, everyone gets distracted, and we all forget things. Right? Right? Hello?

I used to insist this was the case for years. I would grandstand in the pub, in the office, and to any who’d listen, explaining ADHD was simply exuberant personalities not adhering to authority by fitting into school lessons and corporate jobs.

Is Russell Brand ADHD, I’d ask? Is Jim Carrey? Are their nonconformist character traits a disability or condition that needs to be dampened down with medication? I didn’t think so, I’d conclude, all pleased with myself.

And yet, and bloody yet, for all my conviction and blow-hardiness, my own probable ADHD diagnosis followed me around for years, tapping me on the shoulder, whispering “That’s you that is.”

Not when I was a kid mind you, back in the late 1980s, no one spoke about ADHD, it wasn’t a thing, you were just branded a little shit who misbehaved. Trust me.

When I was 10 years old my exacerbated parents took me to a food clinic because my hyperactivity knew no bounds. There, a quack doctor put slides of food into a magic box and used a pen attached to the box to poke my toe. If the gas-gauge reader on the box whizzed up to maximum it meant I was allergic to that food and it was the root of my hyperactivity.

I left the clinic not allowed to eat beef, wheat and chocolate and not allowed or drink milk. It was a ludicrous diet I stuck to on and off for years. It didn’t help anything, obviously.

Other charlatans had their say on my personality type also. An over-zealous woman at work diagnosed me with dyslexia because I couldn’t focus and I was forgetful (my manager had sent me to the Learning and Development department for organisational training after I’d missed a long succession of meetings and deadlines). It’s worth noting, much like the toe-tapping quack in the food clinic, this woman was not a doctor.

I’m not dyslexic. I knew that. But I sure was disorganised, forgetful and couldn’t focus. I put it all down to being bored. Of course, I can’t do these things, it’s all mind-numbing corporate twaddle!

Then there was the medication. I worked with a girl who was Australian, a land where they readily diagnosed ADHD in both children and adults and forced medication onto them to “manage” their disorder.

Consequently, this girl was readily pilled up to the eyeballs and her character was intense — frantic even — and difficult to mix with. That is until one day she turned up pill-free. For one reason or another, she hadn’t taken her medication and boy oh boy the difference was night and day. Her personality was lighter, funnier, and more easygoing.

The whole episode made me resolve never to get labelled ADHD to prevent the chance of living under a cloud of medication.

There’s a Christian Bale film called ‘Equilibrium’, a dystopian world where war has been eradicated by pharmaceutical inventions surpressing emotions.

Forget the diagnosis. It didn’t matter. ADHD or not, I ain’t being labelled anything that comes with a pill prescription. I was also angry my personality type was a “disorder”.

Then, of course, something happened to remind me all over again ADHD isn’t all charisma: I got a new job.

Living it up, back behind a desk

After a two-year hiatus from corporate work, I slid back into an ergonomically designed office chair as it turns out food costs money and I needed to eat.

What happened next was many old struggles revisited me in crashing waves of recollection. Oh yes, I can’t sit still, oh yes, to-do lists don’t work for me, oh yes, I have to always multitask, oh yes, I could cry with the effort and pain of trying to focus — it feels like gears in my brain are grinding together when I try to work like a normal person. That’s the only way I can describe it.

I asked my wife if she felt the same and she looked at me as if I’d just asked her to levitate.

Thankfully, I work from home now, in a job where I set the agenda, meaning I’m judged on my output not my behaviour. I can wander about, listen to music, get distracted and get the job done. My output is good. The way I get there is utter chaos.

Here’s what the doctors say

Recently, after a particularly challenging day at work, I googled “adult ADHD” symptoms and the official NHS page said this (the ticks are mine):

I sent the list to my wife. “Yep. That’s you” she replied.

And it is. The website may as well have a picture of my face. The only symptom that didn’t fit was:

taking risks in activities, often with little or no regard for personal safety or the safety of others – for example, driving dangerously

I’m not a risk taker. But the rest? Oh, that’s me. They got me nailed.

So what to do? Really, what the fuck do you do with this information? Every time I’ve filled out an ADHD questionnaire online it says “Possible ADHD, get an official diagnosis.”

But do I want one? I’m serious when I ask about Russell Brand and Jim Carrey. I’m not saying I have their talent, but can you imagine either one medicating their personality away? Is ADHD a bad thing? Is it even real? I ask because diagnosis in Britain is done by a questionnaire. It’s hardly science. You can get a brain scan to show ADHD patterns in the brain, but that’s not available here.

What would you do? Do you have ADHD? Do you think it’s real? A small part of me is worried I get a diagnosis and it turns out I’m normal, and I just can’t focus. Imagine that. Where are my excuses then?

More stories from Jamie Jackson and writers in Confessions and other communities.