Dear Mom, I Don't Regret It 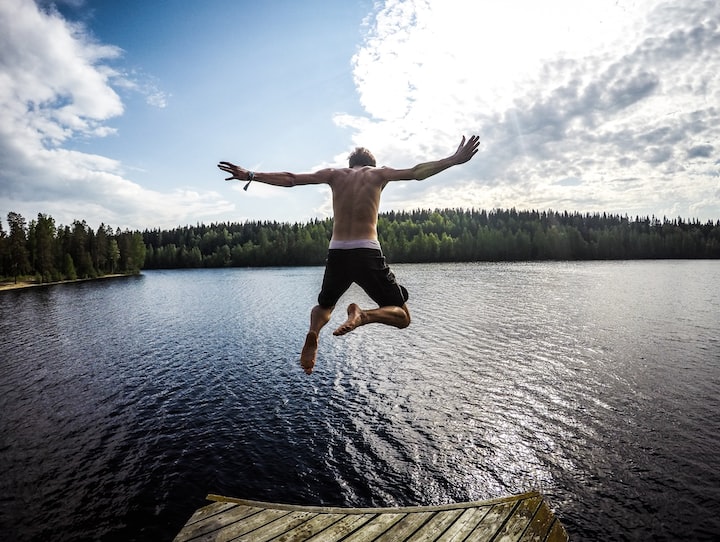 Photo by Tommaso Fornoni on Unsplash

I have a confession: One of your most terrifying days was one of my happiest, and I don’t regret it at all.

I am sorry for the fear and pain I caused. Looking at it as an adult, I can’t imagine what I would feel like if my child went missing for hours. The police. The AMBER alert. The wasted time and tax dollars. The fear and stress that I caused my family. Even muddying up your new car.

Yes, I’m absolutely sorry about all of that.

And not only did I accept the consequences, I appreciated them. Grounding me and disconnecting me from the world for a month was one of your best parenting decisions. It gave me time to process, to search my own feelings, and to appreciate nature. Even at 14, when I should have been livid at that decision, I was simply thankful that you cared.

Yes, I deserved and am grateful for all of that.

But I have no regrets about how I spent that day. Reminiscing always makes me smile and feel joy, not remorse.

I know you have your own version of those events, and I know that more than 20 years later, you still don’t believe my side. I’d probably feel the same way. But for the record, here’s what actually happened.

My friend and I met up with guys we had no business hanging out with; you know this. We barely knew their names or anything about them (and vice versa), and, as an adult, I can imagine that decision having significantly worse results. But as a teenager, it was nice to be around people who didn’t really know me and therefore, couldn’t judge me. I was who I was with them, and they didn’t ask a lot of questions.

We bought as much soda as we had dollar bills for. I know you think/fear that there was alcohol and drugs. Other than extreme amounts of caffeine and sugar, no substances were used. Being alive was the high that day, and that was plenty.

We walked to the river, which means we were never more than a mile from home. I know police were looking in a much larger radius, but a 20-minute walk would have taken you to us. We never entered a vehicle nor even rode a bicycle. We always stayed close.

I jumped in the unbelievably frigid water–and swam in it for 45 minutes. I was fully clothed the entire time–including my favorite athletic shoes, which never fully recovered. My jeans were still wet and caked with mud when we reconnected. I no longer remember if anyone jumped in with me; if they did, they left quickly. Only a fool would swim in that river–or a kid desperate to feel something besides pain.

I developed hypothermia. With air temperatures in the low-60s, I have no idea how cold the river actually was; all I knew was that it was exhilarating. Several minutes after my muscles began to shake, and my teeth began to chatter, I was persuaded to return to land. I slipped more than once, my muddy shoes sliding against the slimy rocks, but I made it out eventually.

My three co-conspirators huddled around me, shielding me from the wind, in an effort to warm me. We talked and laughed, and all agreed I was an awesome idiot. I wrung out my hair and the day continued with my clothes stuck to my cold skin.

I had never felt more alive. Even now, I’m not sure I’ve truly had the feeling again.

I don’t clearly remember what other stupid things we did, but I know there was more. Racing down a dock, off which I could have fallen and cracked my skull on the jagged stones below. Throwing rocks and breaking glass. I may or may not have climbed into a piece of abandoned construction equipment that could have ground me like gravel.

It was a day of madness, moronic risk-taking, and playful self-destruction. And it was exactly what I wanted.

We walked, drank Mountain Dew, and talked about absolutely nothing. I don’t remember any hard conversations or deep thoughts. We weren’t planning for the future or telling dark secrets from the past; we were just living in the moment–accepting things as they were without judgment or hate.

I never lived in the moment.

I was always disassociating from trauma, pretending to be somewhere else, finding distractions, or thinking about the future. There was no “now;” there was only “then” and “later”. For those few hours, I experienced the present.

Honestly, I did think about the consequences. I knew we would be in trouble when we returned, and I knew the day would come to an abysmal end. But I figured the consequences would be just as bad if we were late by one hour or by four. The “in for a penny, in for a pound” reasoning of a 14-year-old kid.

Once someone told us that the police were looking for us, I felt the adrenaline soar to my brain, and I knew it was over. Honestly, the day was winding down regardless; if you had waited another half hour, I probably would have appeared anyway.

I went back to being depressed, and angry, and embarrassed. So I was rude to the police and to you, and I rolled my eyes like you had completely overreacted to the situation. It was all bravado to cover a sense of loss, sadness, and despair. I don’t think you saw it then, and I don’t think you could see it now. You had your own fear and sadness to contend with, and we were incapable of seeing one another's perspective.

We haven’t discussed this day in what? 18 years? You were convinced that I was somewhere else, using cocaine, and making out with guys who were on the verge of adulthood. And I could not convince you otherwise.

Maybe that’s because all I told you was that “we just went to the river,” and it was clear from my muddy clothes that I had jumped into it. I never told you the whole story, so perhaps it’s fair that you don’t believe me without the rest of the details.

But those details were mine. I needed to keep them secret like one does about a blissful night with a soulful lover.

The decisions I made that day gave me strength for the rest of my adolescence. I had made a choice and faced the consequences. I had been the leader of a group of my peers who just wanted to escape the never-ending pressures of families, school, and the impending future–if only for a few hours.

I never saw the guys again, and that was fine with me; it was never about them. It was about putting everything on pause; it was the equivalent of shutting the blinds and unplugging the phone–just a more reckless version. I was in a perfect bubble, and I could not have been happier than I was for those few hours.

There are other–and I would argue significantly worse–coping skills I used during those years, and I know you don’t believe a lot of that either. That’s fine, too. You don’t have to believe the facts of the life I lived; I know it’s easier that way. In your shoes, maybe I would do the same.

But everything in this letter did happen.

And given the opportunity, I would absolutely do it all again.

I'm a full-time educator and part-time writer. My best ideas usually end up on Vocal.

Alex Casey is not accepting comments at the moment

More stories from Alex Casey and writers in Confessions and other communities.