A Letter Not Delivered

It's been a while since we've talked 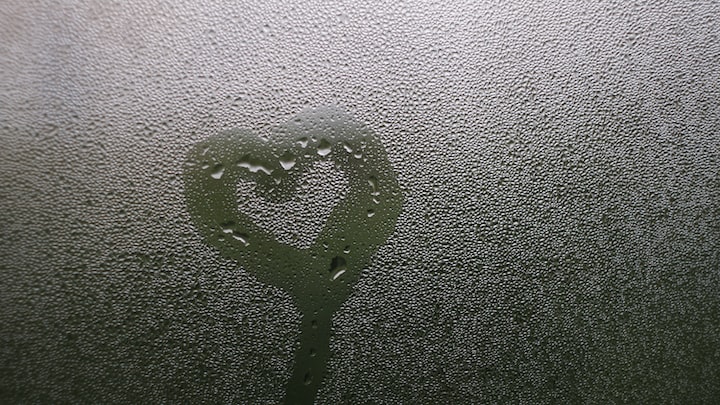 Photo by Thomas Kinto on Unsplash

A letter not delivered.

That was the name I always called you when I was in a particularly good mood. It was also the name of your contact in my phone. You would laugh and ask me where it came from or how I came up with it, but the truth is, I didn’t know. It was just one of those silly words I’d come up with sometimes. Just a combination of “mom” and “mother. But it was always an indication that times were good when I used it. I wonder if you noticed that I had stopped using it after a while.

It’s been 4 days since I got the call. The call that I had been anxiously awaiting for a few years now. You had been admitted to the hospital a week and a half beforehand. I believe it was your third time making your appearance in Spartanburg Regional for the same reasons. After a week had passed, your family told me that they moved you to hospice. I called your nurse who told me that you had cirrhosis of the liver and that your mind was so gone that you were just mere inches away from being comatose. She didn’t expect you to live past a few more days. And she was right. The next morning at 6:30 sharp, I awoke to the angry, low tone of my phone vibrating. I answered it to the sound of my dad spilling and fumbling the words out of his mouth like he couldn’t say them fast enough. Through all the clamor and chaos, the only words I heard was that you had passed that morning at 4:30. On May 1st, 2022 at 4:30 a.m, you had left this life and entered the next one. And I didn’t come to say goodbye.

I didn’t make the 9 hour drive to South Carolina to witness this unavoidable event. And you’re probably wondering why. Or maybe you’re not, and you already know. Regardless, I’m still going to tell you here just in case you don’t.

Mom, as much as you fought to deny and hide it, you had an extremely severe drinking problem. And over the course of the last two years, we both lost sight of the person you once were. Our relationship was nonexistent because you continuously chose alcohol over your daughter. I can’t begin to tell you how much that hurt me. And how much it hurt to watch my once red lipstick wearing, classically beautiful, animal loving mother change and morph into the human embodiment of a liquor bottle. I had assumed the role as mother and you were the child. I was cleaning up after you, picking you up off the floor after you had passed out, and driving you to the emergency room. I needed you, Mom. I needed you during my teen years when I had gotten into an emotionally abusive relationship and couldn’t figure a way out of it. I needed you during my early 20’s when my anxiety had peaked in my first year of college. I even needed you when I was 24 and decided to move 9 hours away up North to escape everything you had put me through. I needed you when I admitted myself to a psychiatric hospital because I was overrun with depression and anxiety. I just needed you…to tell me that it was all okay. But you didn’t. Instead, you had asked me over the phone,

“What do you have to be so sad about?”

And I learned to rely on myself for reassurance and comfort. I had to be my own mom now.

When I got the call that you had passed, I was relieved. You weren’t suffering anymore. You weren’t a slave to your own vices anymore. You were finally free of all of the things that had brought you so much pain over the years. And I didn’t come see you because I’m choosing not to remember you that way. The person you had become was not the mother of my youth. That person disappeared a long time ago, and that’s the mother that I want to remember. The mom who would wake me up for school in the mornings singing songs. The mom who would chase away childhood monsters by staying with me until I fell asleep. The mom who would take me shopping every Saturday, and play badminton with me in our front yard during those humid summer evenings. The mom who would read Angel Babies to me at night, and always had a song from the radio stuck in her head. She was my mom, and I’ve missed her for a while now.

I want you to know that while you’re out there flying in between universes and galaxies, feel free to stop by any time. I love you. I forgive you.

Hello friends! I’m Kar, and I’m 25 years old currently residing in Delaware. Welcome to the workings of my mind and healing of my inner child. Perhaps you can relate while I’m on my journey to self discovery✨

More stories from Karlie Steadman and writers in Confessions and other communities.