MG
by Morgan Gibbons 7 months ago in football

A Comprehensive Guide to Soccer Positions and Roles on the Field

Whether you are just getting into soccer or are a long-time casual player, you may have heard the people call positions (and numbers?) and had no idea what it all actually meant.

This is the ultimate guide to soccer positions and their corresponding numbers to help you get through your next televised — or live — match.

The list of soccer positions are numbers are as follows:

As you become more familiar with the role and skills required for each position, it will help those match commentaries make a little more sense. 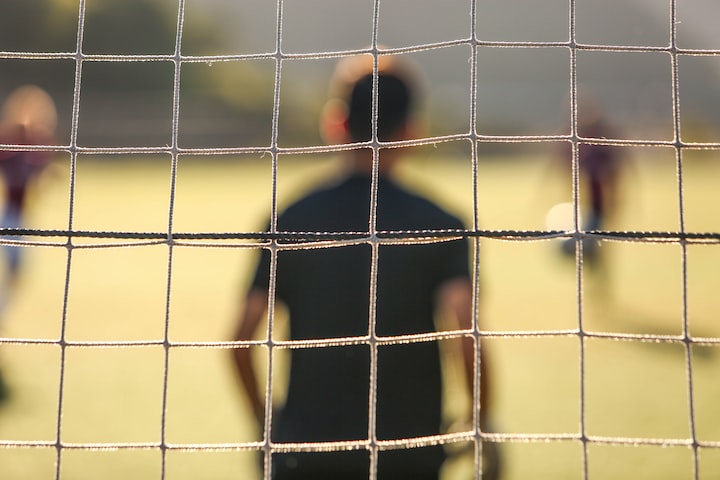 By Giorgio Trovato on Unsplash

Even from a completely green perspective, you will likely know the importance of a goalkeeper. They serve as the absolute last line of defense. Often referred to as a keeper, or a “goalie” in the US, the role of the person in this position is pretty straightforward: don’t let the other team score.

Keepers are exempt from certain rules and require additional gear to help them do their jobs effectively. They are the only players on the field that are allowed to use their hands, however, must abide by the no-hands rule when they step outside the penalty box.

Goalkeepers tend to have amazing decision-making skills and are often at the center of attention once the ball gets further into the defensive lines. Check out this listicle highlighting the best goalkeepers of all time by HowTheyPlay to see some of the best in action.

The right and left fullbacks are the rear defenders on the field.

Their role is to mainly play the outside of the field and fall closer to the center when needed. The main strengths of any fullback are the ability to play 1 on 1 and complete technical passes.

Fullbacks require a good amount of speed to stay in-line with offensive players.

Next, we have the Center Back. This position is sometimes referred to as the center defender, fullback, or stopper. This position stays at the rear of the defensive line in the — you guessed it — middle of the field.

The goal of a center back is the same as the fullbacks (as a general statement): to defend their end of the field from the offensive team. It is possible given certain formations that there may be 2 center fullbacks (but that is another guide for another time). Soccer positions can change in their needs depending on how a team or coach decides to set up the soccer field.

Though not on the in main compiled list, there are also wingbacks, which are evolved positions from the fullbacks. Check out this piece, which develops the role of wingbacks more in depth.

Ah, the sweeper. This is somewhat of a dated position that is not often seen. It is more likely that a team will have two acting center backs.

A sweeper (for a lack of a better word…) sweeps up any balls that get between the more forward line of defense and the goalkeeper.

By Giorgio Trovato on Unsplash

This soccer position is sometimes referred to as the holding midfielder. This particular position stays sandwiched between the defensive line and the offensive players, and is responsible for intercepting passes and moving rebounds forward.

People in this position tend to have great handling skills and are able to keep the ball for as long as they need.

Though breaking the order just a little, the left and right midfielders (sometimes referred to as wingers) require a lot of endurance, as their jobs on the soccer field mainly involve 1 on 1 skills and back-and-forth running.

Right and left-wingers will play the outside of the field, and ar occasionally grouped as offensive players.

The central midfielder has a unique role, in that he or she is playing the soccer field both offensively and defensively at times. The stamina needed to be a center midfielder is truly astronomical and impressive.

The center is also responsible for passing the ball to the appropriate player when the time comes, meaning their role often involves foresight. While not fact, centers tend to be strong leaders and influencers on any given team.

If you are interested in playing the center midfielder position, this video by SimplySoccer has some helpful tips for getting into it!

Strikers and center forwards are often synonymous roles. Their job involves applying constant pressure to the defensive team, charging the ball. The striker needs to be agile and quick with their footwork in order to exhaust the defensive players.

Strikers often get the ball, and are quick to move it around the field.

Of the most straightforward roles is the attacking midfielder. Their job is to quite simply score and orchestrate the plays.

The Bleacher Report has put together a pretty impressive and convincing list of the best attacking playmakers of all time.

Whether you are looking to play some football or are simply interested in learning more, I hope this guide was able to educate you further on the world of soccer!

Major League Soccer represents United States and Canada's highest level of the sport. It consists of 19 teams from both countries, but this list is only the best of the best. This is the complete list of major league soccer teams that will get you pumped up to watch your favorites teams during this soccer season.