Why Marilyn's dress should've never been taken out of Ripley's.

The comparison of icons and utter disregard for history. 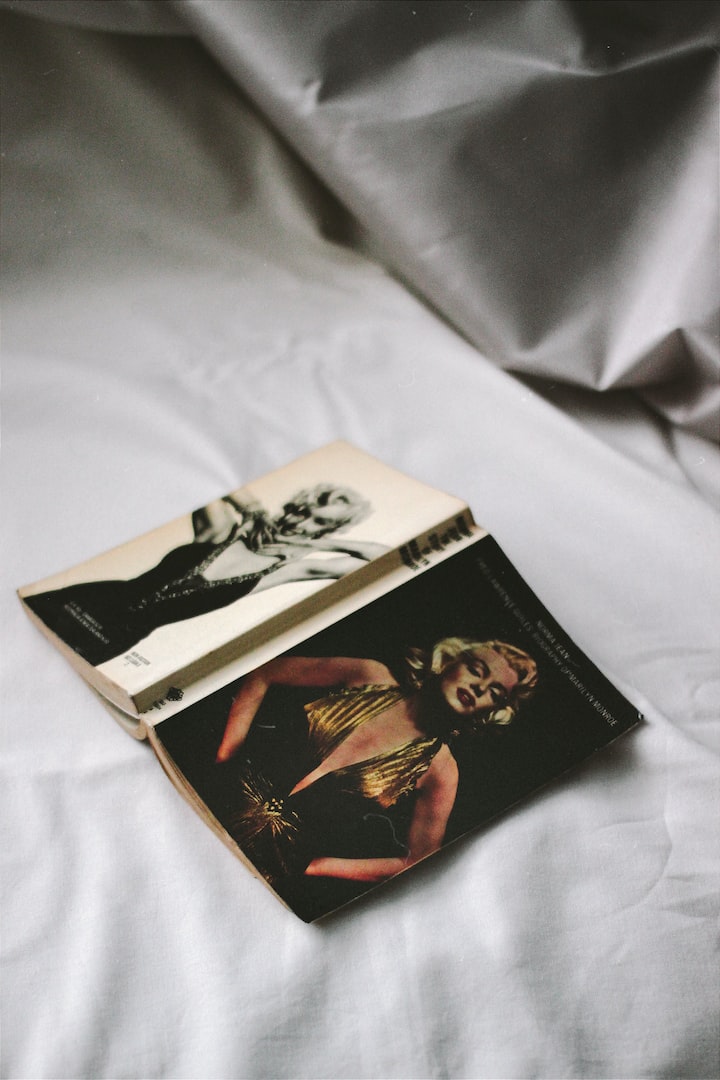 Photo by pure julia on Unsplash

This may be a shocking article to some; Especially in a world where people practically worship the Kardashians like gods- As if they’re some miracle, People truly worth idolization. Honestly, This article won’t be a hit piece on the Kardashian dynasty; This is simply about why not only Kim Kardashian shouldn’t have worn Marilyn’s dress but why that dress should have never left Ripley's ‘believe it or not’.

Growing up, I had always had a fascination with Marilyn Monroe; I had loved her and idolized her before I ever truly knew her or what she was famous for- Marilyn was an icon to me, To the world- People spoke of her with such reverence that I had been sure she was a goddess among humankind, Someone with such a surprising amount of warmth and kindness and as it seems Marilyn’s level of fame had only made her a better person; Something that's extremely rare.

As someone who not only held love and idolization for Marilyn and history, I will admit that I felt appalled by Kim’s insistence on wearing such an iconic piece of history. There's been a ton of different arguments on whether or not Kim deserved to wear the dress or whether it ever should’ve left Ripley’s; Recently I’ve seen people debate on if Kim’s level of fame is enough to hold a candle to Marilyn herself and let's be honest here; Kim Kardashian is an iconic level of famous, She’s set off trends and inspired millions of girls- However, That doesn’t mean she has the right to wear something that wasn’t meant for her.

Let's take a moment to compare, In general, it’s prevalent the Kardashians and the Jenners have done a lot more harm than good and I could write an entire article on how they avoid taking accountability which is something that becomes a necessity in the public eye when you have thousands of impressionable kids looking up to you. It's obvious they’re disconnected from the real world in ways that do genuinely matter; We’ve seen videos as they glare at people who are simply walking past them with disgust and an uncountable amount of incidents where they would lie to the public and mislead fans- They don’t exactly have the best track record with the general public.

I’m not saying we all play by the same rules, Things are different between the middle class and the millionaires- It's understandable because in most ways they’re two different worlds; Except for the fact that the laws of common decency and human understanding past figures and designer clothes.

I think the most prevalent thing about Kim is her blatant lack of disregard for historical significance; recently she just bought one of Micheal Jackson's jackets that she had resized for her child. Honestly, Something that is custom and one of a kind should be in a museum for people to view but not destroy. Granted, His jackets don’t have nearly as much historical significance of a dress worn to Jfk’s birthday- But it still holds significance, It still leaves people staring in awe and remembering the legend who wore it.

Now to talk about the clothing garment in question, Marilyn Monroe had a huge flare for the dramatic and it usually showed with her clothes. She often gave input and suggested different designers for her costumes in all her films; William Travilla had been her go to designer for not only her costumes but the clothes that she wore for photoshoots and red carpets which goes to show how seriously she took her clothing and costumes- She had him on retainer.

Although she trusted William Travilla with most of her iconic looks she had gone with Jean Louis for her renowned dress for John F. Kennedy’s birthday in 1962 and had not only helped and approved the design but requested for it to be one of a kind, Made to her exact measurements and for it to only ever be worn by her. Marilyn had put so much care into this dress that by the time it was ready to be worn it had been so precise to her measurements that it had to be sewn onto her body.

-And now that we’re on the topic of Marilyn’s measurements and the Kardashian's reckless choices let's talk about how Kim dropped 16 pounds in 21 days to fit into Marilyn’s dress. Listen, I’m not one to body shame and I don’t put my nose into the business of others especially when it comes to their health; However, This circles back to the Kardashian’s doing drastic and sometimes dangerous things that could influence impressionable people into doing something equally as dangerous. The idea that losing 16 pounds in 21 days is healthy and normal is so far from the truth; In reality, it glorifies eating disorders and unhealthy habits that could spiral into extremely dangerous territory.

Something that I find exceedingly worse is that Kim is all over the media glorifying and boasting about this weight loss as if she’s just won a pageant, Its more than uncomfortable its sickening.

People have argued that Kim Kardashian is just as notable and iconic as Marilyn Monroe but I can assure you that the way they gained their fame is vastly different. While in the limelight Marilyn had fought against the unhealthy standards for women that plagued the 1950s, She made active attempts at fighting not only sexism but racism most notably her friendship with renowned singer Ella Fitzgerald- Marilyn was more than a triple threat and she was unfortunate in the fact that Marilyn fell into the same trap as Heddy Lamar where people strictly saw her for the beauty she held instead of the genius she carried.

After comparing the personalities and notability of both stars, let's talk about why the dress never should have left ‘Ripley’s believe it or not’ museum- Her dress as we previously established had been made specifically for Marilyn but let's go back to the fact that it was made in the year of 1962. Truthfully, Clothes from that era were rarely preserved and if they were we’re sure they were hole laden and stained. If you were lucky enough to find a vintage article of clothing from that period you would never be fortunate to find something as famous as the dress owned by Marilyn herself in perfect condition.

If the fact that it was not only made for Marilyn herself but that it was worn by her in 1962, Maybe the fact that she wore it to a birthday party for one of the most notable presidents of all time would be enough to convince you it never should’ve left the museum. Marilyn Monroe wore that dress to sing happy birthday to JFK in front of Jackie Kennedy, That very act was one of the most likely reasons her life ended the way it did (As speculated by historians.)

It was such a monumental part of American history, Practically outing the affair between the President and Marilyn- The dress was never worn again until Kim Kardashian decided to buy it, Drop weight at a dangerous speed and parade it around a red carpet where literally anything could’ve happened to such an iconic piece of history.

Of course, they had rules and she had to change into a replica after walking the red carpet- But actual historians had helped create the replica dress and even confirmed no one would be able to see the difference, There was actually no reason for Kim to ever take that dress out of the museum let alone put it in danger.

Let's not even get into the fact that she wore a second dress of Marilyns to an after-party.

More stories from 𝙺𝚎𝚕𝚕𝚒𝚎 𝙳𝚘𝚞𝚐𝚑𝚎𝚛𝚝𝚢 ☾ and writers in Blush and other communities.