by Alex Markham about a month ago in celebrities 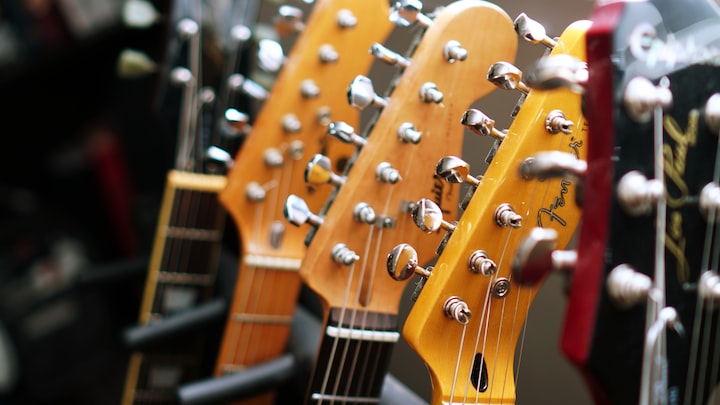 Photo by Joel Drzycimski on Unsplash

Springsteen is not an American icon; he’s a global icon who just happens to have been born in the USA. See what I did there?

Unlike many of his pop and rock contemporaries, he appears to be a well-balanced and sensible individual. He was never going to join the ‘27 Club’ of Jim Morrison, Amy Winehouse, et al, nor has he been busted for drugs (Ray Charles, Paul McCartney, and so on).

In fact, he has a strict no-drugs policy on tour.

The worst I could find on Mr. S was his conviction for drinking alcohol in a public park thanks to an over-zealous ranger. He was fined $500. His blood-alcohol level was four times below the drink-drive level; hardly the legendary misbehaviour of a rock star.

He’s been happily married to Patti Scialfa since 1991 and a doting father to their three children — Jessie is a champion showjumper, Evan a musician and Sam is a New Jersey Firefighter. They turned out rather well.

This is a man who appears to have nothing weird about him. Read on.

A school teacher stuffed him into a garbage bin

Bruce was not the best student at school. He was possibly the worst. His behaviour at elementary school was poor and one teacher became so annoyed she put him in a garbage can.¹

Bruce said, “The teacher told me it’s where I belonged.” He added he was unpopular as a pupil, “I also had the distinction of being the only altar boy knocked down by a priest during mass.”

He didn’t tell us what he did to provoke the priest but I can’t stop giggling at all the things he might have done.

At college, the other students petitioned to have him expelled

He’s one of the world’s most popular artists but it wasn’t always that way. And it wasn’t only teachers and priests who didn’t like him when he was young.

While attending Ocean County College, fellow students made an application to the Administration asking them to expel him. Their reason? His, “Unacceptable weirdness.”²

Dancing In The Dark was the closest he’d ever get to an elusive №1 hit single — №2 in the US and №4 in the UK. The classic, Born to Run, scraped to №23 US and worse in the UK, №56!

His first single, Blinded By The Light, failed to chart anywhere. Then Manfred Mann made a cover version and it shot to №1. To date, this is Bruce’s only №1 hit single.

Bruce Springsteen has an asteroid named after him

On September 4th 1999, astronomers in Auckland New Zealand discovered a previously unknown asteroid orbiting the sun. They named it 23990 Springsteen.

You’re not going to see it without a powerful telescope: it’s just 2 miles in diameter and 100 million miles from Earth. Even so, it’s not every day you get a planetary body named in your honour. A far cry from the days of being stuffed in a rubbish bin and beaten up by a priest.

In an interview on BBC Radio in 2016, Bruce Springsteen revealed he had submitted a song called I’ll Stand By You Always as the theme for Harry Potter The Sorcerer’s Stone³. He told the audience it had been rejected.

The director, Chris Columbus, although excited to receive a Springsteen submission, couldn’t fit it into the film artistically. He wrote Bruce a 12-page apology for the rejection.

Springsteen never released I’ll Stand By You Always. Even though it was unsuitable for Harry Potter, it’s an incredible ballad and would have worked as a single or album track. On second thoughts, maybe not a single.

It eventually ended up on the soundtrack of the British film, Blinded By The Light.

There’s a muppet based on Bruce Springsteen

Muppet Bruce Springbean is backed by the S Street Band. He performs a number of Springsteen-like songs including, Born To Add and Barn In The USA.

Why is he called The Boss?

Many people think the nickname, The Boss, is in imitation of Elvis’s sobriquet, The King.

Springsteen actually got the nickname from his time playing the clubs before he became famous. He used to collect the band’s payment from the club owners and share it out with his band members.

He never liked the term ‘The Boss’ but it stuck.

Springsteen played a gig in Memphis in 1976. Several hours after the gig, he decided to visit Elvis Presley at Graceland. He neglected to call ahead and arrived at 3 am. I’m guessing alcohol may have been a factor in his decision-making process.

He got over the wall but was stopped by security guards before reaching the front door. They politely sent him on his way. Elvis wasn’t in the building anyway. He was in Lake Tahoe.

The No Surrender Festival Spain

Remember I wrote that Bruce is a global icon? He’s so popular in Spain they have a two-day event every year to celebrate his work. The event culminates in everyone joining in to play and sing one of his songs. It’s called the No Surrender Festival.

Anyone who plays an instrument is invited to contribute. Actually, everyone is invited although maybe not his former school classmates. Or the rubbish bin teacher. The punchy priest is possibly persona non grata too.

The first festival took place on 7th and 8th July in 2017 in Vilanova de Bellpuig in Catalonia, North-East Spain. The song chosen for the mass play-along was No Surrender. The event now takes place every year when not disrupted by Covid-19.

The annual festival became so popular, the organisers had to change location to Parc de La Serra in Mollerussa, Spain to accommodate the crowds. More than 1,200 musicians played Badlands at the 2018 festival.

This looks like a whole load of fun; I’m going next time. I think we’ll be covering Dancing in The Dark.

(An earlier version of this article first appeared on medium.com)

¹ The Words and Music of Bruce Springsteen, Rob Kirkpatrick 2006.

Music, short fiction and travel, all with a touch of humour.

Read next: How to Celebrate Valentine's Day at Your Grandfather's Deathbed