The Softer Side of Tupac Shakur: Poetry, Life, & Wisdom

A deeper look at a lesser-known poet. 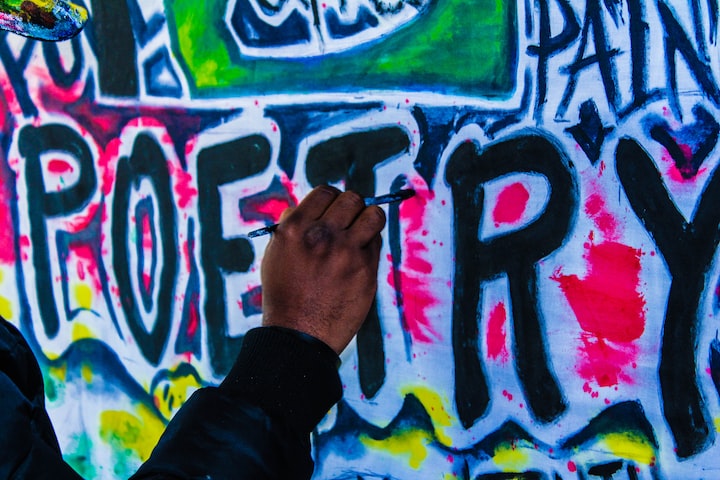 When most of us hear the name Tupac Shakur, we think of 90s rap music and a rather tough exterior. But underneath that hard shell lies a much softer side of him that few people realize existed. After his death, some of his most intimate, hand-written poems, including a book of his childhood poetry and illustrations, were uncovered. His poetry, which is quite heartfelt and profound, offers a window into his personal life, allowing us to see far beyond his hip-hop persona. While the lyrics in some of his rap songs were offensive enough to insult most women and anyone he hated, his poetry is quite the contrast with his music and the image he portrayed.

The Rose that Grew from Concrete by TUPAC SHAKUR

This is the first poem of his that I ever read. It quickly became my favorite because it is so relatable. There is a strong, inspirational message here when thinking about life's hardships. The rose is likely a metaphor for Tupac’s struggles on his road to stardom and success. Flowers are enchanting, especially when they bloom, even more so when unexpected. What has resonated most with me here is his unwavering determination to become something, despite the low expectations of others and the odds stacked against him in a rather cold, hard, and overlooked place. His poem also reveals the importance of holding onto those dreams and not getting stuck on seeking validation from others. Nature is fleeting, and so are moments in life, don't waste time. Know your worth, fight for your dreams, and keep moving forward. I love it.

After reading that poem, I bought a collection of his hand-written poetry bearing the same title, The Rose that Grew from Concrete. What I found was a book of thought-provoking poems with poignant themes.

“Under the Skies Above” is another poem in this collection that reveals his pain and inner strength when dealing with an unthinkable tragedy.

Under the Skies by TUPAC SHAKUR

This poem is heartbreaking, showing the couple's excitement, and then their devastating loss. But it’s more than just a sad poem. It reveals an incredible amount of faith and inner strength needed to cope with such an awful, life-changing tragedy. In the end, he reflects that although it wasn’t the outcome they had hoped for, he chooses to see it as a gift from God. I found this poem to be sensitive, inspirational, and positive. It isn't always easy to communicate that when tackling heavy subjects like this.

Tupac understood the struggles of an artist. Through his poem “Starry Night,” he showed appreciation for the talented Vincent van Gogh, who no one significantly noticed until after his death. For many artists, including van Gogh and Tupac, it isn’t about making money; it’s about sharing your gifts with the world. Van Gogh's gift was painting. Tupac's gift was writing. Tupac had that incredible drive and passion for being creative. Through his poetry, he shared a hidden talent with us, revealing that he is truly one of a kind.

Hey there! Thanks for reading! If you enjoyed this article, please let me know by sending a like or comment below. I’d love to hear your thoughts! This article was featured as a top story in Vocal Media's Beat community. You can subscribe to future article by me here and connect with me on Twitter: @jennwardwrites.

Thank you again for your support!

More stories from Jennifer M. Ward and writers in Beat and other communities.