by Jon Clynch about a year ago in concert
Report Story

Rush, Neil Peart, and me. 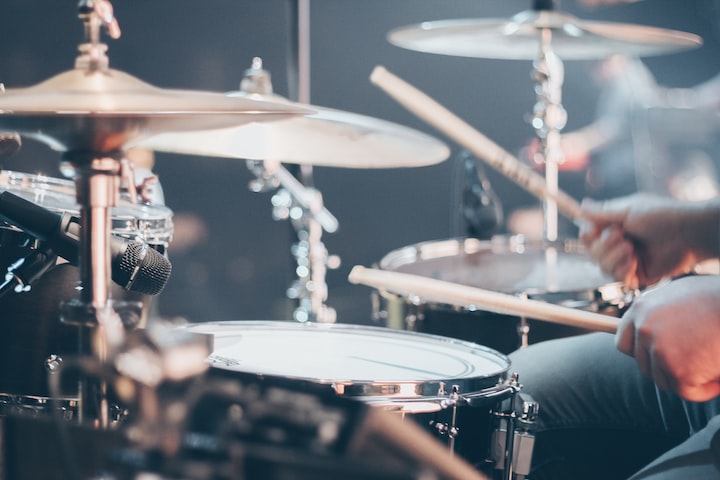 Photo by Josh Sorenson on Unsplash

On my sixteenth birthday, my two elder brothers exchanged sidelong glances as I opened a card from them. Inside I discovered a ticket to see Canadian supergroup, Rush, at the NEC, Birmingham. To say that I was excited is something of an understatement. When the day arrived, I could barely stop shaking with anticipation, much to the amusement of my brothers. Since the very first time I heard The Spirit of Radio, probably their biggest and most famous hit, I fell in love with Rush. Geddy Lee, Alex Lifeson, and Neil Peart were (and remain) my heroes. My brothers and I bought every album, which I, somehow, inherited later. Instead of doing homework, I would listen to 2112, Moving Pictures, A Farewell To Kings, Hemispheres, and so on, at unhealthy volume through my headphones - a move which I now regret, due to the beginnings on tinnitus that are threatening to blight my hearing and sanity.

I fancied myself as a lead guitarist, attempting to mimic the solos that Alex wrung out of his 'axe' with ridiculous precision. I felt the surge of glory at the crowd's rapturous applause, imagining it was me playing La Villa Strangiato rather than Mr Lifeson. My admiration for all three of these virtuoso musicians grew tremendously the day I saw them at the NEC, but especially for Alex Lifeson, to whom I am eternally grateful. As we boarded the coach at Lincoln, I noted with dismay that every single person, including my brothers, was dressed in denim and leather. Except me. Yes, I sported the obligatory denim jacket. But in my youthful naivety, I had chosen to wear red trousers (or pants, for you lovely readers outside the UK). More than one comment was thrown, along with smirks that made me sink down in my seat, hoping it would swallow me. We arrived at the NEC, eventually found our seats, and waited. The moment came, the band was announced. And I was blown away. One by one, the band members arrived on stage. Imagine the surge of joy and utter vindication as Alex bounced across the stage...wearing red trousers!

Although our cheap seats meant that Rush were distant figures on a stage that looked about 12 inches wide, that experience was one of the highlights of my life and is something I'll never forget. As I grew older, their music changed, and I changed along with it. It became a soundtrack to my life. I never became the rock-legend axe-hero I planned to be, though I acquired several electric guitars, one of which is gathering dust in the corner as I type this. As technology advanced, I got rid of my turntable with the intention of replacing my vinyl Rush records with CDs. This never happened, though in a moment of madness I sold my entire Rush collection to a mate for £20 - something I bitterly regret to this day. I have a few CDs, but even these are outdated as it's all about 'streaming' now.

I get nostalgic sometimes for the feel of the vinyl as I place it on the turntable, lifting the arm onto the spinning disc and hearing the crackle as I wait for the music to begin... But I guess those days are past? It all seems so long ago and out of reach. I feel I should have somehow enjoyed it more, appreciated the experience. As Rush themselves sang, "Freeze this moment a little bit longer, make each sensation a little bit stronger..." in Time Stand Still. Over time, I started to listen more to the lyrics of Rush songs, mostly penned by Neil Peart. He was, aside from being, without doubt, the best drummer of his age (and I'll not allow anyone to say otherwise!), a poet and philosopher of note. I came to appreciate his skill as a wordsmith, and I dare say that it was he who influenced my decision to take up writing. Neil's own personal tragedies (the death of his daughter in 1997 in a car accident, and the loss of his first wife to cancer the very next year) almost robbed the band, and the music world, of his brilliant, unique talents, as he told Alex and Geddy, "Consider me retired."

However, following an 88,000km road trip on which he toured America to do some soul-searching, Neil returned to the band and, luckily for us all, carried on writing lyrics and playing the drums the way only he could. If anything, he was even better! Alas, 40 years at the pinnacle of Prog Rock music took its toll on the band members, with first Alex announcing he suffered from psoriatic arthritis, and then Neil succumbing to tendonitis. It was a devastating blow, personally, and to the wider world in general. But that's a bit selfish, isn't it? After all, each member of Rush had dedicated 40 years or more to creating music that brought joy to millions of us. So I could live with their retirement, so long as they were happy. And then the news broke five years later that Neil had passed away. I can say with absolutely no shame at all that this made me cry and still brings a lump to my throat today. I felt I had come to know the band, Neil in particular. His innate wisdom, dry humour, deep and heart-felt poetry made him a giant figure in my mind. How could he die? I thought Rush would last forever. If they're the soundtrack to my life, who'll take up the reins now they're gone? I streamed Rush songs on Spotify solidly for two weeks and listened to nothing else. I read and listened to interviews of his contemporaries that praised his skills and reinforced just what an absolute treasure he was. He had earned the nickname 'The Professor' for his precision percussion. One quote that made me smile was, "Drummers use metronomes, metronomes use Neil Peart". And so, farewell, Professor. You left an indelible mark on the world of music, on the world in general, and on me personally. Few musicians can boast such a wealth of work, and fewer still can claim to have influenced so many. It's my fervent wish that this world takes heed of your words, for its own sake in these dark and troubled times; "And the men who hold high places must be the ones to start, to mold a new reality, closer to the heart..."

More stories from Jon Clynch and writers in Beat and other communities.