My 8 Favorite Tracks from 'Folklore' and 'Evermore'

by Derek Evers about a year ago in list 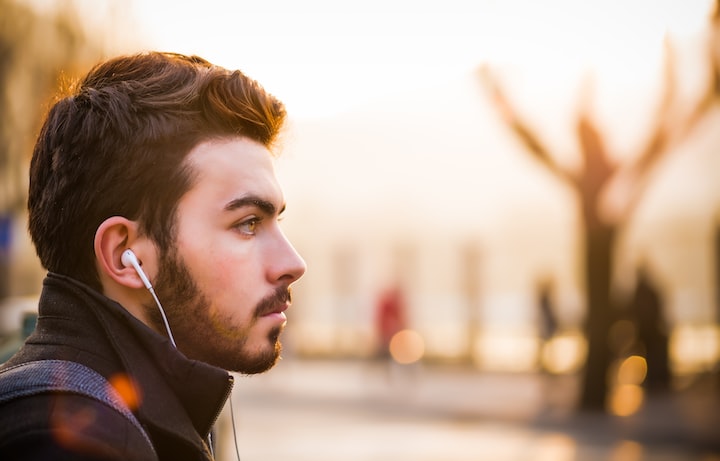 Photo by Alex Blăjan on Unsplash

It's been almost four months since Taylor Swift released Evermore, so I understand that this may seem completely irrelevant. And maybe it is. But is Taylor Swift ever irrelevant? No? I didn't think so.

To be totally honest with all of you, I haven't always been a huge Swiftie (I know, shocking) and it's not because I didn't like her or her music; I think I just wasn't as in love with music as I am now. Now, music is a big part of my everyday and I have a much larger appreciation for her songwriting. More so, I understand that I was completely foolish to not devote my life to analyzing every line of every song she's ever written (because she doesn't spare us any details).

Today, I'd like to share a few of my favorite tracks from her most recent albums, Folklore and Evermore, and maybe convert anyone who hasn't given Taylor Swift a chance recently.

When I first heard "ivy" I wasn't impressed and didn't really think much of it, but as time passed, I fell in love with it. I'm a sucker for a story about an affair but beyond that, the song is really pretty and almost haunting. I picture the characters she's writing about living in a house made of stone that's covered in moss in the middle of a dank forest – spooky! Also, this song is one of many examples of how Taylor makes good use of metaphors and imagery in her songs. Absolutely beautiful!

Oh, goddamn / My pain fits in the palm of your freezing hand / Taking mine, but it's been promised to another / Oh, I can't / Stop you putting roots in my dreamland / My house of stone, your ivy grows / And now I'm covered

This song is beautifully simplistic. And relatable on so many levels. It's all about getting lost in thought thinking about the 'what ifs' of a past relationship. What if we had spent more time with each other? What if we had just sat down and talked it out? What if we had tried harder? What if you were the one? Ultimately though, the song concludes with this feeling of peace, as if the narrator knows now that that relationship wasn't meant to be – and that it's okay. It's a hard pill to swallow, but so necessary.

But we were something, don't you think so? / Roaring twenties, tossing pennies in the pool / And if my wishes came true / It would've been you / In my defense, I have none / For never leaving well enough alone / But it would've been fun / If you would've been the one

I love that this song is more upbeat compared to most of the other songs on Folklore and Evermore; it's very reminiscent of classic Taylor. "long story short" is the complete opposite to "the 1" – instead of feeling nostalgic and wondering what if a certain relationship had worked out, the main character in this song (which I believe is Taylor) is certain that the relationships of the past are meant to stay there. And that all those bad relationships lead up to this point where the character can love and be loved the way they deserve.

This song is by far the prettiest song ever written by Taylor Swift (feel free to fight me on that) and I am desperately wishing and hoping my love life turns out as magical as it did for this character. Once again, the narrator of the song seems to have been through dating hell, but ends up falling in love with someone in a almost divine way; as if fate had them connected always. If that alone doesn't sound beautiful, then the string instrumentation will change your mind!

Time, mystical time / Cuttin' me open, then healin' me fine / Were there clues I didn't see? / And isn't it just so pretty to think / All along there was some / Invisible string / Tying you to me? /Ooh

Such a cute song, "dorothea" is all about a friendship that never died despite growing up and growing into different people. This song has a special place in my heart because it reminds me of my bestfriend. We've known each other since we were toddlers and although we have definitely had our hard moments, we've stayed by each other's side. That's what I think of when I listen to "dorothea" – the bestfriend I'll never leave behind.

Hey Dorothea / Do you ever stop and think about me? / When we were younger / Down in the park / Honey, making a lark of the misery / You got shiny friends since you left town /A tiny screen's the only place I see you now / And I got nothing but well wishes for ya

Once again, a song I relate to deeply. "peace" is about a person who's been through hard times, knows they're going to go through more, wants to be there for their partner's own difficult times, and is asking their partner if they're okay with the possibility of never feeling at peace. I feel like it's kind of equivalent to someone who feels unworthy of love because of their "issues" (it's me, I'm 'someone'). It's wonderfully tragic, smooth and full of emotion.

But I'm a fire and I'll keep your brittle heart warm / If your cascade ocean wave blues come / All these people think love's for show / But I would die for you in secret / The devil's in the details, but you got a friend in me / Would it be enough if I could never give you peace?

This is a hard one for me, and I debated whether or not I should include it, but "marjorie" has helped me a lot through my own grieving process. My family lost my older brother in 2020 and this song helped me see that my brother isn't gone completely – he's still here, in the details of our memories. One of the sadder songs, the one I cried to the most, and the song that reminded me "What died didn't stay dead / You're alive, you're alive in my head".

"mirrorball" surprisingly has become one of, if not, my all time favorite songs, not just from Taylor Swift but, from any artist ever! It's so tender and loving, almost like a lullaby or whispers between lovers, but feels so desperate, too. When I'm listening to this song, I picture a gay couple who can't actually be together because one partner is still closeted and the other partner is constantly battling to get the love they want – that could just be me projecting, or maybe that's a possible storyline Taylor was going for. Who knows! What I do know is that this song is absolutely stunning and beautiful and if there's any song you should take a chance on from either of these albums, it's this one.

And there you have it, my eight favorite songs from Folklore and Evermore! It wasn't easy picking and choosing, but hopefully you found something new to listen to or, if you're like me and you've listened to these albums about a 100 times each, you now see these songs with a new perspective.

If you enjoyed this article, check out my collection of haiku poems inspired by Folklore and Evermore:

Thank you for reading! If you enjoyed, please leave a like, share, and read some of my other work by clicking on my profile icon. It really helps support me and I really appreciate it! Thank you for your time!

Hello! I'm Derek, a writer based in Portland, OR. Author of short stories, poetry, and blog posts about the things that interest me. Be kind to yourself and others, always.

More stories from Derek Evers and writers in Beat and other communities.