by Mary Knutson 7 months ago in song reviews
Report Story

Why "TRY" from the PJO musical is such a banger 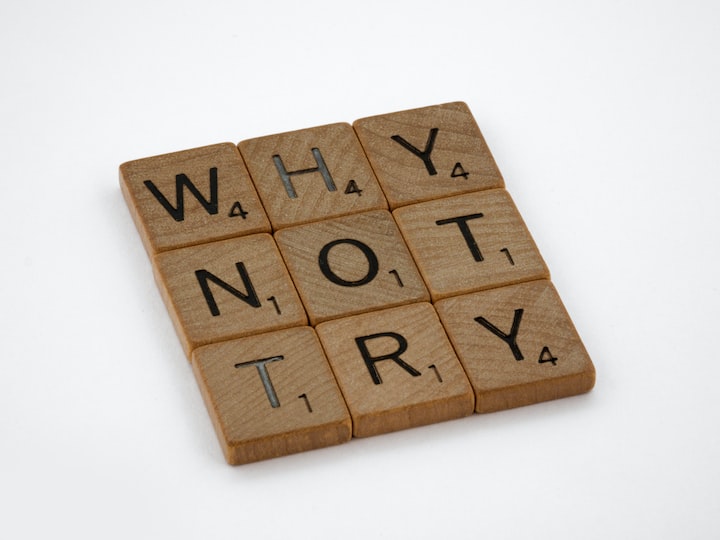 Okay, why is next to no one talking about the songs cut from the Percy Jackson Musical? I've had the song "Try" on repeat for hours and with lines like "I may fail but it doesn't mean that I won't try," who wouldn't?!

It absolutely blows my mind that this song was cut, along with "Pick a Side," "In the Same Boat," and "Take the Weight" adds a more serious tone to the musical, something that would probably resonate with the adults who read the books as kids.

In a world that is ever changing and scarier than ever, songs like "Try" remind us that even our heroes get scared and will "probably get the whole thing wrong." It's okay to feel crushed and stifled under the pressures around us.

"I already know it, I'll probably blow it but I'm going there anyway." Like, what a power move. To know that the odds are stacked against you and you very likely will fail, but you tighten your boot straps and stand up tall then take the step and try.

So much around us is pushing in and threatening to crush us. These songs tell us that it's okay to take a stand, we aren't the only ones who are afraid. It's more important that we try than if we succeed. There are very few quotes about succeeding your first try but to finally succeed after 2,448 fails means more than any first success ever could, and it's something almost everyone can relate to. Even Winston Churchill said "Success is not final, failure is not fatal: It is the courage to continue that counts."

I'm going to be honest, (this isn't like my usual posts so far, why start now?) I've been really struggling with my mental health recently and hearing my childhood hero say things like "The weight of the world's on my shoulders/Like Atlas is crushing me down/We're not brave, we're not strong, we're not soldiers/my heart's just a drum, and, d*mn, does it pound" nearly had me in tears. Not to mention the stanza right before it which said, "I may fail you/If I fail to/Fight til we're all in the clear/Look my fear in the eye."

As a writer, I understand why it was cut--it had a different tone than the rest of the musical and sits a little heavier than the rest of the songs they kept. However, while it may have been cut, the producers still made the decision for it to be available on YouTube and other platforms. It may not have been kept in the musical but it was still given to the fans, and people who need it can still find it.

Grad school is hard, harder than I thought it would be and harder than I was prepared for and I may yet get the whole thing wrong, but I'm going to give it my all. This song shifted my perspective and told me it's okay to be scared, it's okay to be crushed by the world, it's alright to know that no matter what you still might fail. The important thing is that you try. So, I'll keep trying and if I get it wrong than I'll try again and again and again. Because eventually, I'll get it right.

I'm not planning on a bunch of people reading this so I didn't go back to edit or anything, but if you made it to the end, thanks.

More stories from Mary Knutson and writers in Beat and other communities.