How an orchestra on the brink of death revived the world.

by Alissa Mann 7 months ago in history

An unlikely ensemble of starving musicians, a disgraced Soviet composer, and the resilience of the human soul. 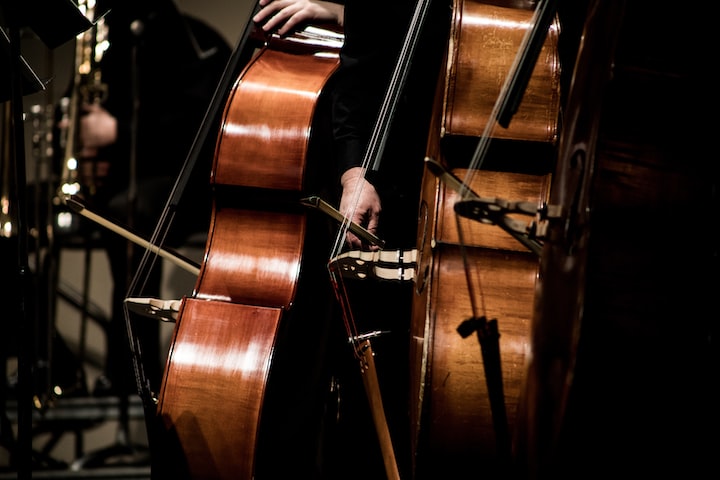 Photo by Kael Bloom on Unsplash

This is the story of a symphony which sang of hope and humanity across the decades. Leningrad, Dmitri Shostakovich’s seventh symphony, embodied the spirit of resistance from its very conception, but it is the individuals embroiled in its history who are the true inspiration behind this message.

1942, and the siege of Leningrad (now St. Petersburg) is well underway. The German army has been bombarding Leningrad for over a year, entirely cutting off its supplies. The population is starved, cold, and under constant attack from above. They’ve taken to eating rats and cats because there’s nothing else. People drop dead in the street and with no one to bury them, the bodies stay there.

Living in Leningrad and constantly confronted with the savagery of war, composer Dmitri Shostakovich translated the horror he saw into a symphony which would tell the story of their suffering to the rest of the world. It would convey the despair, perseverance and the hope of the citizens of Leningrad. Shostakovich composed this piece under bombardment, famously being interrupted by an air raid mid-way through his first personal performance of the piece. He and his young family evacuated the city however, before he could see his symphony's harrowing premiere.

That premiere was performed by the Leningrad Radio Orchestra. The Soviet government commissioned them to provide ‘spiritual sustenance’ to the Russian population during the war, but after a year under siege the musicians were struggling to survive, let alone spiritually nourish all of Russia. Advertisements were placed across the city, beseeching anyone who could play an instrument to offer their services. The orchestra’s rehearsal log dated from that time is bleak - “Rehearsal did not take place. Srabian is dead. Petrov is sick. Borishev is dead. Orchestra not working”.

When conductor Karl Eliasburg was asked to conduct and broadcast this premiere, his task must have seemed impossible. Many were barely able to hold their instruments, and one trumpeter was so weak that he struggled to blow a single note. Eliasburg used rations as both carrot and stick for the musicians. He withheld bread rations from those who did not turn up to rehearsal, whilst simultaneously making sure they were sufficiently nourished to physically play their instruments without passing out.

It is shocking, yet inspiring, to hear what the musicians overcame to perform the seventh symphony. The drummer, Dzaudhat Aydarov, was believed to be dead. Only out of desperation did the conductor visit the morgue, and joyfully discover that Aydarov was still breathing and was (with a little recovery time) capable of playing the drums.

Just before the broadcast was due to take place, the Russian army launched a sudden brutal attack on the surrounding Germans in the hope that they would be kept at bay long enough for the musicians to perform uninterrupted. Speakers placed throughout the city broadcasted the performance to surviving citizens and, defiantly, also to the German enemies outside.

Olga Kvade was in the audience in the Leningrad Philharmonic Hall, only eighteen at the time. In a BBC documentary, she recalls:

"On the one hand I wanted to cry but at the same time there was a sense of pride. 'Damn you, we have an orchestra! We're at the Philharmonic Hall so you Germans stay where you are!' We were surrounded by Germans. They were shelling us, but there was this feeling of superiority."

Few origin stories are quite so dramatic. The Leningrad Radio Orchestra certainly fulfilled their brief to provide spiritual sustenance, going far beyond the duration of the war and the borders of their country. In the midst of war, the seventh symphony was internationally received as a symbol of hope amidst the fighting. It embodied the triumph of humanity over barbarism.

Since its conception, the symphony has been criticized for being simplistic, both musically and in its message. Perhaps this is true, but the value of Leningrad isn’t in its compositional technicality. It is valuable because it tells the story of suffering and defiance. It embodies the struggle of those who first performed and heard it - the citizens of Leningrad. To this day, it continues to be relevant as an expression of conflict everywhere; always offering hope that, in the end, humanity will prevail.

Perhaps this accusation of ‘simplicity’ can be explained by examining the context under which it was written. Under Stalin, Russian artists of all varieties had to toe a fine line and make sure that their art supported Party values. As Russia marched further into the twentieth century, ‘guidelines’ for Soviet artists became ever more of a minefield. Shostakovich had already offended Stalin with previous work, so his seventh symphony had to please the authorities. Fortunately, this musical narrative of hard-won victory satisfied Soviet cultural officials, Russian and western audiences, and even the enemy outside of Leningrad alike. As critic Richard Taruskin aptly summarised, ‘guns go bang whether wielded by tsarists or Soviets and all that Shostakovich had put into the score […] was the bang’. Nonetheless, after the war ended it didn’t take long for Soviet authorities to change their minds, presumably deeming the seventh symphony too bourgeois, and the symphony was banned.

In 2012, British rapper Plan B (Benjamin Drew) used a sample of the symphony in his song Ill Manors, which was a response to the London riots and ‘society’s failure to nurture its disadvantaged youth’. Transferred into a completely different political climate, country and century, Shostakovich’s composition retains its relevance, demonstrating its power to emotionally communicate with the listener, no matter the context. When writing Ill Manors, Drew said that his intention was to ‘get under people’s skin’ - something which Leningrad has done since its composition.

Back in the twentieth century, Leningrad spoke to so many who were suffering under the effects of war. Shostakovich became a symbol of hope and resistance. I think the story of the seventh symphony resonates with people so powerfully because it acts as a reminder that even in adversity, strength and beauty can be found and upheld. If starving musicians and composers can overcome the cruellest hardships of war to create something so sublime, then perhaps there’s hope for humanity.

See all posts by Alissa Mann →