by svocal02 about a month ago in art
Report Story 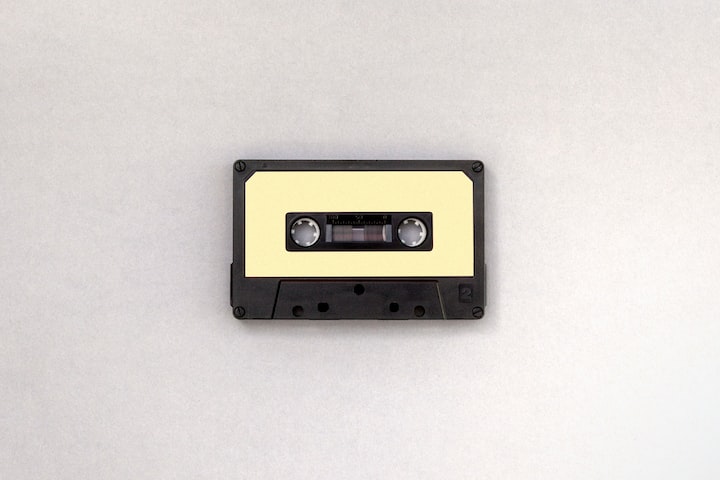 Hip-hop is a genre of music most often characterized by a strong, rhythmic beat and a rapping vocal track. The genre originated in New York City in the 1970s as a cultural exchange among Black, Latino, and Caribbean youth and has grown into one of the most consumed genres of music in the United States. As a culture, hip-hop is built on four main pillars: DJing, rapping (also called MCing), breakdancing (usually called breaking or b-boying), and graffiti.

Hip-hop music has a rich and varied history, starting in New York City in the 1970s:

• Origins: Early hip-hop music saw its roots in the 1970s in the New York City borough of the Bronx. It started as a collaboration among intersecting groups of Black, Latinx, and Caribbean American youth at block parties—community gatherings that featured DJs playing soul and funk music. NYC DJs like DJ Kool Herc, Grand Wizzard Theodore, Grandmaster Flash, and Afrika Bambaataa began to experiment with different techniques during parties, including longer percussive breaks (called “breakbeats'' or simply “the breaks”), turntable techniques, scratching, freestyle, and improvised vocals based on Jamaican “toasting.” They’re often credited as pioneers of modern hip-hop and rap music.

• Expansion through the US: In 1979, hip-hop trio the Sugarhill Gang released what is now widely considered the first hip-hop record, “Rapper’s Delight,” which reached the top 40 on the US Billboard charts and propelled hip-hop into the spotlight—making hip-hop a full-fledged genre.

• Diversification: In the 1980s, hip-hop was in full force. Many different artists began bringing new ideas to the genre, including drum kits (especially the 808), more complex sampling, metaphorical rap lyrics, and broader collaboration with genres like electro music. The ’80s also saw hip-hop spread to an international audience, especially across the UK, Japan, and Australia. Notable songs included “The Message” by Grandmaster Flash and the Furious Five.

• The golden era: The late 1980s and early 1990s were the golden age of hip-hop, in which many performers enjoyed huge mainstream success while introducing major innovations with each new record. Major artists included Public Enemy, Tupac Shakur, The Notorious B.I.G., MC Hammer, Boogie Down Productions, Snoop Dogg, Nas, A Tribe Called Quest, and Big Daddy Kane. The era also saw the rise of gangsta rap, a subgenre that emphasized the lifestyle of inner-city youth and was characterized by artists like Schoolly D, Ice-T, and N.W.A.

• Commercialization: By the late 1990s, hip-hop was a major mainstream genre and created many high-profile artists, including Lil Wayne, Timbaland, Nelly, Puff Daddy, Jay-Z, Ja Rule, DMX, Eminem, and 50 Cent. In 1995, the Grammys added a new award category for Best Rap Album; it was awarded for the first time to Naughty by Nature.

• Contemporary hip-hop: The rise of internet distribution and streaming services at the turn of the century and into the modern-day created an explosion of artists, mixtapes, and experimentation. Artists that rose to prominence in recent years include Waka Flocka Flame, Cardi B, Future, Migos, Travis Scott, Megan Thee Stallion, 21 Savage, and Lil Uzi Vert.

1. Strong, rhythmic beat: A rhythmic beat is the strongest unifying factor of hip-hop music. It can be fast and aggressive or slow and relaxed, but it carries the song steadily forward and serves as a backdrop for vocal performance. Most beats in hip-hop songs aren’t simple drum lines—beat-making is a complex and varied art form that results in other songs and sounds.

2. Vocals: The majority of hip-hop songs incorporate rapping as their main vocal style—a rhythmic, usually rhymed type of chant that interplays with the beat. Other vocal styles include singing, spoken word, autotune, and ad-libs.

3. Breaks: “Break” is a term for long percussive periods in a hip-hop song—in the 1970s, DJ Kool Herc is credited with developing the concept of a break and encouraging dancing (called “breakdancing,” “breaking,” or “b-boying”) during these instrumental measures. Modern hip-hop songs often include breaks to hearken back to the genre’s roots or encourage dancing.

Now one of the most popular genres around the world, hip-hop has an incredible number of artists. Here are a few influential hip-hop artists:

1. Afrika Bambaataa: Often considered one of the founders of hip-hop music, Afrika Bambaataa is a DJ whose music incorporated many elements of electronic and boogie music. His song “Planet Rock” influenced an entire generation of Black pop artists and new wave rockers.

2. Dr. Dre: Originally part of the rap collective N.W.A, Dr. Dre found massive success as a solo artist and producer and became a major influence in the development of West Coast hip-hop.

3. Drake: With more than 170 million records sold, Drake is one of the best-selling musicians in the world, combining genres like hip-hop, pop, R&B, and trap.

4. Jay-Z: Often considered one of the biggest influences in modern rap and hip-hop, Jay-Z has been a prolific artist since 1996. He also holds the record for most Grammy awards won by a rapper, with 23.

5. Kanye West: Kanye West’s eclectic discography combines many different genres and styles, from progressive rock to gospel and heavy sampling to synthesizers. He is credited with consistently innovating hip-hop and introducing new influences to the genre.

6. Lil’ Kim: Lil’ Kim is a rapper and fashion icon with three certified platinum records and a number of hit songs, including “No Time,” “Not Tonight,” and “Big Momma Thang.”

7. Nas: A highly regarded lyricist and producer, Nas is a New York rapper who has made major contributions to hip-hop, especially with his albums Illmatic and Life Is Good.

8. Nicki Minaj: Nicki Minaj is one of the best-selling female hip-hop artists of all time, and all four of her studio albums have been certified platinum.

10. Public Enemy: A New York hip-hop group featuring Chuck D and Flavor Flav, Public Enemy has been active since 1985 and is acclaimed for their political messaging.

12. The Roots: The Roots are a hip-hop group formed by Black Thought and Questlove. Their fourth album, Things Fall Apart, was lauded for its inventive use of sampling. The group is The Tonight Show With Jimmy Fallon’s house band.

13. Run-DMC: A pioneer of new school hip-hop in the 1980s, Run-DMC was the first hip-hop group to be featured on MTV, and they are inducted into the Rock & Roll Hall of Fame.

14. Tupac Shakur: Tupac Shakur is widely regarded to be one of the most influential rappers. Part of the gangsta rap movement, Tupac is known for his inventive, often poetic lyrics. His 1996 album, All Eyez on Me, was certified diamond, and all five of his posthumous albums have been certified platinum.

15. Wu-Tang Clan: Wu-Tang Clan is a Staten Island-based rap group consisting of several major figures in the hip-hop community, including Ol’ Dirty Bastard, RZA, and Method Man. Their debut album, Enter the Wu-Tang (36 Chambers), is often listed as one of the best rap albums of all time.

Want to Learn More About Music?

More stories from svocal02 and writers in Beat and other communities.