by Anna Kerr 7 days ago in list
Report Story

featuring All Time Low, Against the Current and more 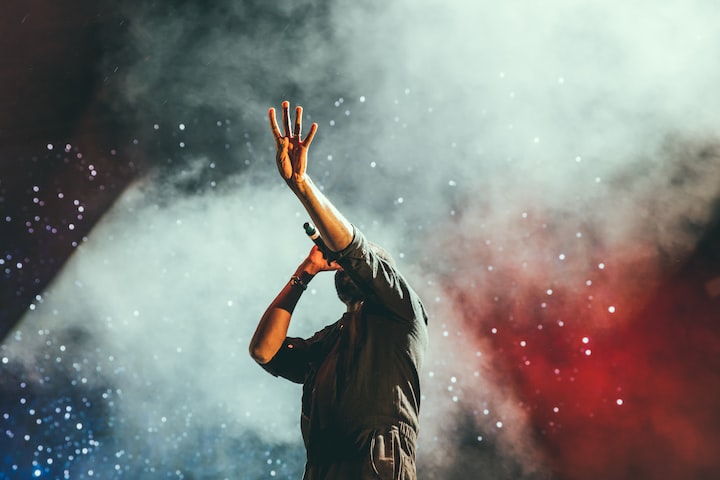 I have a very interesting taste in music. There's really not much I wouldn't listen to, at least once. From heavy metal, to jazz, to fiddle music, to alternative, I've listened to it all.

But through everything, I've grown to have a great appreciation for cover songs. In fact, sometimes I do prefer the cover version. That's what inspired me to write this. This is an appreciation post to those bands who absolutely kill the song, sometimes, better than the original artist. They're truly in no particular order, they're just ten of my absolute favorites.

There's a reason this video has 73 million views; it absolutely rocks. In fact, it's what led me to their music and now, I can't get enough. They have so many good songs, especially from their latest album, True Power. I can't say I'm a huge fan of most of Taylor Swift's songs (don't hate me!), but this version is one of my favorite songs.

The Animal in Me is probably my favourite band that does covers, and it's not even close. In fact, there will be more of their covers found later in this list. They have a way of bringing pop songs to life. I prefer pop punk over regular pop, so when this song came out it was at the top of my playlist. They also do have original songs, which I definitely recommend as well.

Besides the music video taking an interesting spin, Ice Nine Kills does a fantastic job of bringing this song to life and giving this song the "creep" factor, it truly deserves.

7. Ain't it Fun - Against the Current (Paramore)

I'll preface this by saying I love Paramore; they're a fantastic band. But I do believe Against the Current does a better job of executing this song. They're also another one of my favorite cover bands and have quite a few original songs as well.

I still remember the first time I heard this song; there were chills down my spine. Granted, I didn't give the original version much of a chance, I was hooked on this song, and this band as soon as I heard it. In addition to covers, they do "mash ups" of an artist's songs mixed into one song that are absolutely fantastic.

5. See You Again - The Animal in Me ft. Richard Rogers (Wiz Khalifa)

Here they are popping up again. This is another absolute amazing job done on the song, and it sends chills down my spine every time I listen to it. There's a reason they are my top choice in any covers they do.

Again, Linkin Park is a great band, but there really is just something about this song that just is truly amazing on all levels. Fame on Fire is another band I would check out more of their covers; they truly are fantastic.

I'm not an Adele fan by any means, but she does have some good lyrics, and Go Radio does a fantastic job of covering her song. They're featured on Pop Goes Punk, Volume 4.

Featured on the album Pop goes Punk Volume 3, Artist vs Poet does a really good job with this song, originally by Lady Gaga. Honestly, there are so many bands and artists I would never get to enjoy if it weren't for the cover songs introducing me to their work.

This is truly the cover song I never knew I needed until it came out. I think I have easily listened to this song at least one hundred (if not more) times. All Time Low also happens to be one of my favorite bands of all time. Their most recent single, Sleepwalking, has become an instant favorite. If you haven't checked it out yet, I highly recommend you do so!

More stories from Anna Kerr and writers in Beat and other communities.