by S. L. Harpel about a year ago in list

'80s Rock isn't just known for its big hair and love ballads. There are some epic blasts from the past perfect for blaring when you're just not in the mood for love, but Valentine's Day didn't seem to get the memo. Check out this list of top ten Anti-V Day songs to add to your playlist. 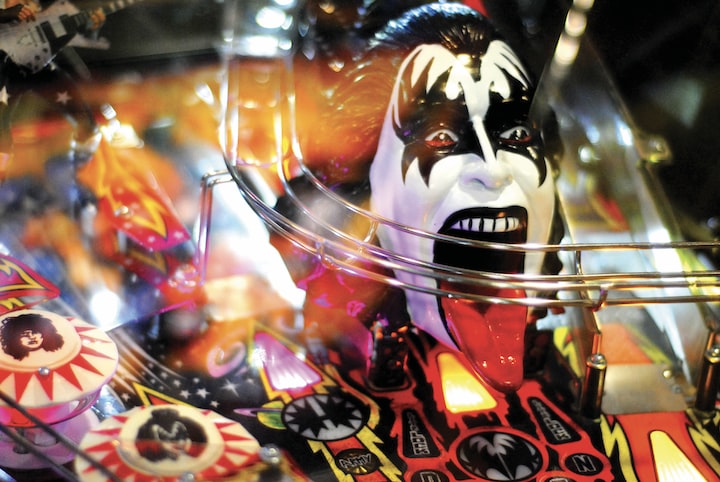 I grew up with parents stuck in the '80s and early '90s which drastically shaped my taste in music. While most were listening to the likes of Boys to Men and Usher in my neighborhood, I was still jamming to the old tunes my dad kept on vinal.

Meeting my husband in the early 2000s we bonded over the fact that we both loved rock music. We were quick to realize that our definition of rock was vastly different.

He was from Seattle, Washington, and to him, it was the birthplace of true rock, what most refer to as Grunge.

I politely tried to explain to him that really wasn't rock and roll. I started out soft with some Guns and Roses or Aerosmith to warm him up to Rock in its purest form.

After a while, we learned he had his music and I had mine, and just left it at that. Though there are many great Grunge Rock songs that will be making my list today-blame his influence-I would like to think the best type of playlist for an Anti-V day party would be some good old American Rock and Roll

My husband has lovingly dubbed it "Butt Rock" and for some strange reason, the name stuck.

So here is my list of ultimate Butt Rock songs for an "I Hate Love Day" Fest:

Nothing says 'single lady' on the best chocolate eating day of the year like darkness and sadness. That's why my number 10 pick comes from my husband's Grunge love.

If the familiar remake doesn't put a smile on your face, his amazing melancholy tone will certainly get you in the mood to eat a whole pint of ice cream by yourself and not even feel guilty about it!

Maybe it's your first V-day single in a long time, you're just coming off a bad break up and you need a hard beat to get your blood pumping and make you feel better about the split...

Nothing makes you feel better instantly than pointing out all your ex's faults!

Yeah, just click on this one and you'll get what I mean...

If you're a lover of Butt Rock then you know all good rock songs are required- and I mean REQUIRED- to have an epic guitar solo.

Can't find that ultimate Butt Rock song that has nothing to do with mushy love that you can play on repeat on the dreaded 14th thanks to the best guitar solo ever written?

Well, I had to reach into something a little lesser-known, but in my opinion one of the best bands in the world...

Now this song technically is a rage against the parents, but I think it works well for just being generally pissed off. I think it's safe to say that a great many feel that emotion when Love Day comes around every year.

Even more noteworthy than the hair and make up Twisted Sisters sported was the reach back in time when music videos lasted like a half hour and told their own little movie.

The first three minutes of the video didn't even have music in it! I was all just telling a story, and I got to appreciate the time and effort videos used to produce beyond Bentleys and scantly clad ladies shaking their booties.

Now this song may not come from the '80s and '90s but Bon Jovi was certainly an iconic figure from that age. If I got a penny for every time I listened to Slippery When Wet...Well, let's just say I wouldn't need to get pennies on Vocal!

Nothing says rage against the system like Bon Jovi's It's My Life!

What can we take from this rock ballad? Stand your ground! Live your life! Do it your way! Most importantly, enjoy the ride cuz "you ain't going to live forever!"

To be honest, I don't know that I ever heard of another song from this band, and they are definitely more in the 80's techno vibe, but I don't know a single person who wouldn't hear this song and start singing along to the chorus!

For number 4 I had to go back to one of the kings of Rock and Roll. He is iconic, he is brilliant, and he has swag and style all his own! And let's not forget that huge mouth!

For the Love will you just SING WITH HIM?

I had to bring in another king of Rock and Roll for this one.

Sometimes all you want to do when everyone else is smooching and loving up on each other is just BREAK FREE!

Break out of the norm, that mold that others pressure you with, and just live your own life.

And again, come on that guitar solo is amazing!!

I couldn't leave this list without one of the most iconic rock bands of all time.

I'll give you three hints...

They wore face make-up and big hair, (okay that probably didn't narrow it down much)

Platform shoes, leather, and spikes were regular garbs for them.

And the lead singer had a particularly mesmerizing length of the tongue.

Did you guess Kiss? I hope so! The only thing better than listening to their old music is watching reruns of Gene Simmons reality show.

It was hard to pick just one of them, but pick I must.

I don't think anything would brighten my mood on an otherwise crappy day like War Machine.

My last pick is from one of my all-time favorite bands, and another Rocker turned reality star.

If you weren't rooting for Axel Rose to find love on VH1 then I think me and you were born in two completely different worlds!

Not only is this song one of my favorites by Poison, *again Guitar solo people!* but it was also one of the few rock ballads not about falling in love or some girl that caught their eyeliner eye.

It's a good reminder that there are all kinds of love out there not just the mushy sappy romantic comedy kind. So maybe you're having an "I hate V-day party" but that doesn't mean you have to disown love altogether.

There are all kinds of love out there. Take the 14th to celebrate the loves you have in your life.

Love for your family!

And maybe...just maybe...you'll find Something to Believe In this Valentine's Day.

S. L. Harpel is a self published author of the Protectorate Series. She is homeschool mom by day and crazy insomniac writer by night. When she isn’t pumping out books she can be found doing weird old lady crafts like crocheting blankets.

More stories from S. L. Harpel and writers in Beat and other communities.