by Hector Allemand 3 months ago in history
Report Story

Although textbooks are a common source of information, they are not always accurate or objective. 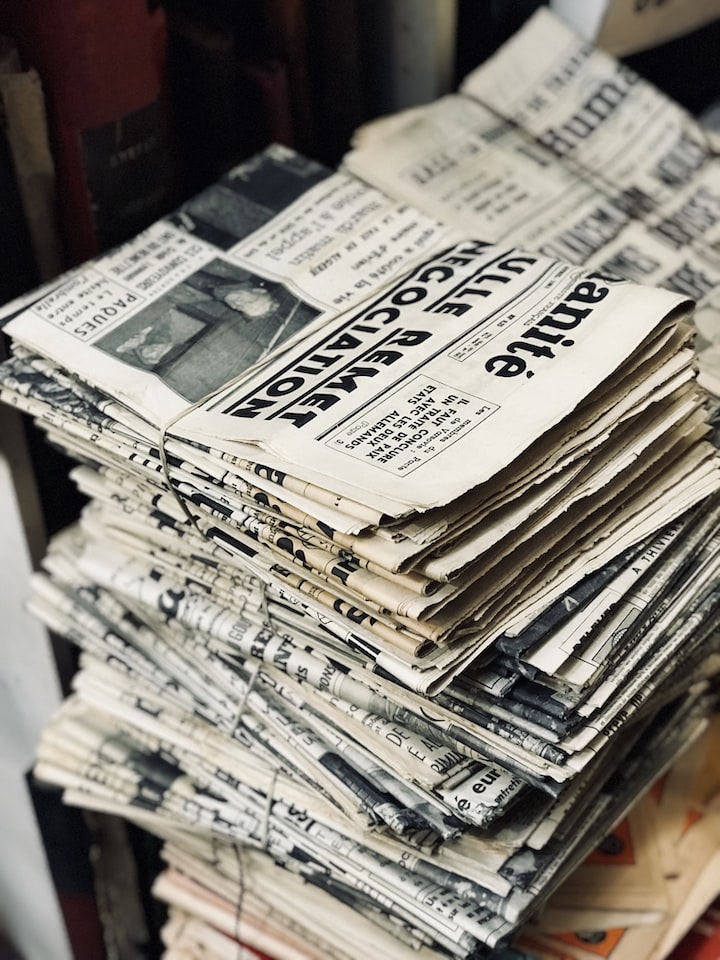 High school history teachers across the country are slowly realizing that their textbooks are outdated. That is, they've recently digested the latest research on primary sources in history and are frantically rewriting their curriculum materials. This is great news for students — thanks to more authentic primary sources, they'll be better prepared to understand our modern past and the context of current events.

History textbooks are often written by editors or people with a specific agenda.

They provide students with an overview of world history and give them some context for their own lives as they learn about past events. However, these textbooks often have problems that make them less than reliable sources of information on certain topics. For example, history textbooks written before World War II often portrayed Japanese Americans as disloyal citizens during World War II (Chang).

This is not true; however, this stereotype was perpetuated by some historians who wanted to justify President Franklin D Roosevelt's decision to intern Japanese Americans during World War II (Chang). This was not just an isolated incident either; there were many instances where historians were influenced by their own biases or agendas when writing their histories (Chang).

This means that some parts of your history textbook may not be accurate at all!

History textbooks may present information that is biased, misleading or simply incorrect.

History textbooks also fail to mention some important historical events because they are not considered important enough by teachers or publishers to include in their books. For example, if you look through your textbook and see nothing about World War II or World War I, then there is probably a reason for this: no one wants to read about these wars anymore!

History textbooks should not be used as the only primary source for research projects.

The authors of these textbooks often have their own bias and point-of-view, which can influence what they write in their books. The best way to use history textbooks is as secondary sources to help you understand how someone else interpreted a particular event or time period. For example, if you were researching ancient Egypt and wanted to know more about how its culture developed over time, using a textbook would be helpful because it would give you an overview of Egyptian history as well as some context for why certain events happened when they did.

You could then go back and use other primary sources such as ancient Egyptian writings or artifacts to supplement your understanding of this topic because they offer a unique perspective on events that might not be covered in your textbook (or at least not in great detail).

Even when using history textbooks as a primary source, students should confirm information by looking for additional sources.

For example, if you see a name in quotes, this probably means that they were not there when it happened and are just giving their opinion about what happened (for example: "The Vikings thought that rape was fun"). If you see footnotes or endnotes at the bottom of pages, these usually refer to other sources about the subject that may have more information about it than what is written in this book alone.

In most cases, history textbooks have not been coded by librarians as primary sources. Most of the time, when teachers instruct students to use textbook for research, they are not asking them to use the book as a primary source. The thing is that history texts are one of the only places a student from can get a firsthand account of an event.

Even a historian doesn't have access to all the details that exist in their text books. As a result, finding information on certain topics in old history textbooks is easier than finding it in other records that have been coded as primary sources. By not coding these tools as primary sources, libraries are doing students and historians a disservice.

More stories from Hector Allemand and writers in 01 and other communities.