From VR headsets to full-body haptic suits and omnidirectional treadmills, tech wizards are busy developing the devices we’ll use to get a truly immersive virtual reality experience in the metaverse. 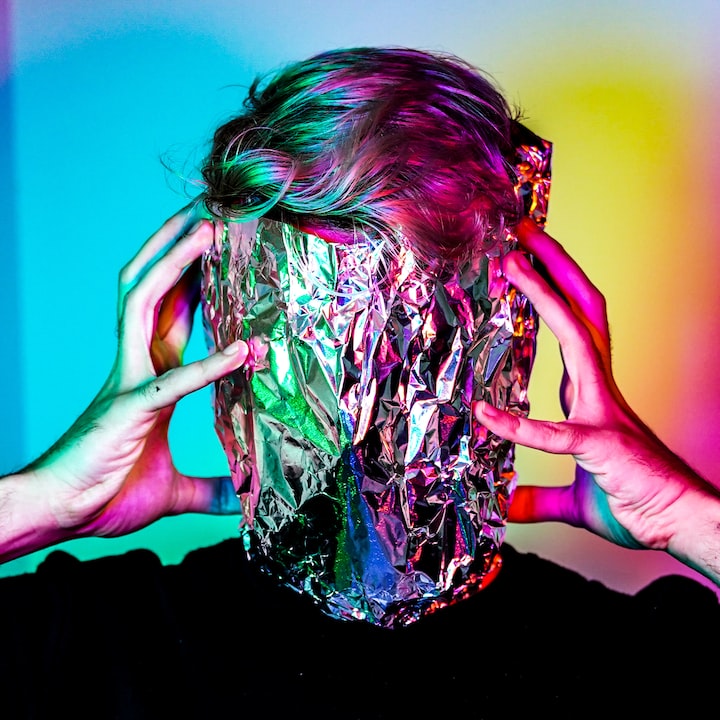 Meta CEO Mark Zuckerberg has been busy making slightly creepy videos trying to sell us on the metaverse. He thinks it won’t be long before we’re all hanging out in our digital space ships, playing cards with weird-looking robot avatars, gasping at trippy 3D NFT street art, and occasionally dropping into our mixed reality workplaces.

The promises are big, but Zuckerberg is putting his money where his mouth is. Meta has already spent $10 billion on building the metaverse in 2021 — and that’s only the beginning.

Read: What is the Metaverse and Will it Change Anything?

So if the metaverse is landing soon, how do we get in for a peek? Here are the seven future-tech devices you’ll need for an immersive virtual reality experience in the metaverse…

This is your passport for a digital journey into the metaverse. Already popular in the gaming world, VR headsets have been on the market for a handful of years. The Oculus Quest 2, for example, is an all-in-one unit, which means you don’t need a separate gaming console to use it. The Oculus already brings together VR gaming, entertainment, fitness and social experiences in a kind of metaverse-lite. Oh, and Meta owns Oculus, so expect to hear much more about it as the metaverse evolves.

While VR headsets totally immerse you in the digital world, AR glasses mix physical and virtual realities. They use a digital lens to overlay images and data on your real-world view, and enable you to capture first-person images and video. You may have heard that Facebook teamed up with Ray-Ban to develop Ray-Bay Stories Smart Glasses. This is really only the tip of the iceberg of what AR glasses will become in the metaverse. Google and Apple are also working on their own AR glasses, so we’ll likely see big steps forward in this space.

Tracking our hand movements and gestures inside the virtual world is critical to delivering a more natural, seamless experience. Enter AR wristbands. Meta has already launched one that uses electromyography (EMG) to detect wrist and finger movements. The technology is currently limited to identifying only a handful of movements, but future advances are tipped to drastically improve its sensitivity to micro gestures.

Here’s where things get really sci-fi. Haptic gloves will introduce a tactile experience to the virtual world. A series of soft motors, actuators, sensors and other tech wizardry will allow wearers to grasp and feel virtual objects as they interact in the metaverse. Meta-owned Reality Labs is working to reproduce a range of real-world sensations like texture, pressure and vibration.

Why stop at gloves when you can put on a full haptic bodysuit? The Teslasuit is a full-body haptic suit that captures motion and provides sensation through electro-stimulation sensors. Teamed with a VR headset, haptic bodysuits will drastically improve how we interact inside the virtual world, and add a real sense of physicality and touch to our virtual experiences.

Omnidirectional treadmills are designed to provide a realistic sense of walking around in a virtual world. They are similar to the treadmills you’ve seen at the gym, but allow users to naturally walk in any direction. The Infinadeck Experience Platform, for example, features a 360-degree moving floor and integrates with VR software and hardware (such as a VR headset).

Here’s where it gets really scary. Also known as extended reality (XR), this is the final frontier for the metaverse. While brain-computer interfaces (BCIs) that are implanted directly into the brain are still years away from mainstream use, researchers have already used neural implants to help people who have suffered speech regain the ability to speak. As this space develops in the years to come, BCIs could turn the metaverse into a Matrix-style digital world that is indistinguishable from our physical reality.

Vocal readers claim your FREE subscription to THE MALCONTENT.

Shane is just another human. He writes, he paints, he reads. He once got his tongue stuck to the inside of a freezer. Actually, he did it twice because he thought the first time might have been a fluke. https://themalcontent.substack.com

More stories from Shane Peter Conroy and writers in 01 and other communities.