by Varga Norbi 9 months ago in electric
Report Story

As western companies start picking up their technological innovations. 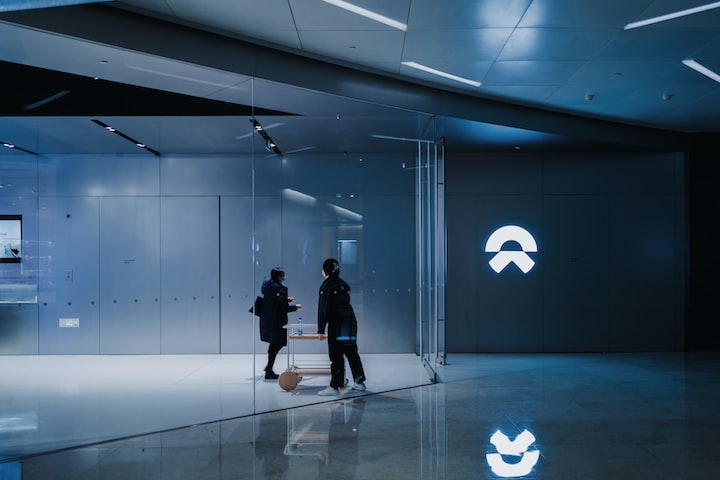 Photo by Li Zhang on Unsplash

The electric car movement as I like to call it has given birth to countless new vehicle models from a wide variety of manufacturers, as nearly every one of them seems to be embracing the new direction the industry is heading towards.

However, despite the fact that we most commonly associate electric cars with Elon Musk’s pioneering Tesla brand, the market is much larger than that, with Japanese, German, French and Italian manufacturers all having already launched some impressive rides.

While we may be familiar with a multitude of brands and models, the West seems to be ignoring the country which produces more motor vehicles than the United States, Germany, Japan and France combined.

According to the Organisation Internationale des Constructeurs d’Automobiles (OICA), in 2021 alone, China has produced just over 26 million vehicles, including truck, busses and obviously the everyday passenger cars. The United States sits second on the list with roughly 9 million, while Germany and their 3 million vehicles are ranked sixth.

Although we in Europe or the U.S. often view Chinese cars as low quality copies of western models, it would be foolish to discredit the effects of competition on such a large market.

As such, some Chinese manufacturers have embraced the stylistic preferences of western buyers in order to create some truly remarkable cars, which, unsurprisingly, have already made their way into the European market, namely in countries such as Norway.

With the electric car movement going as strong as ever in Europe, it is safe to say that the manufacturers who are focusing on selling their products in Europe need to give buyers a range of EVs to choose from. Luckily, Chinese carmakers knew that years ago, and the last thing to sort out was competition.

We can imagine how difficult it is to compete with the widely popular German manufacturers, whose reputation has been solidified on the grounds of high quality standards and peak engineering, especially when considering the general view on Chinese products in Europe.

Well, some Chinese manufacturers are surely giving their competitors a true run for their money, because while we in the West embrace and live with some of the biggest issues surrounding electric vehicles, the Chinese have worked out ways to fix those very issues.

These being said, allow us to shift our attention towards the problems western EVs are yet to overcome, and how the Chinese manufacturers are succeeding in fixing them.

Although it would be a far stretch to say that western EVs are lacking in terms of performance, given the existence of cars such as the Tesla Model S or the Porsche Taycan Turbo S, we did want to point out the fact that despite expectations, there are in fact a few electric Chinese supercars, most influential of which being the NIO EP9.

After its appearance on the Grand Tour, presented by arguably the world’s best car show hosts, NIO and their incredible masterpiece have gained a considerable amount of recognition, largely thanks to the enormous fanbase the hosting trio has.

While there are still some practicality issues surrounding the EP9, its manufacturer sure made a solid statement with the lap time of their 1,341 horsepower crown jewel.

However, this is simply the tip of the iceberg when it comes to NIO’s brilliance, but we simply couldn’t resist the urge to talk about the EP9, so let us continue…

We are not talking about the range or energy consumption, as these factors vary largely from one model to the other, being largely dependent on the battery pack and engine of each particular vehicle.

The practicality issues most car buyers are concerned with when thinking about purchasing an electric vehicle is the charging time. After all, having a small EV to cruise around the city with and leave it to charge overnight or during lunchtime sure works, but what about longer rides?

Imagine going on a road trip with a couple of family members or friends who can simply refuel at any petrol station when running low in order to keep going, with you having to wait until your batteries are full again. While modern superchargers have significantly reduced the charging times we were used to, it’s still not considered quite practical to repeatedly have to wait for your car to charge.

Once again, NIO proves that anything can be sorted out through some clever engineering.

The concept of replaceable battery packs has long been brought up in the electric car industry, as it would make EVs much more efficient and practical for the average consumer. Simply entering the equivalent of a charging station in order to replace the drained batteries with a set of fully charged ones is seemingly the better alternative, but as practical is it would be for the EV owners, creating a network of such stations would be anything but simple for the manufacturers.

Although this approach also raises plenty of issues, such as the need for standardized battery layout and sizes, NIO has been putting this method to the test.

The company is already experiencing quite good amounts of success in Norway, and it allegedly plans to expand its reach across Europe. Of course, this also implies that NIO will start working on a network of battery swapping stations across the countries where its more commercial models will be sold.

The concept of replaceable batteries is nowhere near revolutionary, but the practical implementation of this technology in commercialized, everyday vehicles surely is. All of that and the fact that NIO’s vehicles are designed to fit the western market leads to the conclusion that this Chinese manufacturer is very, very likely to gain a lot of traction across Europe and maybe the U.S

Looking into the price range for newer electric cars, the numbers are as we’d expect them to be, with electrified versions of more modest cars being the most accessible, and the sky being the limit when it comes to luxury brands.

However, it is worth noting that NIO is far from the only Chinese car manufacturer looking to expand its commercial range. With new players entering the European and American scenes, the main element of commerce, competition, will be getting stronger.

That is not to say that the established manufacturers are expected to drop their prices significantly, but we can indeed expect forgeign manufacturers to try settling into the market through consumer-friendly price tags.

The company we’ve mostly talked about so far, NIO, has hinted at the likely price of their ET7 model, which sits at the more expensive side of the spectrum.

Although we cannot say for sure what the 2025-2030 car market is going to look like, it definitely is a subject of great interest, as the industry’s dynamics are shifting more dramatically than ever.

We cannot say for sure what the level of concern surrounding the safety of lithium batteries is, but it’s also best if we don’t really have to find out through numerous incidents.

What we do know, however, is that the commonly used lithium batteries can be highly unstable when damaged, as the few documented precedents show.

The risks of an electric car bursting into flames during a crash may not be huge, but are certainly real.

If we want to imagine a future where EVs rule the streets of most major cities, this is definitely an issue which needs to be sorted out, and thankfully, Chinese car company BYD might have just come with a feasible alternative to lithium-based batteries.

This manufacturer uses much safer blade batteries, which have been shown to be considerably less likely to catch fire once damaged.

While it may not seem all that impressive, rumors have it that Tesla is looking to purchase the rights to the technology in order to use it in their vehicles, since prevention is undoubtedly the safest approach.

This shows once again just how important the advancements made by Chinese manufacturers really are, as we are still discovering the to-be industry standard for electric cars.

As previously mentioned, we are still setting the foundation for the vehicles of the future, as safety, costs, and efficiency are all parameters we need to cautiously balance out in order to create an industry standard.

It would be foolish to say that established companies are going to be pushed out of the market, but we can confidently predict that the influence of the Chinese manufacturers is only going to grow for during the 2020s, as the stereotypical perception surrounding Chinese cars seems to be shifting towards a more welcoming perspective.

It wouldn’t be surprising is certain brands, including NIO, would gradually keep winning ground in the western scene, but the main point of interest surrounds the technologies originating from China.

If the consumers demand something, such as swappable or safer battery packs, manufacturers don’t really have an option, because if they won’t give customers what they want, somebody else will. This will eventually lead to the standardization of the modern vehicle, and we can only congratulate the Chinese manufacturers for their advancements and contribution to this lengthy process, which will most certainly be appreciated.

If you are passionate about electric vehicles, make sure to check out my list of the best electric cars on the market for 2022 by clicking here!