The Best Electric Cars on the Market for 2022

by Varga Norbi 8 months ago in electric
Report Story

Value, comfort and style from the most remarkable models of the electric car movement! 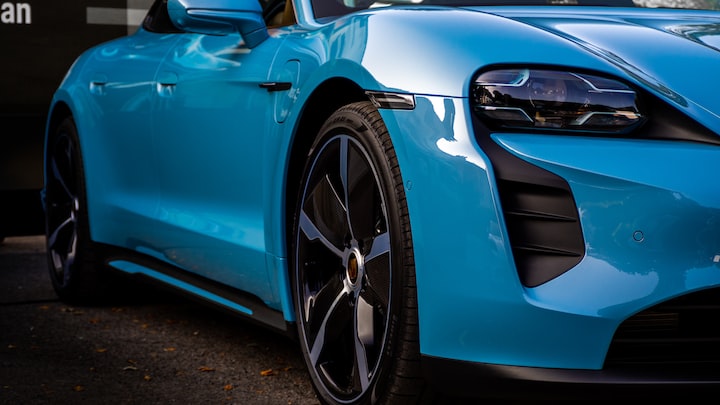 Photo by John Holden on Unsplash

With surging fuel prices and an overall increase in taxes for highly polluting big engine cars, the global demand for electric vehicles has understandably grown to unprecedented levels.

Towards the end of the 2010s, most car manufacturers had already embraced the electric car movement, with some otherwise unexpected models entering the market. Competition is strong in the car industry, leading to a process of constant improvements to the image of the average electric vehicle.

Ten years ago, electric cars were nowhere near as popular or diverse as they are today, and we couldn’t talk about this evolution without mentioning the internet’s most beloved, yet notorious figure, Elon Musk. It is safe to say that the world’s richest man is also the one who effectively started the so-called electric car movement, which in itself is a very impressive achievement, considering both the business and environmental side of things.

However, as more EVs hit the market each year, it gets difficult to see what exactly sets them apart, as besides the manufacturer’s badge, most models are virtually the same as their competitors.

This list features some of the most memorable cars to come out of the electric car movement, based on different criteria for each entry. Note that the list is no particular order, and the entries are based solely on personal preference and opinion.

The Golf is one of the most successful production series to ever hit the modern car market, along-side the Passat and Polo. It’s hard to find European streets or parking lots which don’t have at least a couple of VWs, as the industry giant has always excelled at balancing between price, comfort and quality.

Known for reliability, the Golf series was the obvious choice when it came to creating an electric Volkswagen, as we couldn’t imagine a future where the e-Golf was never launched. Meanwhile, the ID series is a close relative of the Golf, perhaps its successor, which is why we treat both models under the same entry.

The word which best describes our view on the Golf’s electric cousin is standard, in a good way. With the reliability guarantee which Volkswagen is known for, the e-Golf or ID series can easily become the go-to car of the future for the average buyer, with moderate maintenance costs and hopefully wide availability for replacement parts.

From the Grand Turismo to the Turbo S, Porsche offers a wide range of models of the already impressive Taycan, which mixes the power of electric engines with top quality engineering.

Car enthusiasts know that Porsches continuously deliver in terms of performance and quality, and the Taycan series is no exception. From the gorgeous exterior which made us use the Taycan as this article’s image, to the luxurious interior, it’s safe to say that the Taycan is one of, if not the most brilliant machine to come out of the electric car movement.

The only downside of the Taycan is what we’d normally expect from any Porsche, the acquisition and maintenance costs. Throw in a couple of optional features, and a Taycan’s price can reach a small fortune. In terms of maintenance, while Porsches don’t particularly break down often, you can expect any service or maintenance operations to leave your wallet considerably lighter.

(not an actual photo of the Dacia Spring, as free-to-use images of this model are hard to come by)

On the cost effectiveness side of things, the originally Romanian car manufacturer has made a statement by releasing the Dacia Spring model, which was pretty well received across Europe.

While the quality of the materials and the amenities in the Dacia Spring are quite far from what you get in some of the more pricy electric vehicles, that does not make this entry necessary cheap, as the Spring offers some great value for money.

With a declared range of just over 200 km, this 45 horsepower EV makes for a great city car, which is why many companies decided to use them for professional purposes.

What determined us to include the Dacia Spring is the cost effectiveness of these EVs, as Dacia is known for low service fees and inexpensive parts, which make up a considerable percentage of a car’s real costs.

Probably everyone reading this article was expecting a Tesla to show up, frankly understandably. Elon Musk’s brilliance and restless efforts forever changed the way we look at modern automobiles, as his role in the electric car movement cannot be denied.

Teslas are perhaps the most technologically advanced and customizable electric cars out there, although it is worth mentioning that the German manufacturers are definitely making a statement through the strong competitors they’ve put out there. Yet, despite the fact that many may prefer Porsche or Audi’s entries, it is undoubted that Tesla remains the most iconic electric car manufacturer out there.

However, getting your hands on and living with a Tesla can be a bit difficult for some people, as the manufacturer does not have as many showrooms or official service buildings across the world as its more well-established competitors.

While each Tesla is unique in one way or another, the Model S seems to be the most balanced and beloved series, making it our pick for this list.

Japanese car manufacturers have been experimenting with hybrid and electric technologies for a while now, making it quite difficult to pick one particular model for this list.

However, the Hyundai Kona Electric seems to get it right on every aspect. Looks, comfort, range and cost effectiveness are just perfectly balanced out with the Kona, which is why this car’s hybrid antecessor has flooded the streets of Europe’s larger cities.

While it ultimately comes down to personal preference in terms of picking one of the frankly similar Japanese EVs, the Kona simply has an element of extra attractiveness, perhaps because of just how good this car looks in a variety of striking colors.

You may not get the well-established interior quality of the Porsche, nor the speed of the Model S, but this isn’t really a downside when considering just how much those cars actually cost in comparison with the Hyundai Kona.

Old-school muscle car enthusiasts probably hate the Mach-E, as the concept of the Mustang is synonymous with large engines, aggressive exteriors and exciting rides, but that’s exactly why the Mach-E made the list.

Not only does it showcase the evolution modern cars need in order to stay relevant, but it probably also is the most exciting EV on the market, when considering that the other alternatives fall into the luxury car category, which reflects in their price tags.

This car is simply stunning for a small SUV, as it incorporates everything we love about the traditional Mustang’s exterior. Not only that, but everything else about this car was made to resemble the Mustang as much as possible, and the non-traditional aspects such as the range or price tag make the Mach-E a very tempting model for anyone looking to buy an electric car.

This entry on our list was initially planned to go to the Jaguar I-Pace, but the sheer amount of character the Mach E boasts thanks to its resemblance to the traditional Mustangs ultimately stole the spot.

As car manufacturers are shifting away from internal combustion engines, we cannot wait to see what the future of the automobile industry is going to look like. Fossil fuel is a finite resource, and with the number of cars put on the streets each year only increasing, an all-electric future is ultimately unavoidable.

It is quite foreseeable that only a small selection of high-end vehicles will remain petrol-powered, for the sake of the wealthy car enthusiasts who typically have a harder time accepting the future of the industry.

That being said, keep a keen eye out on your favorite series or manufacturers to see if perhaps your dream car will get an electric adaptation, as the need for green, renewable energy continues to shape the future of automobiles!