What to do When You Meet the Asian Mafia

by Tree Langdon 10 days ago in travel advice

They were driving taxis. 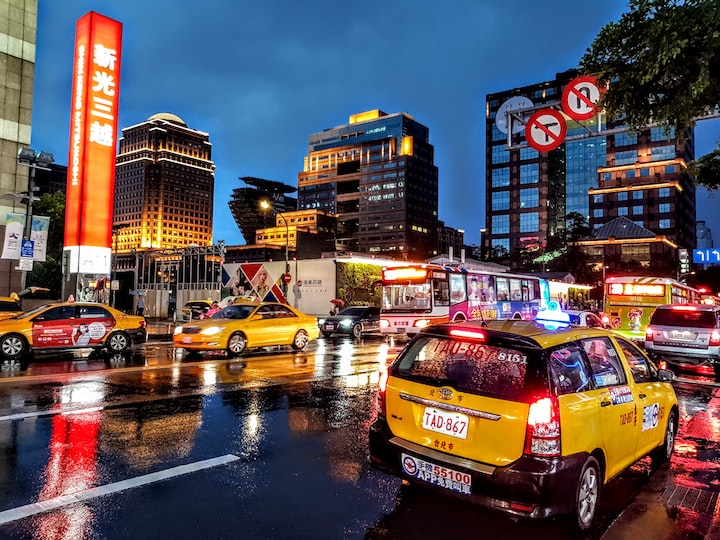 Photo by Jeffrey W on Unsplash

I enter the main airport, dragging my bag behind me.

It’s been a long flight and it feels good to stretch my legs.

First, we line up at customs, where I receive a cursory welcome from a bored official who randomly stamps a page in my passport.

Lines of weary travelers shuffle to the main terminal where they’re greeted by people holding signs with names on them.

I can’t help but read them, even though I’m not expecting anyone to greet me.

Each sign holder looks at me closely, hoping I’m the one they’re waiting for.

It's the same at every airport around the world. Weary travelers face a lineup of people hoping to make a few dollars selling you a service.

Most of them are helpful, many mean well, and then there are the ones you have to be more careful with.

Next, I’m approached by people I call “The Helpers”.

They try to take my bag and load it onto a cart.

No, I say firmly, keeping a grip on the handle.

I’ve had experience with this tactic. They wheel your luggage to the taxi area, unload it on the sidewalk, and ask for money.

If you smile or meet anyone’s eyes, you’re approachable, so a friendly person speaking English will try to engage you in conversation.

I know if I pause, they’ll have me, so I keep walking.

Normally I have a friendly smile for everyone I meet.

Once I was in a market in Thailand where people constantly approached, selling their wares.

“No”, I would say, smiling. “No, thank you”. They would persist to the point that I was getting irritated.

Then I realized it wasn’t very fair of me.

I was really saying “No, Yes, Maybe”, which was confusing.

At the taxi stand, I find the man in charge. I tell him the name of my hotel and say “metered taxi”.

He narrows his eyes and says “one hundred”. I repeat “metered taxi” back. We go back and forth a bit as he tries to get me to agree on a fixed price but I persist.

Eventually, we agree, or he gives up, I’m not sure which. He whistles and a taxi moves forward in the line to pick me up.

Before I settle into the back of the cab, I tell him the hotel name and say it again. “metered taxi,” and I get a nod.

I don’t have a lot of local money so I ask “US dollars, ok?” He nods in agreement.

We are driving out of the airport when I see him take a piece of paper and put it on top of the meter, so I can’t see it.

“Oh,” he says, “yes, metered,” and pulls the paper off so I can see the meter ticking away.

Our eyes meet in the mirror and I know he’s not happy.

I sigh and settle in for the ride.

When we arrive at the hotel, I give the driver ten dollars, which I have calculated is equal to the one hundred and twenty showing on the meter. He thanks me profusely.

Hmm, I think. Maybe he was a little bit too happy.

Later that week, I discover that the going rate for a taxi from the airport is one hundred, which is five US dollars. I paid double.

At first, I’m frustrated with myself.

I thought I had it all figured out. Then I remember:

I just paid the price of arrival.

If you enjoyed this story, send me a tip so I can write another one.

Or share it on social media. Your recognition means a lot to me.

This story also appears on Medium by Tree Langdon, the author.

For most of my life, I worked in business as an accountant, in marketing, and then as a controller for a large educational institution. I decided to change my path which gave me more time for writing and travel.

See all posts by Tree Langdon →