Leaving the Medieval World Behind 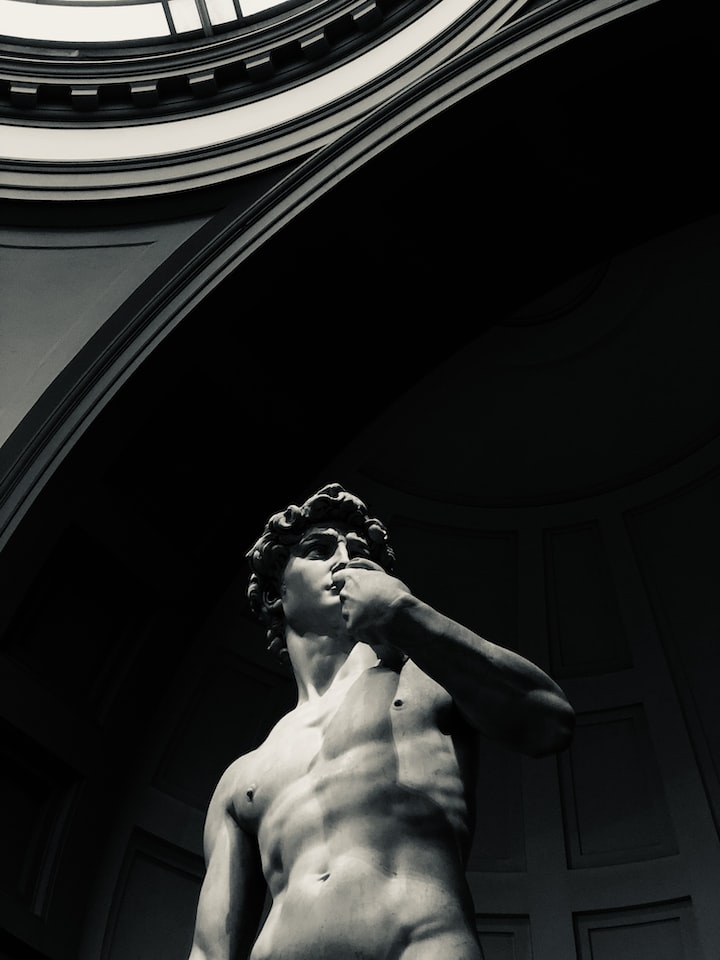 Photo by Adam Gritco on Unsplash

The subject of art throughout the ages has been an evolving study by art historians and archaeologists. Discoveries from the Upper Paleolithic to the Neolithic, often considered artifacts rather than art, have slowly transitioned in importance and relevance to the art world. Following this historic period, Christianity played a role in much of the artwork found in churches and cathedrals beginning with the Early Christian period through the Early Medieval and then Gothic periods. This art was meant to instruct, inspire, and offer a way of life for the illiterate audience. This time of visual instruction soon changed; transitioning from a medieval world to the age of Renaissance.

The rejection of medieval artistic values gave way to a revival of classical values. This transition from the medieval to the Renaissance period occurred in the 14th century. The result was a new, more naturalistic art in which both figures and their surroundings were made to appear more as they might in the real world. People began to manifest a growing interest in the natural world. Artists such as Giotto and Duccio began to abandon some of the conventions, resulting in a greater naturalism in art.

"The development of easily accessible literature was one important sign that the essentially religious view that had dominated Europe during the Middle Ages was about to change dramatically in what historians call the Renaissance" (Kleiner 418).

As depicted in Madonna Enthroned, Giotto aimed to "construct a figure with substance, dimensionality, and bulk - qualities suppressed in favor of a spiritual immateriality in Byzantine and Italo-Byzantine art" (Kleiner 419). In Florence, Giotto, considered the first Renaissance artist, pioneers a naturalistic approach to painting. Giotto incorporated stage-like settings in his work at the Arena Chapel. Giotto's revolution in painting restored the naturalistic approach of classical antiquity, based on painted images on observed naturalism, and stressed the preeminence of sight as a way of knowing.

"Fundamental to the development of the Italian Renaissance was humanism, which emerged during the 14th century and became a central component of Italian art and culture in the 15th and 16 centuries" (Kleiner 418).

Humanism, (considered a code of civil conduct by some), focused on education and on expanding knowledge (especially of classical antiquity), the exploration of individual potential and a desire to excel, and a commitment to civic responsibility and moral duty.

The Renaissance became an age of discovery and a period of revival for cultural awareness; attracting patronage from the church and wealthy merchants, such as the Medicis. The Renaissance (meaning rebirth) was a term used to describe the history, culture, and art of the 14th - through 16th-century western Europe during which artists consciously revived the classical style. The Renaissance was characterized by a renewed interest in ancient Greek and Roman art and design and included an emphasis on human beings, their environment, science, and philosophy. Some of the earliest examples of the new Renaissance style in sculpture are the statues that Nanni di Banco and Donatello made for Or San Michele.

The ancient Greek and Roman sculptures provided a template for the Italian artists of the Renaissance period, depicting naturalistic portraiture of key religious figures such as the Virgin Mary and the Christ Child. This rebirth of the culture of ancient Greece and Rome; also known as the Classical Period or Classical Antiquity, found its birthplace in Florence, Italy. The truthful representation of the observable world, known as naturalism, was a drastic change from the Gothic and Medieval renderings found in cathedrals. Donatello's, David, from the Palazzo Medici, Florence, Italy, ca. 1440-1460, was the first free-standing classical nude since antiquity and is representative of the revival of the interest in and respect for the human body. Donatello was also a pioneer in relief sculpture, the first to incorporate the principles of linear and atmospheric perspective.

Italy was the center of the emergence of the Renaissance, however, its influence spread across Europe. Artists throughout Europe began to consider the natural world and the Grec0-Roman Classical Antiquity in artistic renderings. Paintings, murals, and sculptures become more lifelike. These naturalist works of art embody the culture, religion, and patriotism throughout Europe. The Renaissance artists' contributions to the arts continue to inspire aspiring artists. And like all things, the classical will find its way back into prominence, introducing a new generation of naturalists.

More stories from Rebecca A Hyde Gonzales and writers in Wander and other communities.