If He Didn’t Walk Around With Just a Sarong, Maybe He Wouldn’t Get a Tick On His Dick

Tales from an eco build in Nicaragua 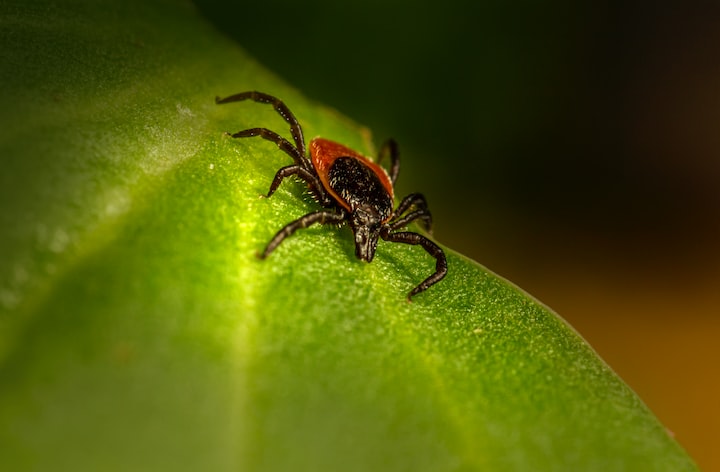 As I was writing another post a couple of days ago, I was recalling a time when we volunteered for an Earth Build construction project in Nicaragua.

I found myself recalling the troubles that we had with ticks while we were there, and suddenly a memory came flashing back and I couldn’t help but burst out laughing.

Of course, Chris wanted to know what I was laughing about, and when I told him he said, “I was just thinking about that the other day as well! I was thinking that if he didn’t walk around with just a sarong, maybe he wouldn’t get a tick on his dick!”

We both near died laughing at that comment. In fact, I could barely type out the title of this but for the tears that were streaming down my face!

Let me fill you in.

We had a housesitting gig in Nicaragua starting in May 2018. However, we had decided to leave Costa Rica at the beginning of April and were heading up north early to see what we could find.

Previously, we had met a lady who told us that she had a friend who was building an earthbag home in southern Nicaragua. She gave us her contact, and when I messaged her she was more than happy to have us come and volunteer with her for a bit.

Upon our arrival, we were introduced to another guy that had already been there for a while.

It didn’t take long for us to realize that he was sleeping with the boss!

He was quite the guy. While the rest of us slaved away on intensely physical projects, he would roam around in the little garden that he had planted, maybe build a small structure for beans to climb up, but then would retreat back to his hammock to while out the day.

I think he figured that his work was more important than what the rest of us were doing.

His own girlfriend told me that she was partnered up with a ‘baby man’, and he was usually complaining about one thing, or the other, while the rest of us tried to ignore him lest we ruin our good time.

Now, after this short description of him, I am sure you can picture it. He wasn’t really a hippy, but I think he wanted to be. Once in a while, he would spout some sort of mumbo jumbo about how we should all be acting like a family. Over time we paid him less and less attention.

One day we are all sitting in the outdoor camp kitchen waiting for lunch when he comes in and slumps down on a chair. You could see that something was amiss, although that was usually the case anyways.

“I got a tick on my dick.” He announced to us all.

Now, the ticks there were a real problem. One saving grace, though, is that they don’t carry Lyme disease, so at least we knew that we wouldn’t die from one. But it didn’t change the fact that we were constantly inspecting each other in the morning and the night before bed. Usually we each had at least one, but more than likely two, that needed to be pulled off our bodies.

It was certainly not my favorite part of this project!

He went on to explain to us that he wasn’t circumcised and that the Tick had made its journey way up to that warm place.

We all felt sorry for him, sort of. It seemed to be the sort of thing that would happen to him, after all. Nature tends to pick on these sorts of suffering souls.

A few more days go by.

He comes into the camp and slumps in the chair.

“Oh, buddy! Really?” I couldn’t help but feel sorry for him now.

“Yeah, but it wasn’t in the same place this time.”

Good to know, thanks for clarifying!

Turns out the tick had just clung onto the side this time. He was happy to share ALL the details.

We didn’t really think about it at the time, but he did wear that sarong a lot! Maybe if he had put on actual clothes, he wouldn’t have had ticks on his dick!

On the second to last day that we were there, it was lunchtime and we were hungry. We arrived at the kitchen tent to find our friend sitting in a chair with his long hair over his face — Cousin It style — and was combing it out. He had really long hair. Did I mention that yet?

He had been sitting there for god knows how long while we were out on the property doing the typical heavy labor things that need to be done with an Earth Build house.

We sat down and commented on how hungry we were. Our host had said that we could go ahead and eat because she was busy dealing with other things, so Chris and I dished up and got started. It was then that our friend piped up and said, “Guys, I wish you would wait for her. This is really bumming out the ‘nice-chill-relaxed-vibe’ that I have been trying to create.”

By that point in our journey with this man, I was finished. Plus the fact that he was picking on me while I was hungry!

I told him, “Well, we are hungry because we have actually been working hard! Maybe if you worked hard you would understand.” Then I added, “Don’t worry, we are going to be gone in two days, and you won’t have to worry about ‘vibing’ with us anymore after that.”

He shut up and let us eat.

I will admit that we weren’t sad to be leaving that project. We toughed it out for three weeks, and if there weren’t so many ticks and a little less dust, maybe it would have been easier. Either way, it was an experience!

Plus, now we know part of the process of building an earthbag home, and we also know not to wear sarongs in tick-infested areas!

Life sure has a way of teaching us many lessons!

Thanks for joining me on part of our Nicaraguan adventure! This is obviously not the typical thing that I write about, but I am always happy to impart some humor into my writing! Hope you enjoyed it:)