"Hind and foresight's into the uncharted Sokoto territory"

by Philip Ebuluofor about a year ago in humanity
Report Story 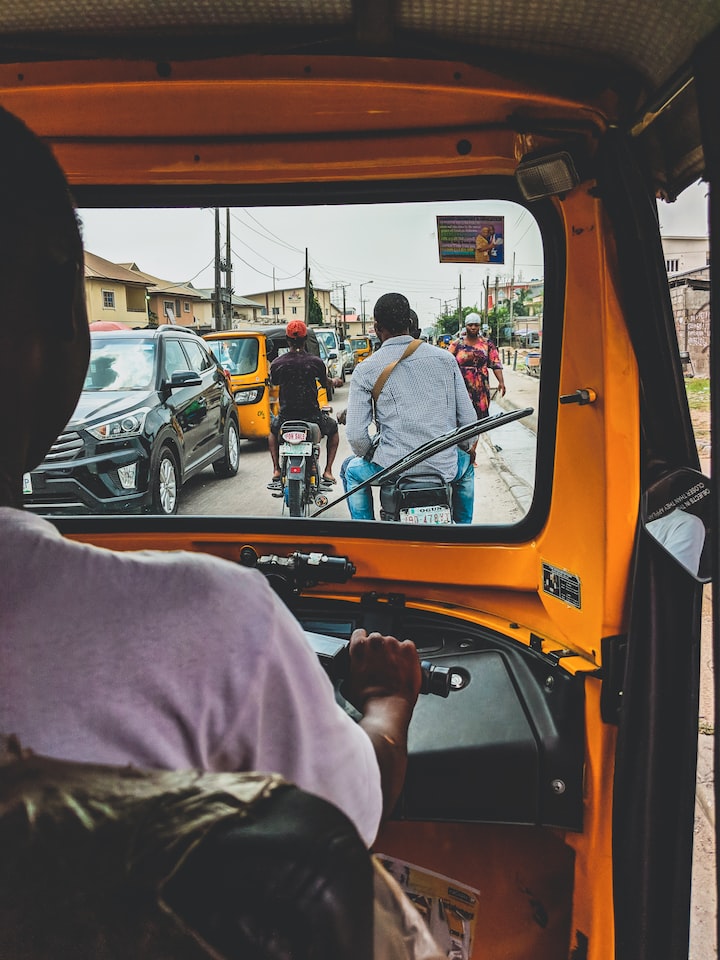 Photo by Joshua Oluwagbemiga on Unsplash

Start“HIND AND FORESIGHTS INTO THE UNCHARTED SOKOTO TERRITORY”

Tourism, the business activities connected with providing accommodations, services and entertainment for people who are visiting a place for pleasure, for information gathering, or to simply to satisfy curiosity.

I wouldn’t know actually what I called myself in most of the travels I have done for I never had pleasure or information gathering in mind even though, a little curiosity was powering my travels.

Years ago, I was in service in Northern State in Nigeria, it was my first time of being in the midst of Fulani people for Sokoto State is Fulani State. I found out that 80 percent of the state is Fulani, remaining Hausa.

Never forget that Hausa’s were the natural indigenes of the place and Fulani's according to the history came from Sudan and northern Africa to teach the Hausa man the route to Heaven.

To make sure that Hausa man did not turned back to his idol way, some of the Fulani’s decided to stay behind and enforce the heavenly route on their helpless host.

The Fulani’s in their intelligent, decided that the shortest route to the abyss of the heart of their host was to learn their Lingo. The Hausa man language was so interesting that the Fulani gradually forgot theirs 80 percent and retain the remaining 20 percent through their aged parents that were eager to acknowledge any youth that can still speak the language.

That was the case with my C.L.O during my days there. He was from Adamawa State, a Fulani man but a Christian. He devised this method of resorting to Fulani language every Friday when Wurno town has their market day and all the aged that can still speak Fulani would practically empty their baskets to him and he would return to the lodge laughing his head off. Fulani language, melody in the ears of the aged.

In our touring, we noticed also that Fulani man would go to farm, or market in the day light, then in the evening, their youths would gather at the Kasuwa (market) square carrying their swords. They are not going to war or something, it is just part of fashion. They usually not felt complete in the evening mostly without shouldering their swords.

One morning, our corpers Liaison Officer (C.L.O) organized a tour of F.A.D.A.M.A. whatever the full meaning is, I don’t know. It was artificial lake built to irrigate the farm lands that stretched mile’s on both of the lake.

According to the Northern Corpers, it was also like that in other states. They built channels on both side of the farms to direct the water.

I saw dilapidated factories, I believed belong to coco cola firm and agricultural firms factory with their broken tractors abandoned for years there.

Yeah, it would be interesting to note also that on our way from FADAMA, we saw three years old twins leading about 100 sleeps that were obedient to their command. We step aside to observe that wonder. One at the front and the other at the back. We saw a bird two guys captured in their farm, wearing neckless (identification mark) with Croatia written on it.

“Travelling – It leave you speechless, then turns you into a story teller” – Ibn Battuta.

Our travelling inside Sokoto, I did a little with trepidation bearing in mind that it was the era of sharia being used as a political weapon to intimidate other regions. So, my exploring had limit.

There was this our colleague from the North, Plateau State but Christian. One day, he knocked and entered the principals compound (the houses were mostly mud houses mixed with Stone that at times, from observation even stronger than the cement houses. Due to adverse nature of the environment there, the weather wasn’t friendly to cement houses. Sahara desert extended to the state).

We heard the principal shouting and our northern colleague rushed out of the compound swearing under his breath.

(1) In rural North, never you enter any bodies compound without being invited. It doesn’t sit well with the male flocks.

(2) If you had any idea of repeating your journey in future, show them you are in the same par with them. They talk 60 percent of the time with their eye.

(3) Remove your shoe outside the door. Most believe in Rugs not tiles.

(4) Keep away from their young girls, it elicits hatred, jealousy that can easily turn to murder. If you need female cargos, they would be more than happy to supply them to you in large numbers.

For a beach holiday, a cruise tour, Sokoto State is out the equation, it is landlocked. But for a safari, a guided tour or a weekend rural break type of tourism, Sokoto can offer you those tours on affordable prices and interesting old places to see too.

City breaks types of tours are popular with the staffs of the local governments in interior Sokoto, So, accommodations are available in the cities at affordable price too.

In interior, there are cement and mud guest houses available. Never be led away with this notion of cave man or ancient places on my mentioning of mud houses, you will be taken aback by how totally and well decorated the interiors are and clean too.

During hot season, nothing provides natural coolness like those mud houses.

There are variarities of local food at an give away prices each season.

Agricultural sector is somehow relatively developed in northern region to compare to other regions. so, food is highly affordable. Visit their markets on the market days, Wurno on Friday, Achida on Wednesday, you would leave with you basket full of local produces and products bargain prices.

I did not particularly notice any cultural event worthy of being noticed, but then, I wasn’t paying attention or looking.

Sokoto was one of the most peaceful states in the North and seat of caliphate is situated there. so, it has its own rich of history both ancient and modern.

Air is clean, rate of pollution is way down, security far better than their other northern state but not perfect.

Where is ever perfect in the world of today.

Go see for yourself, it will worth your time and money.

More stories from Philip Ebuluofor and writers in Wander and other communities.