by Patrick Duane 11 months ago in travel photography
Report Story 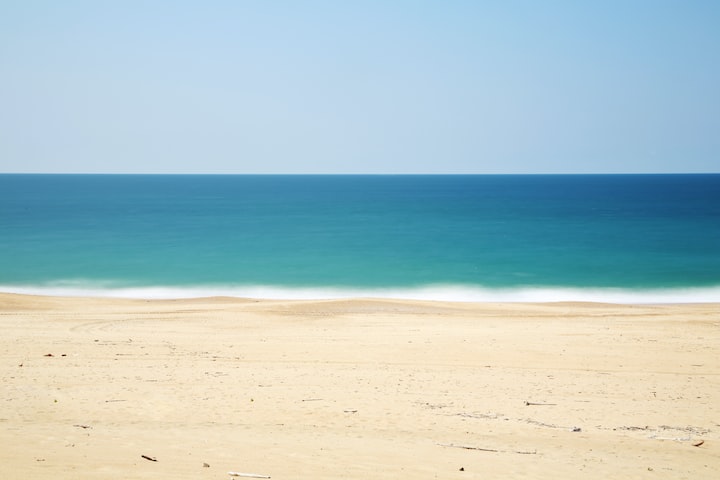 Photo by Lopez Robin on Unsplash

Without doubt, the Dingle peninsula is one of the most stunning areas that I have visited in Ireland. Over the years, I have visited the famous town of Dingle multiple times. So, over the holiday season, it was time to return and delve further into the peninsula to explore new areas. Let me tell you that the road trip did not disappoint and was so much fun.

As we were staying in county Kerry for Christmas and New Year's celebrations, doing daily road trips around the county is very doable. The drive to Dingle was about 1 hour from where we were staying. We didn't stop in the town as most of the businesses were closed. The traffic was super quiet. Something that I haven't seen before in this bustling tourist town.

The plan was to drive all the way out to the edge of the peninsula, stopping off at Dunquin Harbour, and explore the surrounding area. The scenery on the way is some of the most amazing I've seen in Ireland. Mountains, rolling hills, beaches, wild Atlantic Ocean, the green fields, rainbows, truly spectacular.

There wasn't another car in sight when we pulled up to the harbour. Slightly surreal, but no complaints, having the harbour to ourselves! The harbour is slightly off track for tourists in general. The roads are narrow and steep in places. I can imagine it being a nightmare to reach when in the height of tourist season. Although these roads to add to the overall charm of the area.

To me, the harbour feels like something you would expect to see over on Skellig Michael, where scenes from the new Star Wars films were shot. With the steep stone steps, huge rocks jutting out from the wild ocean. If you have seen these films, you will know what I mean.

The views out along the coast and of the ocean are incredible, we could also see the Blasket Islands in the distance. Dunquin harbour is where boats that transport cargo go back and forth to these islands. The wind was blowing strong, and the temperature was cool, but it added to the experience.

The steps and gradient down to the dock is somewhat steep, but nothing you wouldn't be able to manage, well as long as there is no ice! There is something hypnotic about watching the waves crash against the rocks and the white mist spewing upwards, easy to lose track of time.

A short distance away is Coumeenoole beach. Similar to the experience at Dunquin Harbour, it was very quiet at the beach, but we there were some people around. Mainly surfers and some families. Driving to the beach, we saw a magical rainbow. Typical Irish afternoon, a mixture of rain and sunshine with the odd rainbow.

The beach was very charming with a steep cliff face, rock features on the beach and rolling hills in the background. We even found a waterfall on the cliff face. The Atlantic was surprisingly calm in this area, no big waves for the surfers. The ocean looked almost perfect for paddleboarding.

It's also possible to see the Blasket Islands from this beach, and they were visible on the day. We enjoyed everything about the beach and the walk was very relaxing, watching the surfers almost falling asleep on the calm sea, the jagged rocks at home on the beach and the waterfall flowing from the cliff face. A beach that would not be out of place in A Game of Thrones.

It was a shame that we had to leave this beautiful area of the peninsula, but it was time to hit the road back to Dingle and make the last stop of the day.

Inch beach is about 5 km long and is positioned between the Dingle and Iveragh peninsulas. The beach is very popular. During the Summer, it is extremely busy. Very quiet when we visited and unfortunately a heavy rain shower started when we started walking the beach!

That sent us retreating back to the car. We didn't have much time anyway as the evening was starting to close in. A typical Winter afternoon, with darkness arriving, all too soon. Took this picture before taking off. Beams of heaven streaming down on the far away mountains.

The Dingle peninsula is a must-visit if you are touring around Ireland. Driving around the wild Atlantic way can be difficult at times, as it's hard to look around at all the natural beauty when trying to focus on the road!

Dingle town is charming and worth a visit. The town is catered for tourists and the town itself was made famous by a unique dolphin by the name of Fungie who came to visit in 1983 and was the main attraction up until 2020. Daily boats heading out to visit him in the harbour. Unfortunately, Fungie disappeared in 2020. You won't go far without hearing or seeing something about the famous dolphin!

Dunquin Harbour and Coumeenoole beach are magnificent, some of the most western areas of the Emerald Isle. Perfect areas for viewing the wild Atlantic and Blasket Islands. The beach at Coumeenoole can be a good place to catch some waves if you like surfing. Inch beach is another fine beach, with amazing views of the peninsulas on either side of the beach.

If stunning views of beaches, mountains, a wild ocean, green fields, rainbows, among other things is your thing, then you'll have a great time roaming the Dingle Peninsula.

I mainly write of health, fitness, travel and personal development, but I've been known to throw the odd curveball too! My goal is to provide you with entertaining stories that will be of some use to you.

More stories from Patrick Duane and writers in Wander and other communities.