Best Country's To Live In The World

by Bg Das 5 months ago in feature 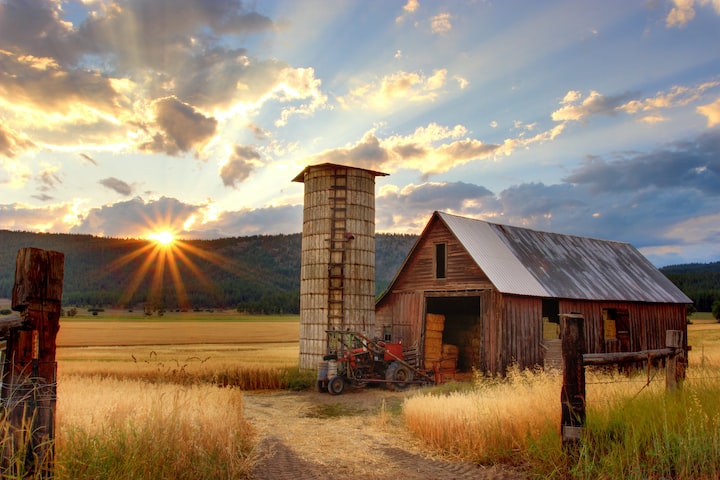 Switzerland is a small Central European country made up of 16,000 square miles of snow-covered Alps, lakes, and valleys. It is one of the richest countries in the world, and it has been known for centuries for its neutral stand. Switzerland has a small workforce, an army of skilled workers, and is one of the world's top domestic products. The country's strong economy is backed by low corporate tax rates, a highly developed services sector led by financial services, and high-tech manufacturing industry. The country is proud of its diversity, and it is home to regions with a distinct cultural identity. Switzerland is one of the most modern and stylish countries that offers tourism in the world. The picturesque landscape in Switzerland has a lot to offer, and it is famous for its beautiful mountains and calm lakes. Temperatures vary from place to place and are usually warm in the south and cool in the north.

Japan, one of the world's leading technologies. While much of Japan is covered by mountains and wooded areas, an estimated 126 million people in the country live differently from the city. Long influenced by neighboring cultures, today the world integrates its ancient traditions with aspects of Western life. Japan is known worldwide for its traditional culture, including tea festivals, calligraphy, and floral arrangements. All Japanese citizens are required by law to obtain health insurance. In Japan, the consensus is very important. The Japanese follow the rules and try to avoid conflicts as much as possible. They are very consistent and highly ordered. The crime rate in Japan is relatively low, and the police have no guns.

Canada occupies about two-fifths of the North American continent, making it the second-largest country in the world after Russia. Canada is considered one of the best places to live in the world because of its distinctive features such as a high level of health satisfaction, low murder rates, separate adult pension schemes, and free health care system. It is also considered one of the most peaceful countries in the world. It values education and has long ensured that young citizens have access to the best education available regardless of their background. More than half of the residents are graduating from college. Canada is the second-largest country in the world and is undoubtedly one of the most beautiful countries. From glaciers in the Arctic and snowcapped mountains to glistening lakes and majestic cheeks, Canada can catch your breath.

Germany, the most populous country in the European Union, has one of the world's largest economies and has seen its contribution to the international community grow steadily since its reunification. In the world market, Germany has a highly skilled workforce, a small fraud, a high level of creativity, and a large stock market. Germany is one of the world's leading import and export destinations. The services, which include industries such as astronomy, health care, and tourism, contribute significantly to the country's economy. Germany is also one of the world's most famous immigration centers, although its open-door policy has become a hotbed of anti-crime scandals within the country's recent borders.

The United Kingdom is a highly developed nation with great economic, political, scientific, and cultural significance. The capital, London, is the world's largest financial center and one of the most visited cities in the world. The banking and tourism industries are part of a larger service sector that contributes to national economic growth. He’s also a world leader when it comes to medicine and research, and he has some of the best hospitals you can find. The United Kingdom is also home to some of the world's top universities, including Oxford, Cambridge, and Imperial College London. The foreign man or woman will be right in all the beautiful land Great Britain has to offer. You will be able to climb mountains, traverse the countryside of fairy tales, and enjoy the beach beyond beauty.

The Swedish kingdom, bordered by Norway to the west and the Baltic Sea to the east is one of the largest European Union states in the world. Despite its wars, Sweden has remained neutral during times of war for centuries. Instead, a commitment to human rights, community service, and sustainability has helped to make him a respected international leader. Health care, as well as college education, is free, and its people boast of one of the longest life spans in the world. If you plan to have children here, parents here get 480 paid parental leave days so share them. The Swedes are one of the most generous people in the world, donating about one percent of the world's total annual aid program. Society continues to be diverse as a growing number of refugees, currently accounting for 10 percent of the population, are accepted across Sweden's borders.

A country and a continent surrounded by the Indian and Pacific oceans. Australia has one of the lowest levels of air pollution in the world. It is considered to be a rich nation with a market-based economy with a complete domestic production compared to the income of an individual. The nation has a high level of participation in sports and has a relatively high standard of living for both women and men. The quality of education is excellent in the central government and in private schools as well as in a variety of higher education institutions to choose from. Schooling is compulsory from five to sixteen years. Unemployment rates are low in Australia despite the lack of many professional and commercial jobs. Australia is also blessed with countless parks, nature reserves, national parks, recreation parks, wildlife sanctuaries, nature reserves, and marine areas.

The Kingdom of Norway is a country to the extreme west of the Scandinavian peninsula, mostly made up of mountainous areas. The Norwegian coast is made up of thousands of miles of rivers, harbors, and coastal islands. Whether you are driving or taking a train ride, the beautiful scenery that travels miles and miles is excellent. Norway is a rich nation with a private sector and a high level of security. Health care is free for almost everyone. Schools in Norway offer comprehensive education and public education is not only expensive but also of exceptional quality. And as the children grow older, parents can take comfort in the free college and university education in Norway.

The United States of America is North America's largest economic and military power. Likewise, its cultural focus spans the world, largely driven by its famous culture reflected in music, movies, and television. The US economy is one of the largest in terms of domestic production, and it is also the most technologically powerful. The US is culturally and racially diverse and is made up of huge waves of migration from Europe and beyond. Whether you choose a bustling city or a quiet city, everyone will find their dream destination in the USA. The country is also home to some of the world's top institutions, including Harvard University and the Massachusetts Institute of Technology. Although it is the world's leading state, the US still faces domestic challenges, including racial inequality, income inequality, and uncontrolled voting.

New Zealand is one of the world's best places to live, the best place to raise your family. It has a very pleasant climate, cultural attractions, health care, a good education system, and modern cities. The stability, peace, and security of New Zealand are greater than anywhere else in the world. The low crowds and scattered people make for peaceful exploration of the impressive mountains and pristine beaches of the famous movie the Lord of the Rings. There are great opportunities for young people to grow up with easy access to sports and outdoors, space and freedom: horseback riding, running on open beaches, swimming in clean water, hiking in the jungle, and enjoying nature. Individual income remains high as expenditure as a percentage of gross domestic product is one of the highest in the world.

Receive stories by Bg Das in your feed
Bg Das
Read next: How to Plan a Trip to Singapore – Know Before You Go!