Why I Switched to a Sustainable Period Product

by Talia Green 2 months ago in body

I’m going to be straight for a second: I get a really heavy flow. Ever since the miracle of womanhood first hit—imagine me, a pimpled, chubby twelve year old, cursing the universe for endowing her gift during gymnastics class—I’ve dealt with the difficulties of a heavy period.

It was the kind of deal where, a week before Ms. Flow was scheduled to visit, my mom and I would make a routine trip to CVS, and practically excavate the “feminine products” section. We’d drop cash on the strongest pads (I usually used “overnight pads” for the daytime, because even the heaviest ones were no match for my monthly demon, and I took no chances), and the strongest tampons (yep—even with the pads. This is what I was dealing with).

So, I’d be double-armored, stuffed with so much material in my pants that I might as well have been wearing a diaper. With my bathroom cabinet stocked with rows and rows of protective gear, it was becoming excessive.

When and Why I Started the Switch 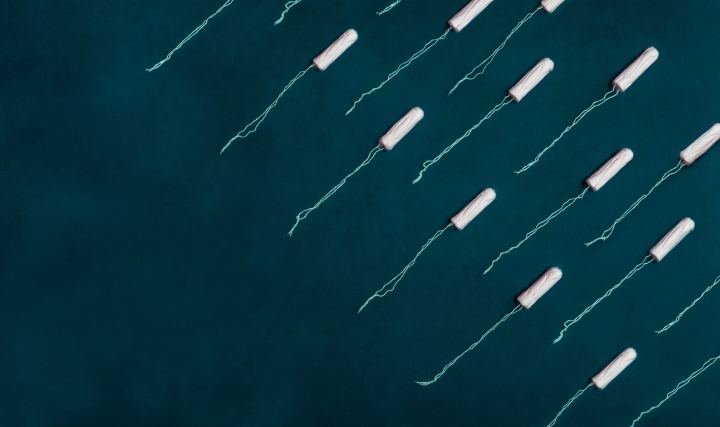 As I got older, the concerns around my diaper-like period product usage grew—for a number of reasons. First of all, it was uncomfortable as hell. There was so much cotton inside and around my lower parts that moving around was a rigorous activity. I didn’t walk, I waddled.

But there was more, outside of the obvious discomfort (and the loads of money I was spending on pads and tampons each month). At some point during my teenage years, I became really environmentally aware. I switched to a vegetarian diet, started buying locally-sourced produce, and would wreak havoc on my mom for using disposable dinner plates.

Then, when the blessed time swung around, I would go through the same process of buying boxes of period products, arming myself for the flow, and filling trash bag after trash bag of the bloody aftermath. Eventually, I was struck with the thought—How can I be environmentally conscious in every area of my life except this one? How can I say I’m an activist, recycle everything down to the last snack food wrapper, and still waste so much on period products every month? There had to be another option.

And, there was another option. In fact, there were multiple.

The activist in me switched on. After the seed was planted, I sought out alternatives to disposable period products. A little research revealed to me that there were actually a number of options I could try: There were biodegradable pads, period cups, reusable pads, period underwear, and so many more. It was like a universe of sustainable hygiene products opened up, shining its glorious, eco-friendly light on my time of the month.

The Biodegradable Pad… I Considered It.

Initially—as much as I hated to admit it—the idea of a reusable product grossed me out. I couldn’t get behind sticking something up my woman cave, letting it collect my rainfall, and taking it out to be used again tomorrow.

So, I considered testing out the biodegradable pad. Surface level, it seemed like a solid alternative. I wouldn’t have to alter too much of my routine (when you get the shade of PMS I get, any kind of frustrating habit change could tick off my inner Hulk, and she might do some major damage). Plus, a lot of the options I sifted through online were plant based and sustainably sourced. Perfect for an eco-friendly monthly cycle, right?

After second thoughts, I realized the issue: As perfect as they seemed, biodegradable pads didn’t solve my financial problem. I was already spending so much on hygienic products. Opting for these pads, I would still be buying boxes and boxes (and boxes and boxes) of protective gear. I would still be dropping tons of money on this stuff—as sustainable as biodegradable pads might be for the environment, they are as unsustainable for my wallet as are regular old cotton ones. And to be honest, I didn’t feel great about the amount of waste I produced, even if that waste was eco-friendly. The pads were a decent alternative, but the others deserved a shot, too. 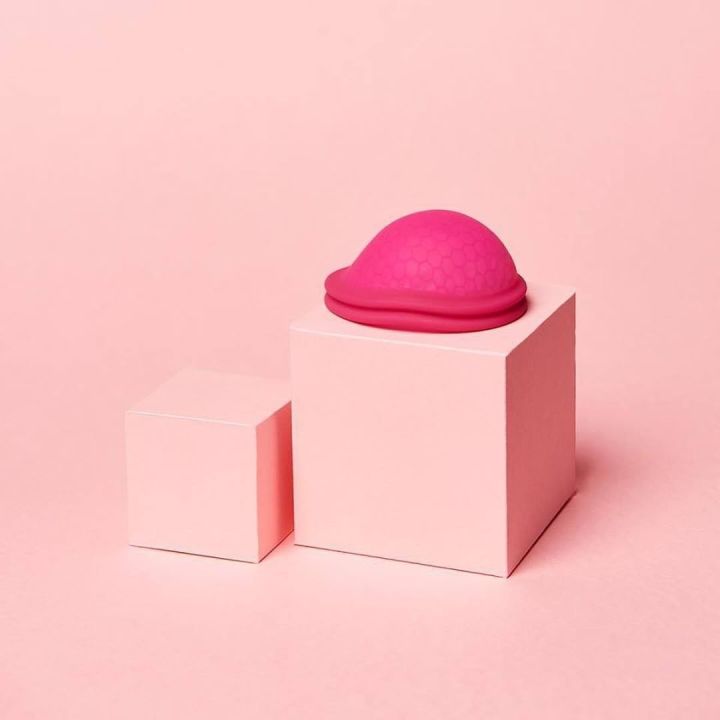 For the sake of Mother Earth, I decided to give it a try. I did a little research, and stumbled upon INTIMINA, a Swedish company which specializes in eco-friendly (and wallet-friendly) menstrual cups, made 100 percent from medical grade silicone. Their products received solid reviews by Buzzfeed, Bustle, and the Cosmopolitan, and were highly recommended by previous users. And the fact that they are available in most pharmacies? I didn’t even have to dish out my credit card information.

So, I swung by CVS (not for disposable pads, thank you very much), and settled on the Ziggy Cup, one of their highest rated products. It has a flat-fitting design, which supposedly lends itself to an almost-nonexistent feeling, provides 12-hour protection, and… wait for it… can be worn during sex. Not that I was planning to get it on during my next Bloody Strike, but if I was going to drop $40 on a product… why not?

So, I purchased the period cup, and waited for my time to come around. In the interim, I realized that I would have no idea how to actually insert the thing. The box came with a guide, but I did not trust myself with written instructions alone. That inner Hulk? She might make an appearance. Luckily, their website offered a pretty comprehensive how-to, diagrams and all. I was in the clear: silicone-armed, and ready to go.

And the result? Contrary to my worries, it was a winner. Easily insertable, surprisingly protective, and, after the first few days, I acclimated to its reusability. The way I saw it—It was designed to be reusable. It’s not like I was sticking something already soiled up my hoo-ha. Suffice to say, the red dragon was slayed by a silicone cup.

Out of all the products I tried, this one stuck. It felt good knowing that I drastically reduced my own carbon footprint using a product that I genuinely benefited from. 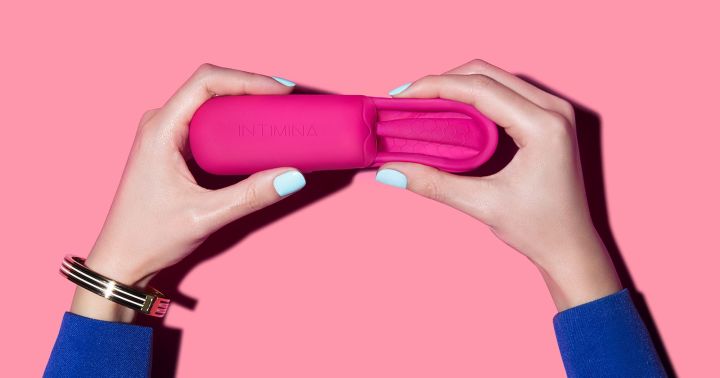 When it comes down to it, even if I didn’t completely get behind the idea of a reusable period cup—whether it was that it wasn’t as comfortable as it happened to be, or even if I wasn’t able to have mess-free sex during my period—the environmental benefits of a product like this are too great to ignore. Our impact on the earth is too overwhelming. No, we can’t completely eliminate our environmental footprint, but we can work towards reducing it—and it starts by adjusting our personal practices. I can’t stress enough the importance of sustainability in our everyday lives, from recycling our water bottles to taking shorter showers to riding our bikes to work instead of taking the car. And ladies, let’s grab the bloody reins, and conquer two demons with one (reusable) stone.