Wearing makeup does not make you a girly-girl

TMR
by The Mauve Rose 20 days ago in beauty

by The Mauve Rose 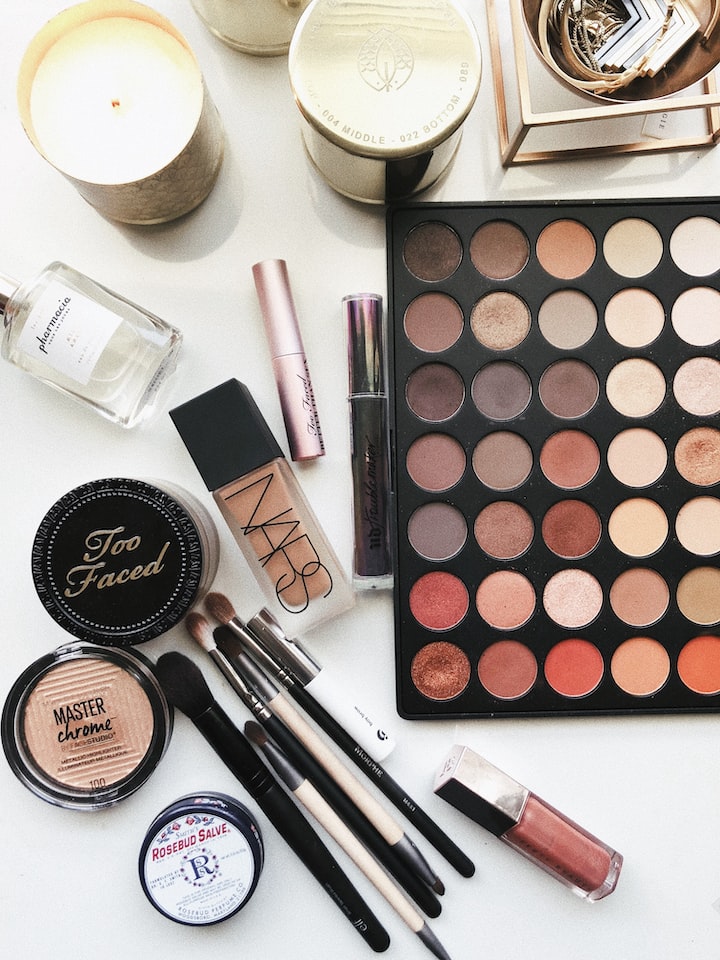 Photo by Jazmin Quaynor on Unsplash

A girl should be two things: who and what she wants

A little while ago, I was talking with a male acquaintance and one comment that he had made still resides, unfortunately, within my working memory: That he defined me as a ‘girly-girl’ because I wear makeup.

Now, I have no problem with the concept of ‘girly-girl’ if you are happy to have it applied to you-you do you. What I immediately objected to was being transported to the 1950’s and being defined by my appearance. Yes, I am completely aware that modern day influencers have done nothing to aid the progression of women being viewed as more than an object for the large part. However, that is their choice and how they wish to be viewed. Moreover, that is an entirely different kettle of fish than what I am referring to here.

At the time, I was so startled that I gave a shocked laugh and I guess my acquaintance thought that I thought that his remake was humorous. I proceeded to ask a few more questions as to how he got to this understanding: that I wore make-up every time that he saw me, and I always had my hair done.

In the grand scheme of all things sexist, this was by no means a hurtful comment to me. What surprised me, (when it shouldn’t have) was that he felt quite comfortable telling me this and that his perception of me was, in part at least, based on my makeup and nothing else. This was interesting considering that I am in a very good position within my workplace, a fact which he was, at the time, aware of.

I do not write this to condemn the man nor to stoke any fires. I write because it interested me and still does. I decided to research some famous sayings about makeup and the aforementioned quote from Coco Chanel appeared: A woman can be two things: who and what she wants.

The origins of my makeup

I began wearing makeup in my teen years and I have sampled with different brands and styles throughout the years. I will happily admit that I do not like to leave the house without my makeup on. Admittedly, I can but it’s such an intrinsic part of my getting ready routine that I actually enjoy it. When I apply makeup, I think about the day ahead and I psyche myself up for what I need to do. I do not wear makeup, nor do I apply lipstick for the attention of men. I wear lipstick because I like lipstick. I wear makeup for me.

The essence of femininity is to absolutely love being a woman

This does not make me a ‘girly-girl’. Simply put, I refuse to be labelled and put into some box. Girly? Excuse me? I am a professional woman in my late twenties. Please refrain from calling me girly. I have a 9 to 5 job and I run my own online blog which I set-up by myself. The blog was set up with next to no experience in ICT and an uncanny ability to break things. It was also set-up with a determination to build something of my own.

I am fully grown adult and I do expect to be treated as such. At the end of the day, I am not ashamed of my natural face nor am I playing make-believe. I am confident in who I am and when I remove my makeup, I agree with the following statement:

Watching yourself go from a ten- to still a ten- when you take your make-up off.

I am happy with who I am not because I am beautiful or anything like that but because I am more than a perfect winged eyeliner. And I simply like a smokey eye-look. Being feminine is not all that there is to me and whilst I appreciate that for some that may be all that they care about; this is not the same for me. Again, at this moment in time, I am not focusing on this issue. That is different.

I finally realised that I’m beautiful on the inside regardless of a couple of bumps here and there. Who cares?

What this concept of being a ‘girly-girl’ suggests to me is that can be difficult for some to understand that by wearing makeup this is not dress-up nor is it to appeal to the opposite sex. It could be seen as belittling to place a woman’s worth on her external features. Intellect, education, personality, interests, hobbies, and passions should form a central part of this type of conversation.

At the end of the day, two things happened really with the aforementioned comment:

That wearing makeup is somehow childish

That there is something wrong with this form of femininity

At this point, I have covered my views on how makeup is somehow childish. I now want to focus on the second point, and I will be brief: that there is something wrong with this form of femininity.

Quite frankly, it is not up to anyone; neither male nor female to tell me that my own sense of femininity is wrong. If my wearing makeup is in some way stereotypical in my male acquaintance’s eyes, then how ironic that it was he who said the original statement that is reminiscent of a 1950’s Hollywood styled movie anyway. By wearing makeup, I am not fulfilling some stereotypical view of how women can be pereceived nor am I letting my gender down somehow. I fail to see how a little bit of foundation and mascara means that I am failing my gender or less than adult.

Being a woman or feminine for that matter is not determined by what a woman wears on her body or on her face. It is an oversimplicifation to simply label a woman as girly because she likes makeup. And to be fair, if I didn’t wear makeup there would be someone somewhere who would comment that I don’t take pride in my appearance.

I honestly believed that for the large part in the 21st centry, we were past this oversimplification of women.

However, it is clear that this is not always the case. Let the record stand this this does not tarnish my view on this male aquaintance- as I can see past the superficial comment- and I know that it was in no way meant to cause hurt and was most probably said in jest.

My point is simple: my feminity is my own and it is not girly as I am not a child. If I come across as petulant then you have missed the point that I am trying to make.

It is up to the individual to express themselves how they see fit. So long as they are not hurting anyone then leave people alone. Don’t label someone without their permission. Perhaps a better way to open that particular conversation could have been- ‘how do you define yourself’.

I will decide my own identity and my own self-expression and let me tell you: with all due respect, I will not be defined by my lipstick.

I will end with a quote from Charissa Thompson:

You don’t have to apologise for being feminine….