This could save your life

by Lexie Robbins 6 months ago in activism

If it feels wrong, it is. 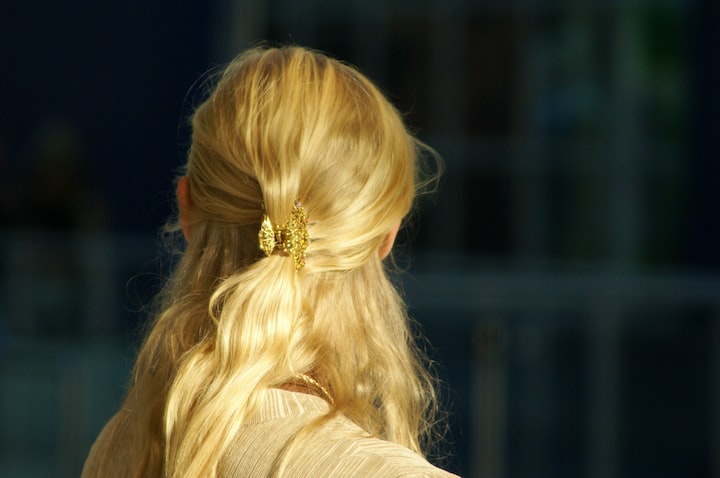 Photo by Ivan Lapyrin on Unsplash

I composed this piece in an effort to help other women understand potential human trafficking tactics and/or potential kidnapping scenarios. I share this because while it happened nearly 10 years ago, it wasn't until this year (2021) that I realized the tremendous danger I could have found myself in had things ended differently.

I'm hoping this piece helps educate and protect someone out there.

In 2013, I had the ultimate privilege of studying abroad in Glasgow, Scotland at the University of Glasgow for my junior year of college.

To be honest, I'd never even heard of Glasgow, but I'd always known that I wanted to live in Scotland at some point in my life. Braveheart was a staple in our household growing up (Freeeedom!) and I'd grown up with enchanting stories of my family's Scottish heritage. The location for my study abroad program felt like a no-brainer!

My acceptance was a dream scenario and I eagerly counted down the days until my plane took off toward this "mysterious" city across the pond.

It's important to note that at the time, I'd never been out of the US. I was born and raised in Colorado and I'd never lived anywhere else. I'd never traveled alone and I didn't know the first thing about living in a foreign country.

To top it off, I was in a controlling and abusive relationship. Thankfully, after a month in Glasgow (and a visit from my mom), I realized how terrified and unhappy I was in my relationship and promptly broke it off over FaceTime.

From that point on, I was free.

I was living in a gorgeous city, studying at a tremendously prestigious university, and I'd made some wonderful friends. Life couldn't get any better and I realized I was living a life I'd only dreamt of prior to my arrival.

My friends and I went out multiple times a week to several clubs all over the city. I met plenty of friendly, respectful men and had a lovely time dancing until the wee hours of early morning.

This is important: never, not once, did I feel unsafe during my time here. Despite Glasgow's reputation, I never saw anything remotely dangerous nor experienced a time where I felt scared.

At least, that's what I thought at the time.

I spent four months in Glasgow before heading back home to Denver. I cried the entire plane ride home and I still (seven years later) miss Scotland every single day.

My life in Glasgow was a fairytale.

But then I started to remember something that happened—something that seemed insignificant at the time, but now chills me to my core every single day.

In late January of this year, I listened to an episode of the Morbid Podcast about the disappearance of Brittanee Drexel and a small tidbit of their story resurected a deep memory from my time in Glasgow.

You see, I suddenly recalled this experience, this encounter, that at the time felt incredibly mundane. And...well—just see (read) for yourself:

It was late afternoon on a brisk fall day and I was walking home from university. I was only a block away from my dorm and this young, handsome man, out of nowhere, starts talking to me.

I don't remember how he approached me, but he just sort of came up behind me and asked me a question. Something like "do you go to school here?"

He was cute and presumably Scottish—around 25-ish, well dressed, and quite kind. He was "enamored" with my accent and asked what I was doing this weekend. It was exciting, it was attention, it was...all fun and games until I heard it:

Someone was talking to him through an earpiece.

I couldn't see the earpiece, but I heard it—like the muffled overflow of sound you hear when someone's headphone volume is on full blast.

Immediately I stopped responding and asked, point blank, "are you listening to something? Is someone talking to you?"

He ignored me. He kept asking me what I was doing tonight, where I like to hang out, etc. I repeated:

He kept smooth-talking me—ignoring my questions.

Quickly, I realized we were alone, standing on an empty street. Immediately I made some excuse—I checked my watch and said my roommates would be waiting for me.

At the time, I didn't know why this made me feel so uneasy...I thought I was going crazy, in all honestly. My brain kept thinking:

But he kept talking to me, ignoring my inquiries, and eventually asked for my number. After a few seconds of massive panic on my end, his body coming closer to mine, I turned and started walking away.

Actually, I might not have walked—I most definitely ran.

It hurts to say now, but I don't remember if I told my roommates when I got home—I think I brushed it off as some sort of "creep" who just wouldn't leave me alone.

In the Morbid episode on Brittanee Drexel (you can also read up on her disappearance here), they mention a listener story where a young woman had several men follow her in a store and talk into earpieces.

To put this listener story into perspective: one of the biggest theories surrounding Brittanee's disappearance is the idea that she fell victim to kidnapping in efforts to force her into human trafficking.

When I heard the word "earpiece" mentioned in the podcast, especially on a episode dealing with kidnapping and human trafficking, my jaw hit the floor, my skin exploded in goosebumps, and I couldn't catch my breath.

I was immediately swept back to that memory of the man in Glasgow—the handsome, "friendly" one who just wanted to know all about me because I was so "interesting" and "easy to talk to."

The man who most definitely had someone speaking in his ear.

Someone who could've been assessing whether or not I was a good target.

Someone who was deciding if I came from a family who'd miss me if I disappeared.

Someone who wanted to know every single detail about my life as a single, 19-year-old girl.

What were his intentions? I don't want to think about it. I spiral on so many questions these days.

What would have happened to me?

Right now, as a full-fledged adult woman, I cannot think of one good, well-intentioned reason for this stranger's behavior, which leaves me to this:

If something feels wrong, it is.

If every bone in your body is telling you to get the hell out of there—RUN. No apologies, no guilt.

It's important for me to note that men, women, and children all have the potential to be victims of human trafficking. This is not just an issue for young women—it's every age, race, sex, etc.

Trafficking does not discriminate.

Please consider checking out the following resources on human trafficking awareness and preventitve measures we can take to protect ourselves and others:

In addition, please read ways in ways in which you can spot vicitims human trafficking and how you can help.

I also encourage you to please send this to anyone you know who might find themselves in this situation (living alone, moving to a new city, traveling abroad—unlikely during these times, but you never know!).

My name is Lexie and I'm a professional writer and digital marketer from the great Rocky Mountains. Currently daydreaming of warm summer days, David Bowie's resurrection, and moving to an abandoned castle in Scotland.

Receive stories by Lexie Robbins in your feed
Lexie Robbins
Read next: Motherhood on My Time