SELLING ON FACEBOOK MARKETPLACE THE GOOD THE BAD AND THE UGLY

My Musings My Story 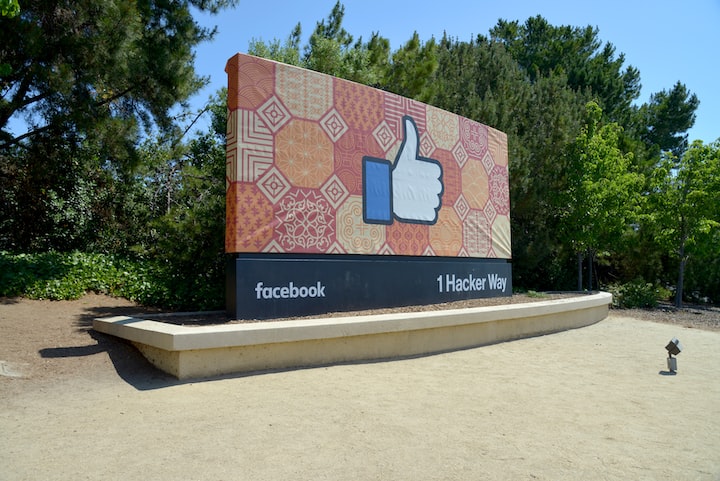 Photo by Greg Bulla on Unsplash

Love the buyer's stories and comments!

"It's for my boyfriend's birthday."

"My dad is retiring. The vintage cap's logo is significant. It's the company where he worked for over thirty years."

"The letters on your sweatshirt are my initials."

"I broke my favorite glass, and I've been looking for one to replace it."

Meeting at a safe public location, the above comments and stories were the remarks that buyers have expressed. Believe me. There were many many more. It's super to hear happy, joyful, heartwarming comments. However, my experience on FB Marketplace has been a mixture of the good, the bad, and the ugly.

Therefore, it's best to start at the beginning.

Starting in late 2019, my adventures in selling new, gently used, and vintage items on Facebook Marketplace were set into motion. While familiar with the platform for many many years, things didn't come together until July 2019. In my opinion, if you are going to meet buyers, a cell phone was needed and necessary for safety.

Then, in August 2018, my first Samsung Galaxy 7 android phone was given to me as a gift. Unfortunately, it would take another year before listing a few items on the FB marketplace platform. Posting was the easy part, back then, a google search on the item was needed in order to establish a reasonable price. Did I mention simple and easy? In no time at all, ten items soon became a hundred.

Of course, FB Marketplace has rules; such as no guns, no alcohol, and no bogus or counterfeit merchandise. No problem! It only took me a few months to discover that one brand name, in particular, would cause the post to be denied. Gasp! Not approved! Whether the item was bogus or not, was clueless. On one occasion, a dress made by my mom was also denied. Counterfeit? Don't think so.

Naturally, the majority of my items for sale were approved.

All was good. Determining where to meet, a few things were sold. There are two locations that were set. One was in front of the local police station. The other is closer to our home. With two locations determined, it allows for options. Honestly, one location is used more than the other.

Then, March 2020 lockdown through a monkey wrench into things. After several months, we could meet with safety precautions using a mask and plastic gloves.

Unsurprisingly, the number of transactions was few and far between. Around the first quarter of 2022, there was a noticeable improvement in transactions. While it isn't a large cash flow, the reduction in items and a few extra dollars helps and is definitely a good thing.

For me, a win-win is perfect and important. Buyers are happy with their purchase and as the seller, a few dollars in the wallet helps the budget.

After three years on the FB marketplace platform, there have been three meetings that went sour. Sometimes bad things happen. The first one was the XL white sweatshirt that had some age stains, the buyer refused the item. No worries! Went back home and Oxi took care of the age stains. On an extremely windy day, the second sour encounter was with the lady who wanted the amber plate. The amber plate had a small nick on the underside of the plate. She was a reseller and it wouldn't do. We were both cold, windblown, and frustrated. At the end of the day things turned out okay, my friend wanted the amber plate. Lastly, a baby doll was missing one eyelash causing the transaction to fall apart. Several months later, another buyer was over the moon and delighted with the twin baby dolls.

On all three occasions, the bad was only a temporary situation. The lemon was turned into lemonade. However, there is the ugly. It's not FB marketplace, it's not the items for sale, it's not the serious buyers. It's the SCAMMER.

You are probably asking how does it work?

The scammer immediately responds to a new listing. Claiming to be interested. The scammer may or may not give their cell phone number. They are trying to establish trust. Do NOT trust them!

The scammer claims that they want to verify that you are a valid seller. Instructing the seller to reply with a digital code on the listing, banks, and credit cards use digital verification. The seller might agree and think that it is reasonable and alright. It's NOT.

When the scammer receives your Google Voice verification code, they can get other information about you. The scammer can profess to be YOU!

With almost 700 items listed, scammers are responding to my post in large numbers. It's very very ugly. At first, the scammers weren't reported to FB only blocked. Now, they are reported and blocked.

Replying to scammers with no cellphone number and all communications must stay on the FB Marketplace platform, doesn't stop them. They continue and demand the cellphone number.

Whereupon, my reply, "Can you read?"

In short, selling on the FB marketplace is a very good thing, the bad or sour bumps have turned out to be good. However, there are ugly scammers. The scammers are trying to get your information to hack your account and open accounts in your name. Plain and simple, it's identity theft. The bottom line is "Guard" your information. At the end of the day, my wish is that the FB marketplace would do more in regard to the ugly scammers.

More stories from Babs Iverson and writers in Viva and other communities.