by Ida Stokbaek 5 months ago in family 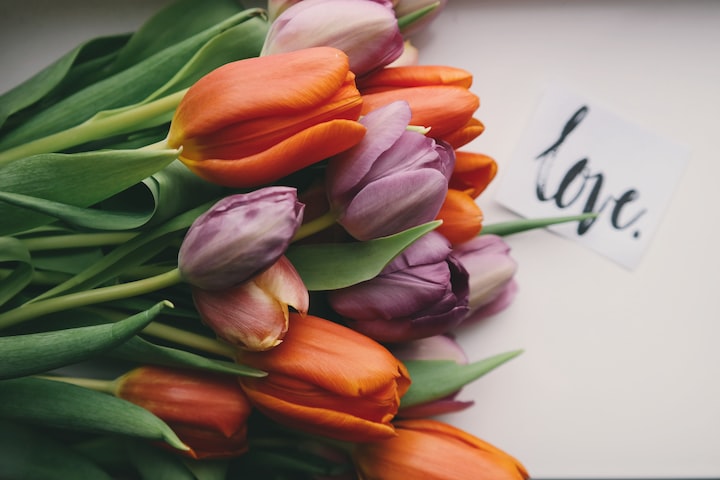 Photo by Brigitte Tohm on Unsplash

When I was little, about 6 years old, I was sitting in the back of my parent’s car, not on the seat with my seat belt on, but curled up on the floor. My dad was always very strict with safety. If we didn’t sit nicely in the car, he would stop the car, force our seat belts on and talk sense to my brother and me for as long as necessary before getting back in the driver’s seat.

This day was different.

My dad was driving, my brother and I were silent in the back. It was dark and it was raining. My mother had been in the hospital for… I don’t remember, maybe a week, maybe a month, or just a few days. Any time away from your mum feels like forever when you’re 6 years old. She was in and out of hospital frequently in the beginning, before the doctors knew what was wrong with her. She had Lyme Decease. It took the doctors 10 years to diagnose her. An unreasonably long time.

That night in the car, 6-year-old me knew that something was wrong. I asked my dad if mummy was going to die.

He said he didn’t know.

There I was, at 6 years old, preparing myself for a disaster that never happened. Yet, my family was cursed with another cruel fate.

She didn’t die. Not really. She came home from hospital and continued to spend all her time in bed, taking the sorts of painkillers doctors don’t proscribe anymore. The very addictive sort that makes living bearable, but takes away more than just pain.

In my head, I can still hear that 6-year-old’s unspoken questions. Is it my fault? I won’t wake you when sleep is your only respite from the pain. I won’t make you play, I know it will make you feel worse. Would it be easier if I didn’t exist? I’m sorry, Mummy….

With my mother unable to work, our family had to survive on my father’s income alone. We had family who helped, even Neighbors supported us financially. My mother hated it. I’m sure my dad did too, but I couldn’t tell because he was always at work. Years went by, and my mother remained sick, drugged up, and out of work. Then my dad lost his job, too.

We had to move to the other end of the country for my dad’s new job. I wasn’t unhappy about this at the age of 9. I was not thriving socially, overweight, feeling different and disliked by both peers and teachers. I thought going to a different school would help. Stupid little girl. Every older version of me has longed for that peaceful tight-knit village. The only place I’d ever seen my mother happy, the only place people around me weren’t strangers.

My mother still spent every day in pain. As I tried and failed to settle into my new school, my mother hid away in a tiny flat, miles from family and friend, drugged on morphine, and yet in pain.

I caused her further pain when my new teachers suggested I should be looked at by the school psychologist. I don’t know why no one diagnosed my autism then. Probably because I’m female, and girls don’t have autism. The school psychologist declared that I was odd, then left it at that. I didn’t see a psychologist again until I was (mis)diagnosed with anorexia a few years later. I still had autism, and still no one noticed. I didn’t know it myself, until I did an undergraduate degree in psychology. The shoe fit perfectly.

If my mental health struggle was a blow to my mum, she hid it well. She always told me to be myself, not to worry about other people's opinions. I can’t help thinking, even now, that I was being myself completely wrong.

She was someone who always worried a lot about what people thought of her. She went through hell when people thought all sorts of horrible things about her: that she was just too lazy to work, that she was faking the illness, that she wasn’t capable of looking after her children in her state of constant pain.

I was there. My mother was not faking it. I loved her, she loved me. Both our hearts broke repeatedly. Mine for her, and hers for me.

She has more of a social life now, maybe she is feeling better, maybe the absence of her struggling daughter did her good. She seems okay sometimes when we talk on the phone. Maybe she’s become better at hiding the pain, maybe new medication works better than what she was on before. I don’t know.

I no longer voice my problems to my mother, because I don’t want to cause her further pain. I’m sure she leaves things out when she talks to me as well. Do I want to know? Do I not know already that she has lived half her life on medication that is sure to shorten her life? Do I forget that having a living mother makes me one of the lucky ones?

No. I’m still that little girl, frightened that my mother is going to die, hoping against hope that things will go back to the way they were, that I can start living the life I thought was meant for me up until the age of 6. I don’t even remember that life. My childhood and youth are gone. I wish I remembered more from before my mother got sick. I wish I had more happy memories of my mother smiling and thriving.

The memories I do have are of love, and pain.

And my dad? I didn’t comprehend it as a child, I just wanted my mum. I didn’t see how strong he had to be, carrying the mess that was our family on his shoulders. He loved her. He, too, suffered. She can’t have known when she married him that if she fell, and she did, she would be falling into resilient, unwavering arms, solidly holding where most men would have crumpled.

I learned early that love can be horribly complicated and painful, that time will never come back, that bad things happen to good people, that love lives through struggle. Love transcends struggle. I watched my mother disintegrate in front of me. It hurt.

I look at my daughter and pray that she never has to see me in such pain, that she never has to wonder if she will still have a mother tomorrow. But the scariest thing is, if something did happen to me, I’d be helpless to prevent it. Helplessly I would break, and she would suffer in all the same ways that I did. So, I do the only thing I can do. I hold her close and love her, like my mother loved me. And I know what it means to have a daughter, and I know how loved I have always been. I understand how excruciating it must have felt to love, but be trapped in a poisoned body. I hug my child and hope that she will have what nature took away from me.

I’m grateful for what I have, my blessings are plentiful. My mother lives to know her grandchildren and she’s the most remarkable grandmother. When I see my children with her, I feel memories that I’m not consciously aware of. Memories of an untainted love. I don’t know if the memories are even real. I don’t remember them as much as feel them.

That is what I learned from my mother. She showed me that loving your children is the most important thing you’re ever going to do. Even if you can do nothing else for them. Love is what will matter in the end. #BossMom

Receive stories by Ida Stokbaek in your feed
Ida Stokbaek
Read next: Me Too