by Natasja Rose 4 days ago in family

Roe v Wade, and Why We Should ALL Be Worried 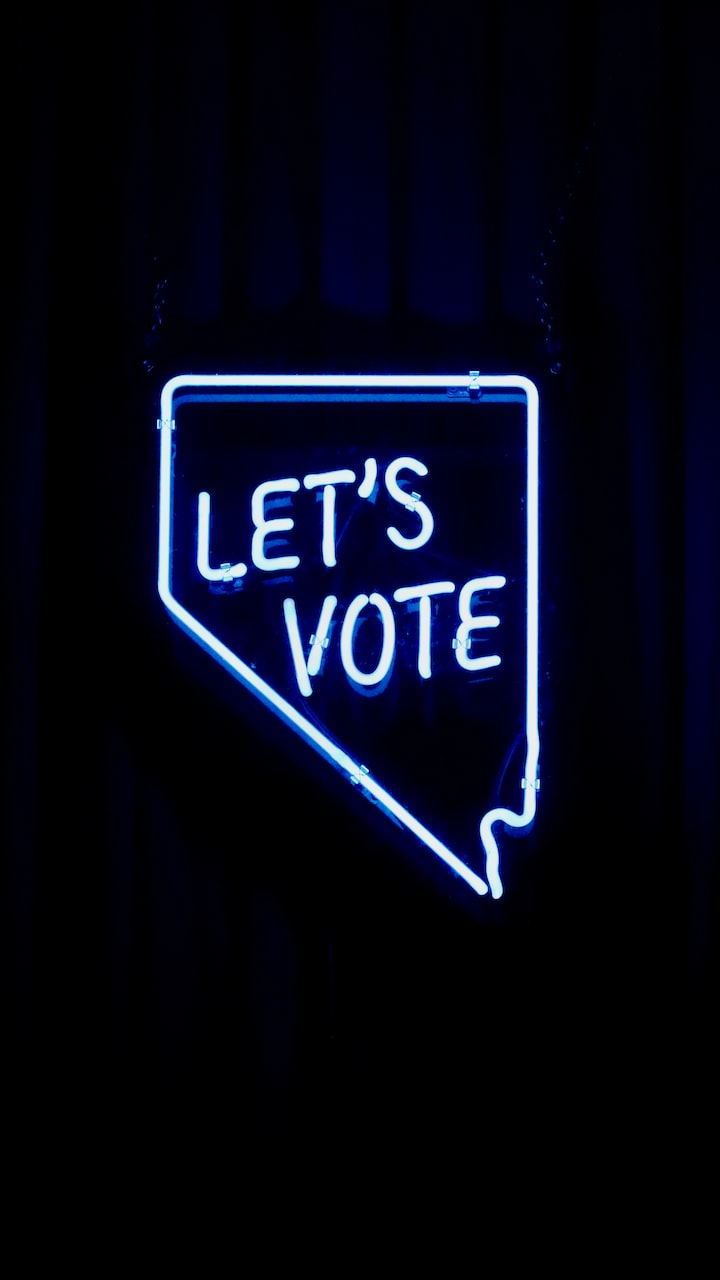 Photo by Manny Becerra on Unsplash

I promised myself I would stay out of this.

I'm not an American citizen. I don't live in the United States, and I rarely visit. When I do, the longest I've stayed was five weeks, when a funeral lined up with a pre-planned holiday, extending my original 3-week trip. Theoretically, this shouldn't affect me in any tangible way.

But it doesn't need to affect me personally for me to be concerned about Supreme Court Judges allowing their personal beliefs (Alito and Barrett, at least, have not been subtle about the influence of their religious beliefs on their decision). I don't need to be personally involved to be worried about the precedent this will set. I don't need to live in the USA to be concerned about what fundamental right will be next on the chopping block.

Even if Alito claims that it "isn't intended to affect any other law"... it will. Supreme Court decisions, whether it's to uphold a law or repeal a previous ruling, set precedent for other cases to cite when arguing their side. (More on that later...)

I can't find a decent YouTube clip to insert here, but if you haven't seen it, go watch "On The Basis of Sex", a biopic of Ruth Bader-Ginsberg. Her speech on so-called Radical Social Change is a thing of beauty, and you really get a close-up look at the impact of seemingly-inconsequential laws and regulations.

Also, everyone who told me I was "Over-reacting" when I called out the hypocrisy of the Mitch McConnell-led Senate refusing to confirm Merrick Garland for eleven months in 2016 "because it was an election year", then rushing through Amy Barrett with less than eight weeks before the election? Everyone who laughed at me for predicting exactly this scenario? I'll accept your shamefaced apologies at any time, though I don't expect them.

In Australia, abortion is a States Issue (easier when we only have six states and two Territories, harder when all but the smallest state is bigger than Texas). The first case was in 1969, in Victoria, which granted that Abortion should be allowed, despite then being illegal, if the pregnancy impacted the health of the mother. That exception was quickly adopted by the rest of the east coast states, with other states and territories following eventually.

In New South Wales, where I live, Abortion was only removed from the Crimes Act (1900) in 2019. Western Australia was first to decriminalize it in 1998, but South Australia only followed suit last year in 2021.

Feel free to read that again: Abortion only became fully legal throughout all of Australia last year.

Mental or emotional health is a difficult case to argue before a court or medical tribunal, and for many states that was the only exception. For myself, I could have argued that if I'd become pregnant, as a viable pregnancy would require going Cold Turkey off epilepsy medication; an unacceptable risk to my quality of life.

I've talked before about being Asexual, and only dating people who are ok with no sex (with me - I'm actually fine with kink clubs, polyamory or FWB, as long as my partner is honest about it.)

So, I'm ok with life-long Abstinence. If I got pregnant, it would indisputably be a case of rape, and I have no shortage of friends, family and ex-partners who would swear to that.

Not everyone shares my orientation. Even among Asexuals, there are some who have a sex drive, or are ok with sex if their partner wants it. Rape is an ever-present risk, especially in cases of Domestic Violence or Family Abuse. Birth Control methods can fail. A wanted pregnancy can turn out to be non-viable, or result in a partial miscarriage requiring surgical removal before the fetus turns necrotic.

So, Abortion is legal in Australia, up to 20-24 weeks, with the requirements being that the pregnant person must be able to give consent (if the patient is not mentally competent, the Doctor has to go to a Guardianship Tribunal for approval) and the procedure must be performed by a registered doctor.

After the 20-24 weeks mark, outside of the Australian Capitol Territory, which technically has no gestational limit, it gets harder. Abortions after that point are for medical reasons only (non-viable, well-being of the mother/birthing parent, etc.) and require the doctor performing the abortion to have consulted with

Unfortunately, Australia has an election coming up, and if the current PM gets back in, I have no doubt that the next three years will see a lot of our own rights reduced or stripped in accordance with his "Fundamental Values". (Read: Hillsong Church Prosperity Gospel, which is a whole other rant by itself, before I even touch on the need for the separation between Church and State...)

Recently, the USA state of Missisippi passed a law banning Abortion after 15 weeks. By certain wording in the law, currently being challenged before the Supreme Court, Missisippi's ban and Roe v Wade cannot co-exist.

Neil Gorsch (2017, the seat that should have gone to Merrick Garland), and Brett Kavanagh (2018, despite an ongoing Sexual Abuse investigation) both claimed in their Senate Confirmation Hearings that Roe v. Wade was "settled law". Amy Coney Barrett (2020, rushed through with an extremely short Confirmation Hearing after the death of Ruth Bader-Ginsberg) resisted giving a solid yes or no, but that didn't stop the Republican-controlled Senate from rushing through one last Lifetime Seat.

Very few people actually believed that, particularly given the legal history of those three people who were not under oath while applying for a job that they can't be fired from, but it got them confirmed.

Should Roe v. Wade be repealed, over half of the states in the USA have "trigger laws" that will come into effect, making Abortion difficult or impossible to access for millions of Americans.

Alito claims that this Opinion on the case, leaked to media at the beginning of May, isn't meant to serve as Precedent for any other case, but that's the problem: it will, whether he intends it to or not.

Any Legal Ruling sets the groundwork for cases that follow. Not just rulings, but which cases are seen by the Supreme Court. Even laws that seemingly have nothing to do with abortion or reproductive healthcare have the potential to be affected.

Roe v Wade was ultimately passed on the basis of Privacy, on the grounds that the government interfering in medical decisions between a woman and her doctor was too invasive, and an undue burden.

Do you know what other laws were decided on a similar basis?

De-criminalizing Homosexuality. (Lawrence v. Texas, 2003 with the Precedent of Bowers v. Hardwick in 1986)

If you don't think the Supreme Court is coming for those next, you're fooling yourself.

If you liked this story, leave a heart, an insight or a tip, and follow me on Medium or here on Vocal! Tips on this story will be donated to Planned Parenthood and the ACLU.

More stories from Natasja Rose and writers in Viva and other communities.