My Life In Pine Glen

by Brenda Lee Lord-Hinger 4 months ago in family 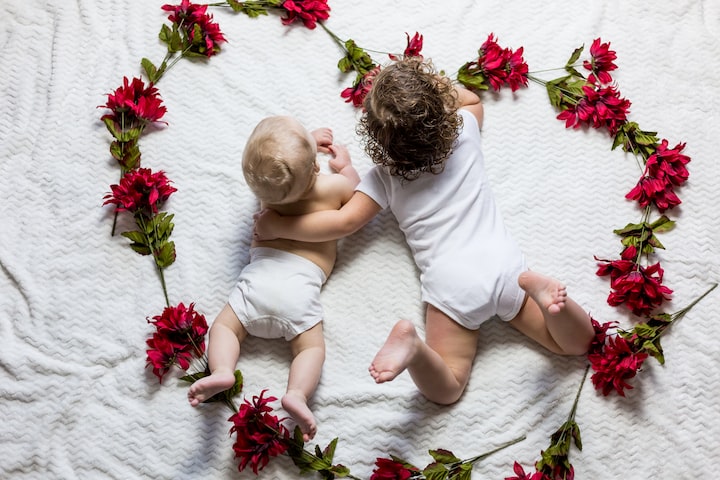 Photo by Travis Grossen on Unsplash

I moved into an older apartment building with my two baby girls. Being a single mom at eighteen, I really couldn’t afford much.

The dark green building had a two bedroom unit on the third floor available. I felt I had no choice, so I took it.

One child was eighteen months old, the other two months. A lot of work for a young mom on her own.

Not long after we got settled into the dark green building of Pine Glen, the noise and trouble began.

It started with the fire alarm ringing at two in the morning. Yes two babies, one walking thank goodness-having to hurriedly wake them up. Grab my purse, diaper bag, and my two month old baby Sherry, and sleepy Jenny.

Made it safely down three flights of stairs-to see a few teenagers hanging around, and then to find out that it was a prank!

That wasn’t the only time for the fire alarm to be pulled as a prank during the time that we resided their.

I met another young woman, maybe a couple years older than myself who lived down the hallway from us. ‘May’ was sweet and kind. We got along instantly. She was married with two boys. One two years old, the other a newborn. Somehow having May as a new friend-made life in Pine Glen tolerable.

A couple weeks after I met May, a horrible flu swept through our city of Prince George.

I was struck with a flu that settled in my hips. Jenny was vomiting, and Sherry was hit with an inner-ear-infection.

I phoned around to everyone I could possibly think of for help. Unfortunately, everyone was either working, or they to were sick.

My last resort was to call Child Social Services for their assistance. I was told no that they don’t provide assistance in that way!

I found that to be a hard pill to swallow!

Here you have a young mom who was in extreme pain, who couldn’t hardly move-with two sick babies, and the CSS said no to my pleading for help!

I had to get myself and my girls to the doctors for medication. Sherry was constantly clawing at her ears in pain, actually causing herself to bleed. Her crying was never ending. I felt horrible for her.

I got the appointment made for that day. Just trying to get myself and the babies dressed, took every bit of stamina I could muster.

I wrapped a towel around Jenny’s chest to prevent the vomit from getting all over her. As her vomiting had increased. She had dropped a noticeable amount of weight. Her and I had just about succeeded in her potty-training adventure; she was now back to diapers.

To this day I truly don’t know how I made it down three flights of stairs, with the girls, purse, diaper bag, and two car seats.

When we finally reached the main floor - outside was the taxi cab driver standing their waiting for us. He had a very impatient look across his face. You know the look that says ‘what the hell took you so long’.

I must say that his demeanour changed immediately once he recognized how sick we were. Crawling into the cab was excruciating for me. Never mind fastening the girls in their car seats, thankfully the driver assisted me with that.

The driver kept repeating “Oh my god, you poor girl”.

This nice-understanding man waited for us the whole time we were in the doctors office. I thought for sure that I would have to call for another cab.

After the doctors visit, I had to pick up our prescriptions at the pharmacy. Again I had to fight through my pain to get the girls and I out and back into the cab.

Finally made it back to Pine Glen. The driver carried the car seats with diaper bag , purse and prescriptions up to the apartment for me, as I slowly struggled up with my girls. Jenny was so weak and tired that I had to carry her as well.

I still ask myself why I didn’t leave Sherry in her car seat to be carried upstairs by the cab driver, and to be honest -I don’t recall why!

Could be that she was crying so much that I had to console her.

After all that - the driver left without being paid! I cannot express how grateful I was and still am towards the driver. True human decency!

I gave the babies their medications-fed them-changed-them-and went to bed. But the peaceful rest didn’t last long.

The meditation that was prescribed for Sherry, contained ‘Codeine’. For which I discovered that very day - she was allergic too.

You’ve got to be kidding me!

I called the doctors office, explaining the situation - told the receptionist that we were just their that day. I was so hoping she could have the doctor write Sherry up another prescription and that hopefully I could find someone to pick it up for me and have the perscription filled, and drop it off at home.

But ‘oh no’, that wasn’t about to happen - that would be to easy!

I managed to coax a relative to take Sherry back to the doctors for me. Thankfully I wouldn’t have to subject Jenny to extra turmoil.

My relative would have to wait until their shift at work was over. By that time the clinic would be closed. So Sherry was seen by a doctor in emergency.

For the whole hour that Sherry was in emergency, Jenny and I clocked out!

It took time for Sherry’s meditation to start working. But once it did, the three of us were back to a solid sleep and gradually got over our ordeal.

If another prankster had pulled the fire alarm - we may have slept right through it!

A couple weeks had passed and my little family were on the mend. Thank God for that!

We had run out of groceries and diapers. So time to go shopping 🛒.

An unknown cab driver picked us up and took us to the store. The only words he spoke was - seven dollars!

As usual I had the girls in one grocery cart, and towed the second one with the groceries behind us. And as usual someone filled their diaper right on time!

So I stood in one spot until some nice older lady would come by, I would ask if she could watch my cart of groceries for me, while I changed both girls-just in case.

Six bags of food and three packs of diapers later, we’re on our way back home.

Taxi driver unloads the groceries, diapers, and car seats-with Sherry in hers - at the front door, asks for $ 7.00. He leaves!

Yes the life and times of single motherhood!