#FreeBritney: A Lesson In Slut-Shaming

It's about time we talk about how media destroyed an innocent woman. 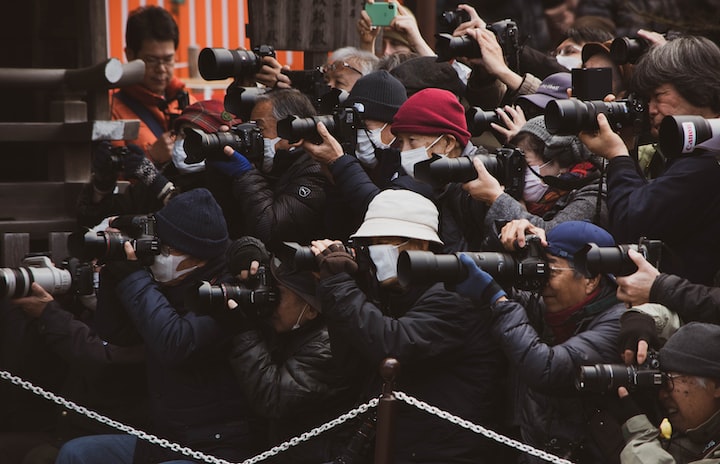 Photo by Zeg Young on Unsplash

So, unless you've been sleeping under a rock, you probably have heard of the #FreeBritney movement. It's a movement that was heavily publicized under the New York Times's "Framing Britney" documentary. For a while, I wasn't interested in what they had to say about her conservatorship.

Heck, I'll be honest. I was never really a fan of her music. In fact, when I was in middle school, I kind of viewed her as Satan incarnate---a living manifestation of everything I hated (and still hate) about the people who made my life a living hell.

Oh, how times have changed.

Getting old means seeing people in a different light, and that includes the pop idols who you assumed were horrible human beings who would hate you. "Framing Britney" is a good example of that.

The documentary itself focused on how media abused her throughout her career, until it culminated in a mental breakdown. She was hounded by paparazzi, constantly slut-shamed, and was regularly told by other women that she should be ashamed of herself.

Even Justin Timberlake, her longtime boyfriend, slut-shamed her for his own profit. Throughout the early 2000s, the pop singer regularly insinuated that Britney cheated on him. The media ate it up, and constantly blamed her for the breakup.

The documentary didn't mince words here, especially when it came to paparazzi. She often felt scared of all the people following her. Magazines made a point of villifying her, often focusing on the fact that she was clearly troubled.

Real talk, who wouldn't be in her shoes?

Her eventual mental breakdowns resulted in her getting into a conservatorship under her father's watch. Up until today, Britney Spears did not have full control over her career, despite being afraid of the very man who had control over her life.

It Was None Of Our Business

This attitude was one that basically defined what it meant like to be a girl in the 90s and 2000s. You had to be sexy, but not too sexy. Be a girl who looks like a schoolgirl, but please, brace yourself for people assuming that they should tear you apart for existing.

During this era, you never actually had to have sex to be a slut. Simply existing with the wrong outfit or having a guy call you one was enough to brand you with a scarlet letter.

It didn't matter that the sex didn't hurt anyone, that it was consensual, that men begged for it, or if it even happened. You were guilty, and you were going to suffer. The stigma was real, and as Britney experienced, often was brutal.

What was truly amazing, though, is how iconic Britney's meltdown was. She had every right to have a break. People were penalizing her for stuff that was truly none of our business.

Britney, We Really Don't Know Who You Are

Here's what "Framing Britney" really showed us. Britney Spears's image was carefully crafted by a bunch of people in media. They made us believe we knew who she was. They marketed her a certain way. She was a commodity that was basically designed to be a punching bag for society.

Everyone assumed they knew who she was, what she was about, and how her life was. The reality couldn't be further from the truth. She spent a life in a world of smoke and mirrors, surrounded by people who were mostly interested in extracting what they could from her.

When Britney got to be more independent, the fact is that many people around her viewed her as a threat or wanted to use her for their own wealth. And, what better way to use someone than to tear them down and control them for profit?

While I used to hate Britney Spears, I now see a lot of myself in her. For all the bubblegum sugar pop she peddled, she put up with hell and had to survive as much bullying (if not far more) as the loner goth girls in class. She didn't deserve the hate; she deserved empathy from a world that gave her none.

The entire documentary ended with pleas for her conservatorship to end, and thankfully, today marked the day that #FreeBritney actually arrived. What more is there to say? Maybe in the future, we'll actually see what her creativity has to offer the world.