by Narleysia Nicolee 9 months ago in beauty 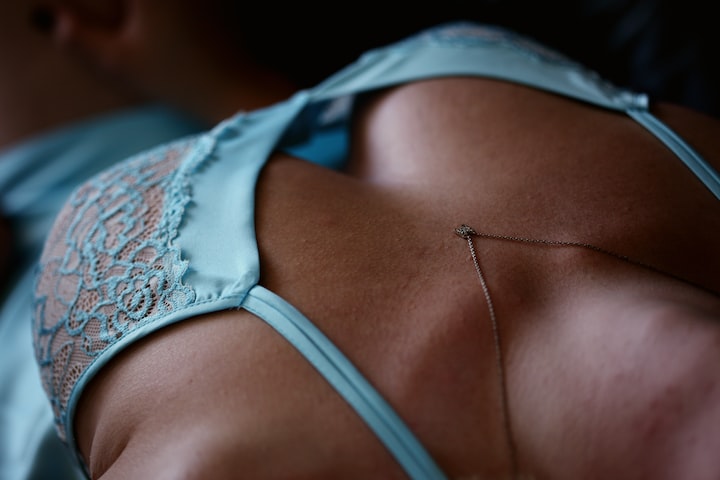 I am a woman, a black woman at that. I feel being a black woman is beauty mixed with pain. Some people, mostly men drool and get hard over the ones that have an hourglass figure with their brown skin glowing like the sun. Those are the ones mostly put all over the gram, the web, and magazines that people get.

It’s funny to me how that’s how some men expect all of us to be but aren’t okay with the fact we all come in different sizes and personality but that’s how some define “NATURAL.”

Now I love the women that are hourglasses and come in different sizes. WHAT I HATE is how some people and our own put black women against each other. When we should uplift each other because we get degraded and admired every day by others around us. As an individual, I have witnessed both. I have been degraded by people I thought was kind from the bottom of my soul. Those that didn’t even know who the hell I was or how my thoughts worked. I have been told things, “I wasn’t worth their time.” “I’m a liar” for the times that I was trying to open up and not run from reality in my life. I was criticized about my lips, now everyone wants and has what I felt wasn’t pretty because of what people said to me. Other stuff like “I’m not thick or curvy enough“ or “no one wants someone that needs fixing or is broken.” It can get to you. It can become your thoughts. I understand it deeply and I mean it wholeheartedly for any woman that experiences it. I do because of the things that happened to me, and what was said to me, became my thoughts and it still is apart of my thoughts sometimes. It shouldn’t be that way, though. Sometimes I question myself as a woman and how I define me but it happens because when things go unsolved or hurt you deeply it never really leaves you. It’s just my opinion okay? Its freedom of speech. How I feel is that eventually, it opens this door to taking those things from the past and turning it into determination to keep going and say “Fuck you” because you are in a better place. You haven’t given up that’s how I see it. “Fuck them” for thinking they fucked you over.

Now, not only is the color of my skin like Hershey mixed with almond because on my worse days I may get acne and maybe a little cranky. I identify as bisexual. Yes, I said it. It’s what I feel and chooses to identify as. People have so many… many opinions about it. Some that I’ve heard are “Bisexuality is an abomination” haha I can never let that go in my head. Unfortunately, that honestly made me felt like I was some type of demon and they were doing a ritual to get it out of me. I have had people say “that seems complicated to choose” and “oh so you must like threesomes?” or “people feel angry or just think it’s a joke and sexy.” because when you hear bi, You think of two which would be a man and a woman. I learned from my perspective if you’re with a man most of them find that “hot.” other guys are “cool,” they don’t sexualize you in any way. If you’re with a woman, it seems like some fear that you’ll cheat because you’re not a lesbian, You’re bisexual. Some aren’t that way at all. Oh, another thing that kills me is that some say you need to have sex to know or the question so “ you’ll suck his or eat her? Since your that?” you don’t need to have sex with neither to know how the hell you feel about both. It’s virgins out there that’s never been with anyone but knows that they are straight, gay, lesbian. You can even simply kiss a person to know but It’s crazy really what people say. I feel like bisexuals and transgenders are the ones that don’t get accepted the most in the community but we’re supposed to be apart of it. It’s sad as ever especially for trans that have to fight the hardest for some type of understanding and equality. All I’m saying just understand if you haven’t heard it from others enough.... being bisexual just means being attracted to both. It doesn’t mean I’ll be with both or want both, Everyone is different. It just me telling you I have a preference and you don’t have to deal with it. It isn’t your life or choice so don’t go throwing stones my way just because of your unhappy. I may change throughout my life because sexuality is fluid and I believe that. It took me so long to figure out the things that I like and dislike and to be proud of myself. Plus, to accept some days isn’t going to be easy. I sometimes feel like I’m not extravagant or good. I sometimes end up being at war with myself with others not knowing because I don’t want to worry a single soul that I love. I know I’m still going to be figuring it out what I like and dislike because it’s a never-ending thing. I’m still working on being proud of myself and accepting everything. I’m still trying and am happy with that because I have gotten this far with everything that happened to me. I would say I made pretty damn good success and I don’t plan on quitting being a BBQ.

See all posts by Narleysia Nicolee →