Be Nice To Your Daughter

by M. Rae 4 months ago in family

An Open Letter to the Lady at the Rec Centre 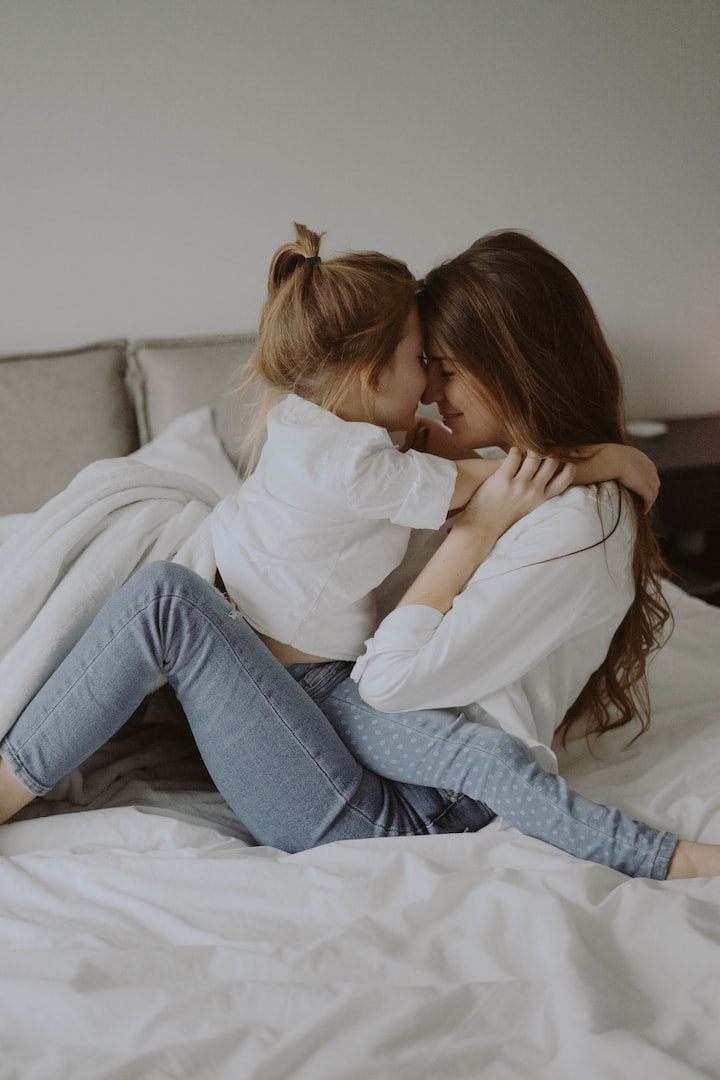 Photo by Mathilde Langevin on Unsplash

You may not realize that I heard everything you said. Or maybe you didn't care. But I did and you broke my heart.

I know being a mom is tough. I raised 3 boys myself. And maybe you were having a bad day. You had 2 kids with you, an adorable chubby baby boy with blonde curls and an infectious smile, and your daughter. I'm guessing she was 10 or 11.

I'm sure you had a million things on your mind. Getting the baby dressed after taking him to the pool, planning supper, the upcoming school year, maybe even some housework or shopping that needed doing even though you don't have the energy to do it. I get it. I've been there, over and over again.

But what I heard today saddened me. Actually, more than that. It shocked me. And let me tell you, after being a single mother, raising my boys, surviving domestic violence, working my way through law school, having a mental breakdown and a whole bunch of other things in between, shocking me is hard to do.

It was only about 10 minutes, and maybe it's not fair to judge you on what could be your worst 10 minutes of the day, or even the week, but I can't help it. I can only judge what I see and hear. In those 10 minutes, I heard you call your daughter a loser, stupid, a brat and a tugboat. I heard you berate her for dividing up the 4 remaining cheese sticks equally between herself and her baby brother, who was creaming for them. You told her he wanted them all and she didn't need them anyway. You poked fun at her weight. That wasn't nice.

I heard you completely disregard her when asking the baby what he wanted for supper, tortellini or pizza. Your daughter asked for pizza and you told her to, "shut up," and asked the baby again for his preference. When she tried harder to get your attention, you ordered her out of you personal space and called her a cling-on and a loser. You threatened to leave her there. It was a funny joke, you and the baby were going to leave "the loser" there, you coaxed him to say bye-bye to his sister while you chuckled, pleased with yourself.

All that was while I was changing back into my street clothes. So maybe you didn't know I heard you, although you looked right at me as I entered the locker room. As I finished getting my things, I heard your daughter ask you if you thought the lifeguard was cute. She said she thought he was. She was right, he was VERY cute (if I were 30 years younger, and single, I'd have told him so myself). You ignored her. So I spoke up and said I agreed with her, he was.

Your response? You turned around and told her that he'd never be interested in her. Right in front of me. I seriously wanted to say something to you that wasn't very nice, but I, unlike you, am able to control myself. I smiled at your daughter and told her that I'd bet if she was 10 years older, the lifeguard would think she was beautiful. You scoffed, and mumbled something about "guys like him not liking chubby girls." So I repeated myself. I told her again, that he was too old for her, but in 10 years, the boys would be knocking down her door.

Did you see how her eyes lit up? Just at that one little kindness? Do you even know what colour her eyes are? She looked at me like a hungry puppy, starved for any sort of attention or compassion, a kind word, just someone to notice her.

Maybe you think you're disciplining her, or keeping her humble. But let me tell you something, I was that girl, and in a few years, you're going to have a whole lot of trouble on your hands, and you're going to wonder why. Remember this day, it's the day I warned you.

She's young now, but she's entering middle school soon, if not next month. There'll be boys there. And after that, high school. She's a pretty girl, long dark hair, nice smile, tall. Someone, someday is going to tell her all the things she wished you said to her. Things she needs to hear, that she's beautiful, that she's good enough, that she's worth their time.

My mother was a lot like you. She didn't have much to say to me aside from criticism. In her mind, she thought she was protecting me, keeping me humble. I spent a long time feeling ugly, stupid and generally unworthy and unlovable. I could never measure up to my brother, and she always reminded me that there was no comparison. I got pregnant at 16, and again at 18. I smoked and drank and tried drugs.

I was lucky, I made it through school and found my way through it. But it took a long, long time. I'm 50, and sometimes, I still hear her voice, her words in my head, especially when I work up the courage to try something new. That doubt, that feeling of not being good enough, of wanting to throw in the towel before I even try because I'm only going to make a fool of myself.

Times are different now, there are more dangers out there than there were when I was young. Back when I was her age, there was no internet, full of creepy guys just waiting there for a pretty little girl who's hungry for attention and a kind word. And let's not get started on the drugs!

I'm sure you love your daughter and I'm sure you want the best for her. I'm sure you're not a bad person or a bad mother. But now's the time to tell her you love and cherish her, to lift her up, to tell her all the things that are great about her. Give her the gift I never got, a sense of self worth. Give her the sense of pride and self she needs so she can choose wisely because without it, you know what happens? She does what I did, she lets any old clown choose her by telling her all those things she desperately needs to hear from you. She'll twist herself into knots trying to be whoever and whatever anyone around her thinks she is or wants her to be. She'll give her life over to anyone who will accept her and the price of admission will be too high. Please, I beg of you, don't do that to your precious child and don't do it to yourself.