6 Reasons Why I Would be Accused of Being a Witch

by Alesia Brooks 2 years ago in history
Report Story 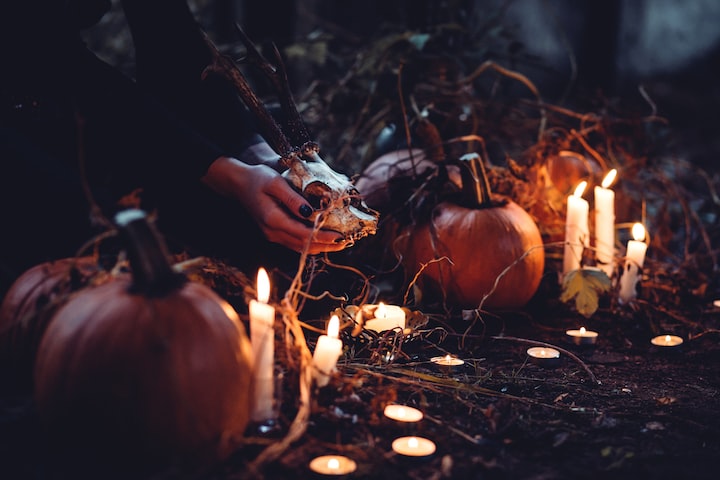 The Salem Witch Trials that occurred in 1692-1693 saw a rise in the accusations of witchcraft in the United States. It’s a popular topic nowadays, especially with the rise in the pagan religion and practice of witchcraft. In these modern times, not a lot of people think twice about these spiritual practices given the increase in religious and spiritual acceptance and tolerance. Claims from back in these trials ranged in severity from witches sacrificing animals to putting curses on families and possessing young girls. Over the years that preceded, many guidelines were put into place on how to spot a witch, and the following hysteria resulted in roughly 25 deaths. The Salem Witch Trials have been largely denounced, considering there is not an accurate way to spot a witch, and even if there is, the tolerance and understanding towards the spiritual practice has grown so much.

I thought that it would be an interesting idea to revisit these events and the guidelines that the people of Salem used to identify a witch and see how many I can apply to myself. These trials largely discriminated against women, more specifically women of color and those of lower socioeconomic standing. As a 21st century woman, it’s strange to me how some of these things were considered signs of witchcraft being practiced, and while I’d like to explore all of the guidelines, I’ll just hit the highlights.

Yes, you read that right. Most of the victims of the Salem Witch Trials and following prejudice were women, and it was believed that women were the sole practitioners of witchcraft. They were, however, not the only victims. It’s believed six men were put to death for their involvement of witchcraft, however most of them were not believed to be witches themselves. Instead, they were defenders of those accused of the practice, going against the principle of killing people for their spiritual beliefs.

I have no children.

I am 22, never married and have no children that don’t have four legs and a tail. So, in accordance with the Salem witch guidelines, I would be at a high risk for accusations of witchcraft. It was believed that witchcraft affected the fertility of those around the practice. Which is also why, if a couple was having issues with conceiving, it was reason to believe a woman living in the vicinity may be a witch.

Butter or milk has spoiled in my fridge.

I know. This one doesn’t have much of an explanation behind it, other than that a woman practicing witchcraft isn’t a satisfactory homemaker. If a cow nearby is also having trouble producing milk, it could also come back on you for being a witch. There were even people who testified in the trials who deemed spoiled dairy products as a common occurrence near a practicing witch.

I have broken rules outlined in the bible.

This one doesn't feel too far fetched. Even in the 21st century there are people who accuse others of engaging with Satan for not following virtually every rule in the bible. Things such as missing church, being gluttonous, telling a lie, or participating in any activities on the Sabbath. I don’t know about you, but it’s safe to say I’ve broken at least one of those rules before in my life. Just another reason why I would be a suspected witch.

Any women who exhibited stubborn, rude or strange behavior were subject to questioning about their spirituality. In several trials against suspected witches, there were people who testified that individuals exhibited “bitter and strange behavior” which was used as a means to the conclusion of witchcraft. I would consider myself quite the stubborn person with some strange behaviors, so I guess that makes me a witch!

I have at least one female friend.

ALL WOMEN ARE WITCHES! No. But this one is really true! If women had even one female friend or would hang out with a group of women without a “chaperone”, it was believed that they were in a coven that participated in the practice of witchcraft. I have a good group of about four other women, and while we may not be the most proper and pristine group, I wouldn’t necessarily describe us as a coven. But just another reason added to the list!

The Salem Witch Trials began with false accusations from two girls against a woman who worked for their family. She was said to have put a curse on the girls that caused unruly behavior and uncontrollable fits. This caused mass hysteria, and like all times in recorded history, people needed a scapegoat so that they didn’t have to figure out what was actually happening. It’s believed that the fits suffered by the girls were actually caused by a type of bacteria in yeast that can cause paranoia, hallucinations and erratic behavior.

Those killed in the trials were accused based on some of these reasons and were subsequently hanged, drowned, or crushed. Any way you put it, it’s interesting to think how such a large group of people can fall victim to the same exact hysteria and unfounded fears.

More stories from Alesia Brooks and writers in Viva and other communities.