11 curiosities of redheads that will surprise you

by Merina Jenkosvic 4 months ago in beauty
Report Story 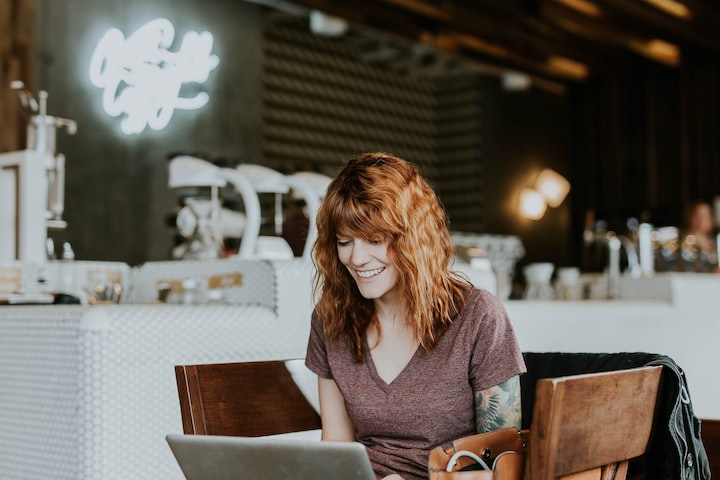 Among the enormous diversity of the human species, redheads stand out in the world for their colorful reddish hue that is as charming as it is captivating. If you have a friend with red hair, you will understand me very well when I say that it is difficult to pay attention to what they say without looking away at their striking hair color.

To your surprise, the color that distinguishes redheads is not their only peculiarity, there are more things that you possibly did not know about redheads and here we tell you.

Here we present 11 curiosities of redheads that will surprise you

1. The combination of red hair and blue eyes is the rarest in the world

While the vast majority of redheads have brown, green, or hazel eyes, they are unlikely to have blue eyes, making it about as rare as finding a four-leaf clover.

And because? Blue eyes are a recessive trait, that is, a characteristic of the genes that both parents must have for their child to assume such qualities. We are talking about only 1% of the world population.

Unlike most people, redheads require around 20% extra anesthesia for surgery. So far the reason for this strange phenomenon is unknown, but it is believed that there may be a cause-effect relationship with the mutation of the MC1R gene that causes reddish hair color.

Recent studies have shown that people with red hair are very sensitive to pain induced by low or high temperatures. The reason? Your body is not able to adapt more quickly to changes in the weather.

4. Redheads have the thickest hair in the world.

Not only can they afford the thickest hair in the world , they also don't have to worry about graying until late in life. But not everything is perfect, because at the same time they have less hair than the average person.

Precisely because they have thicker hair, it is logical that they take longer to dye their hair another color. Can there be someone on the face of the Earth who would like to change their reddish hair for another color?

6. Families can carry the redhead gene without knowing it.

Whole generations can go by without knowing that in your family there is a red-haired gene that sooner or later will produce beautiful reddish hair. Could it be your children? Or your children's children?

7. Redheads are a factory of vitamin D

Redheads are able to generate their own vitamin D without the need to expose themselves to light for a long time. The low concentration of melanin in your body forces them to produce more vitamins to protect and regenerate the skin.

8. Redheads are the rarest in the world

The percentage of red-haired people is 2.1% worldwide . Despite this, 40% of Britons carry the red-haired gene in their blood.

9. Redheads are not in danger of extinction

Many people have the idea that redheads are in danger of extinction because they represent a minority of the world's population. But the reality is that the red color gene remains in force more frequently than any species in the animal world.

In the Roman Empire, red-haired slaves were considered stronger and more expensive due to the color of their hair. That is why many merchants dyed their prisoners red to impress the public.

11. If you look into the eyes of a redhead for more than 10 seconds you will be crushed.

The government offers grants and loans for states and Learn about federal government grants, who qualifies, and how to get them.

More stories from Merina Jenkosvic and writers in Viva and other communities.