Why is now the best time for Simmons to change positions?

by Miley 2 months ago in basketball
Report Story

There are 3 main reasons 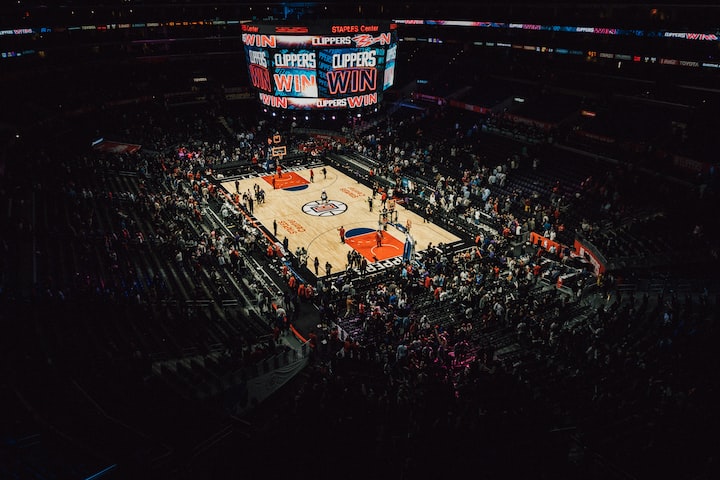 Photo by Marius Christensen on Unsplash

A young man from Australia was selected by the Philadelphia 76ers with the first pick in the 2016 NBA Draft. Brett Brown, the head coach of the Philadelphia 76ers at the time, proudly stated in front of the media that he would make young Ben Simmons the team's starting point guard. This was a risky move, as it was "almost cruel" for young Simmons to start at point guard without any experience in American basketball.

In a way, Simmons, as the starting point guard did have some success, with the guard identity Simmons, has been selected as an NBA All-Star 2 times, and got the best rookie, selected as the best rookie in a while. With his tall body, thick build, and excellent big-game perspective, Simmons' physical talent does lend itself to playing point guard, but his consistently poor outside shooting has prevented Simmons from becoming an even better point guard.

The combination of Simmons and Embiid has been playing in the NBA for a few seasons, but the team seems to be getting further and further away from the NBA championship. This season, before the NBA lockout, the 76ers only achieved the sixth record in the East, Emb, iid and Simmons suffered a series of injuries, but the team is not as expected. Whether Simmons and Embiid are compatible or not has become a topic of debate among media and fans.

Coach Brown knows this, according to the American media Yahoo Sports, Brown will most likely let Simmons leave the point guard position after the NBA resumption and switch to the role of small forward. Coach Brown believes that Simmons' strongest advantage is his strong body, which can help him impact the basket for points. Of course, Simmons' vision and passing ability are also excellent, but it would be a weakening for Simmons to dribble to the frontcourt and then pass to his teammates.

Simmons' position change is already on the board, but why is it the best time for him to change it? I think there are 3 main reasons.

Milton has appeared in 32 games for the 76ers this season, starting 16 of them, and can contribute 9.5 points, 2.1 rebounds, and 2.2 assists per game, shooting 45.3% from three. Milton's rise in the backline provides the premise for Simmons to switch to playing organizational forward. Coupled with veteran Horford's gradual return to form, his ability to curate at the free throw line attachment will also create more offensive opportunities for Simmons, who is good at cutting through the air. It is the rise of Milton that gives Simmons the best time to change his position.

Simmons' shooting shortcomings are well known, but other than shooting, Simmons can do almost anything. Coach Brown has compared Simmons to Griffin, who is an All-Star at the forward position. This season, it is easy to see that Coach Brown has been making various attempts to transition Simmons, including having Simmons as a cover and center pivot. Although the results have been mixed, in the long run, this is certainly the position that best suits Simmons' skill set.

Simmons can block with Embiid in the low post

Once Simmons switches to forward, the 76ers will have more plays in the low post. Simmons is physically equipped to play the blocking game with Embiid in the low post, and the two will have a very intimidating inside impact. Simmons and Embiid low post-play blocking, in this season's victory over the Los Angeles Clippers, has been used. It did have an unexpected effect at the time, perhaps the main reason why Coach Brown decided to change Simmons' position.

Of course, let Simmons change his position only if he agrees to do so. Recently, in an interview with reporters, Simmons said that he can play any position, and he made a point of emphasizing that he likes to play blocking. All signs indicate that now is the best time for Simmons to change his position. What do you think about this? Welcome to leave your opinion in the comment section below!

More stories from Miley and writers in Unbalanced and other communities.