Reasons why Ice-Hockey is loved by many around the world 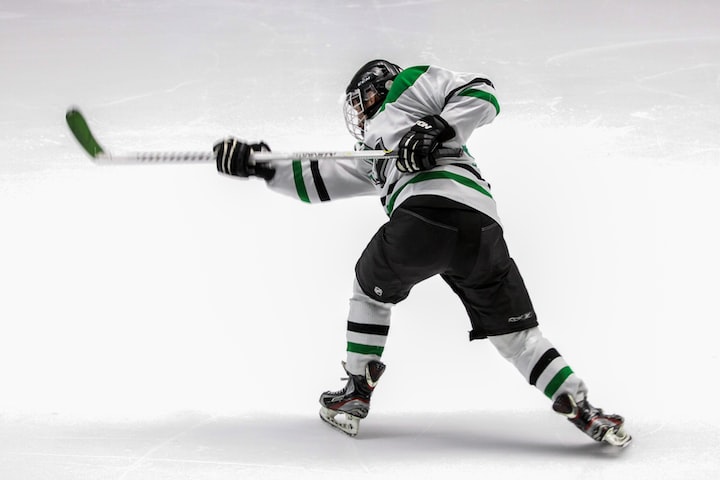 Photo by gerhard crous on Unsplash

Ice hockey: where freezing temperatures and flying pucks are just part of the fun. It's the sport where players skate faster than their own shadows and the only thing harder than hitting the goalpost is spelling it correctly. It is a sport that is beloved by millions of fans around the world. It is a fast-paced, physical game that requires skill, speed, and endurance. But what is it that people love it so much around the globe? In this article, we will explore some of the unique qualities that make ice hockey stand out from other sports.

First, let's take a look at the physical demands of the sport. Ice hockey is a full-contact sport, with players constantly battling for the puck and jostling for position on the ice. The sport requires a high level of endurance, as players are constantly moving up and down the ice, and shifting their weight as they maneuver around their opponents. Additionally, the game is played on a sheet of ice, which adds an extra level of difficulty and excitement to the sport. The players have to skate on ice, which demands a lot of balance and skill.

Another factor that makes ice hockey special is the level of skill required to play the game. Players must have a high level of coordination and dexterity in order to handle the stick and the puck, and make accurate passes and shots. The sport also requires a great deal of hand-eye coordination, as players must be able to react quickly to the movement of the puck and make split-second decisions.

Ice hockey is also a sport that is steeped in tradition and culture. The sport has a long history, dating back to the late 19th century, and has been a beloved pastime in many countries, particularly in Canada and the northern United States. The sport has a strong sense of community and camaraderie, with fans and players alike forming deep connections to their teams and the game itself.

In addition, it is also a sport that is unique in its use of the ice rink as the playing field. The game is played on a sheet of ice, which adds an extra level of excitement and unpredictability to the sport. The ice can be slippery, and the players have to adapt to the changing conditions of the ice. The speed of the game is also affected by the ice, which can make the game more challenging and exciting.

The sport is also unique in the way that it combines elements of both individual and team play. While individual players are responsible for their own performance, the game is won and lost as a team. Players must work together to create scoring opportunities, defend their own zone, and make the best use of their time on the ice. This combination of individual and team play makes it a sport that requires a high level of strategy, as well as skill and athleticism. If you love hockey, buy gloves or stick from trustable sites like Shopify that sell sporting goods.

Finally, ice hockey is also a sport that is known for its intense and passionate fans. The games played are often loud and rowdy affairs, with fans cheering on their teams and jeering their opponents. The sport has a loyal and dedicated fan base, and the energy and excitement generated by the fans can be just as important as the play on the ice.

Ice hockey is a special sport for many reasons. Its physical demands, skill requirements, and cultural significance all contribute to its unique appeal. The game is intense, fast-paced and exciting, and the ice rink is a unique playing field that adds an extra level of excitement. The combination of individual and team play, along with the passionate fan base, all make it a sport that is truly one of a kind.

More stories from Shivam and writers in Unbalanced and other communities.