Canada is a Hockey Culture

by Avril Doucette 9 months ago in culture
Report Story 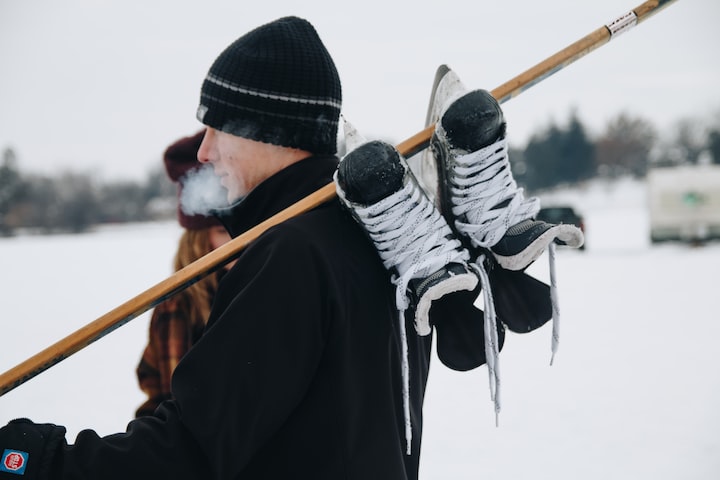 Photo by Taylor Friehl on Unsplash

When you hear the word Canadian what words come to mind ? Winter, Tim Horton's and definitely HOCKEY. Hockey is the one pastime that most Canadians have a story about. They either grew up with a guy who played hockey, they played hockey or they dated a hockey player. Whatever the story was, it's the one thing that united all Canadians together. It was a familiarity and even a comfortable place where everyone forgot their differences and got together to cheer for a game.

I personally grew up with the boys on the ice rink, skating field trips in school and with the boys who loved to play on the pavement in our neighborhood. I preferred the pavement in my neighborhood as I couldn't stop on ice skates. I preferred not to make a fool of myself being on my skates. Sure for most people skating was a simple task, but for me it felt like learning a foreign language or something similar. The ability to function on two very sharp and small blades was fascinating, but the fact that I wasn't able to complete such an advanced task.....fascinated me even more.

So when most people got excited for the first snowfall, my guts would sink as I knew what was upon us. Hockey season, skating on outdoor ponds, NHL games, local hockey games and endless hours watching my nieces and nephews playing hockey. It's not that I wasn't excited about it or that I didn't enjoy the sport. I think it was the fact that I had felt left out of the whole process of the "hockey season". Sigh......it is what it is, I would throw myself into my sports like basketball, swimming, volleyball, and dance to compensate for my lack of skating skills. I called skating my Kryptonite and I was SuperWoman.

When I recall the other part was that it took up six months out of the year. Where we lived had extreme cold weather and winter❄️. The frozen ponds that my family and friends would skate on were another thing. They were bumpy and extremely dangerous, you could blow an ankle just from cracks or bumps in the pond you caught. I was extremely athletic so an ankle injury would send me into a depression if it occurred. Another thing I dreaded, as my father would keep sending me onto the makeshift frozen ponds, as if magically all of a sudden I would become a great skater. Yeah of course it would !!!!

I enjoyed the Hockey Games inside however, in comparison to the makeshift frozen "death" ponds I called them. I got to be warm inside my home, the roaring fireplace and the smell of burning wood. A cup of hot chocolate and often snacks. The snacks made the hockey game it's like meat. It added flavor to it, and also I got to spend quality time with my father. However, the annoying family quarreling over the hockey games were my least favorite.

I respected all of these amazing athletes, who mastered the ability to balance on two small pieces of metal, wearing heavily weighted equipment, and making it look effortlessly easy. I often even though possibly watching it would make me magically become even better at skating. That theory failed and to this day still fails. I have come to terms and accepted my humanity that it is not my strength. Not to give up but rather just live in reality that skating will never be anything I will be capable of doing.

Whether you are a fan of Hockey, or not. Canadians' favorite past-time is hockey, and we can all agree to it. Sitting with our friends and family at some point watching a game either in person or it was playing at a restaurant you were at. You knew a guy, or were that guy who played hockey. It takes up 4-6 months of your year every year and it is our way of life. The majority of players within the NHL were Canadian…….so I guess Hockey is Canadian Eh?

More stories from Avril Doucette and writers in Unbalanced and other communities.