by Winners Only 10 months ago in culture

Cincinnati will be hosting the Oliver Nikoloff Invitational this weekend. This piece is a feature of some of the most talented athletes that will be featured on Saturday, April 6. 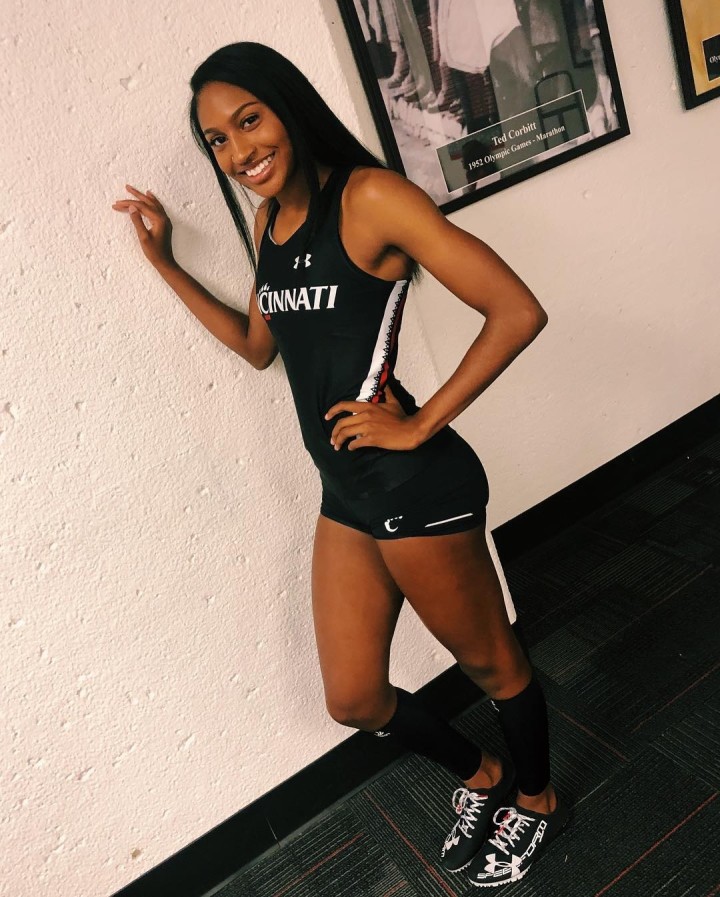 Banks is proving to be a solid competitor during her freshman season for the Cincinnati Bearcats. During indoor season she had a 10th place finish (56.93) out of 54 runners in the 400-meter dash at the Vanderbilt Invitational. She finished ahead of runners from programs such as Ole Miss, Auburn and Georgia Tech.

She also had an eighth place finish out of 56 runners at the Jim Green Track and Field Invitational (57.17). During her final year of high school competition, Banks placed second in the 400-meter dash finals (55.45) at the Ohio Division I state championship meet. 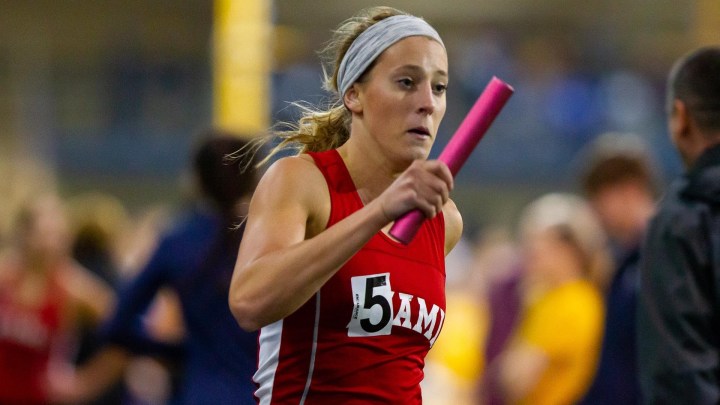 Bechtel enters this weekend as the 100th ranked 400-meter dash runner in the nation. She finished fifth (54.76) in this year's 400-meter dash final at the Mid-American Indoor championship meet. At last year's outdoor conference championship, she placed third (54.05). 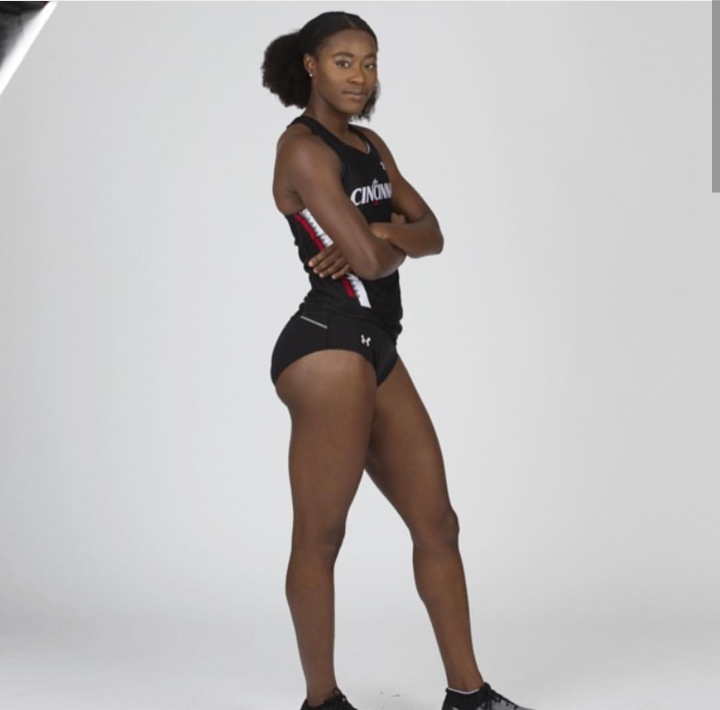 Bisiolu has Nigerian citizenship and according to the IAAF rankings she is the top ranked runner in Nigeria in the 200-meter dash, seventh best in the 400-meter dash and 14th in the 100-meter dash. 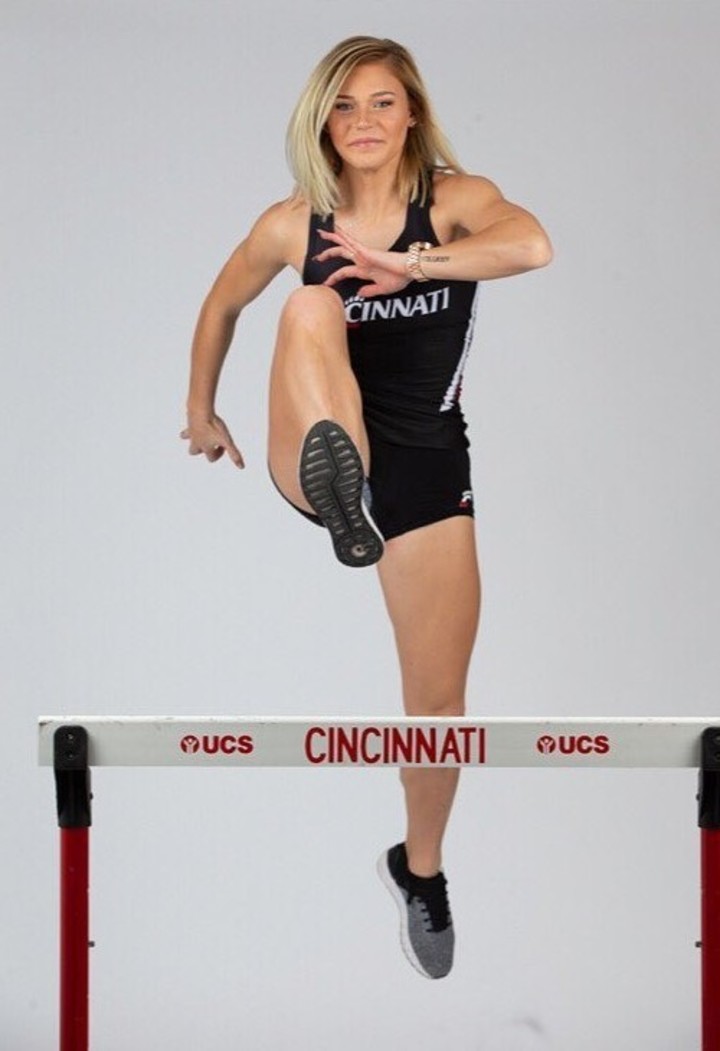 During this year's indoor season she had top eight finishes in the 200- and 400-meter dashes at the Ohio State Tune-Up. 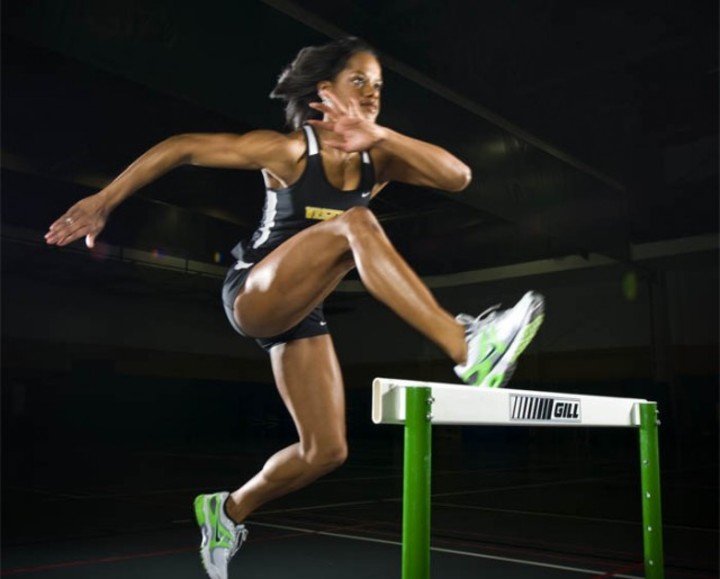 This year, during indoor season, she won the 60-meter hurdles race (8.47) at the Zips Invitational. She also won at the Jessica Starks Open and Collegiate Indoor Invite. Lloyd's outdoor season began with a win at the Otterbein April Fools Invite (14.46).

Currently ranked 106th in the nation, Lloyd made a name for herself in college as the Horizon League eight-time hurdles champ from 2009-12, when she competed at Wright State. 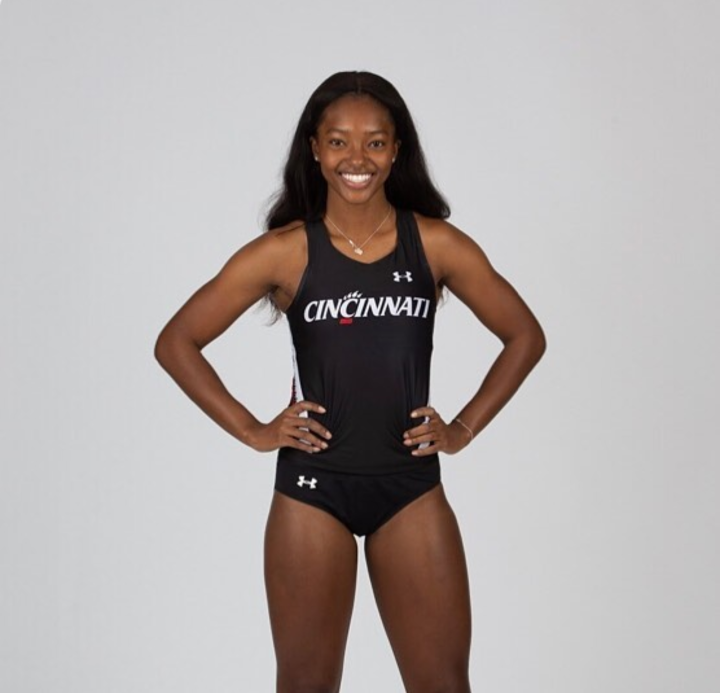 Her seeded time of 12.21 is from the indoor season at the American Athletic Conference Championship, where she placed ninth. As a freshman she got her lone first place finish (5.64) at the Buckeye Tune-Up, beating out runner-up Alexus Pyles of Ohio State and a field of 11 jumpers. 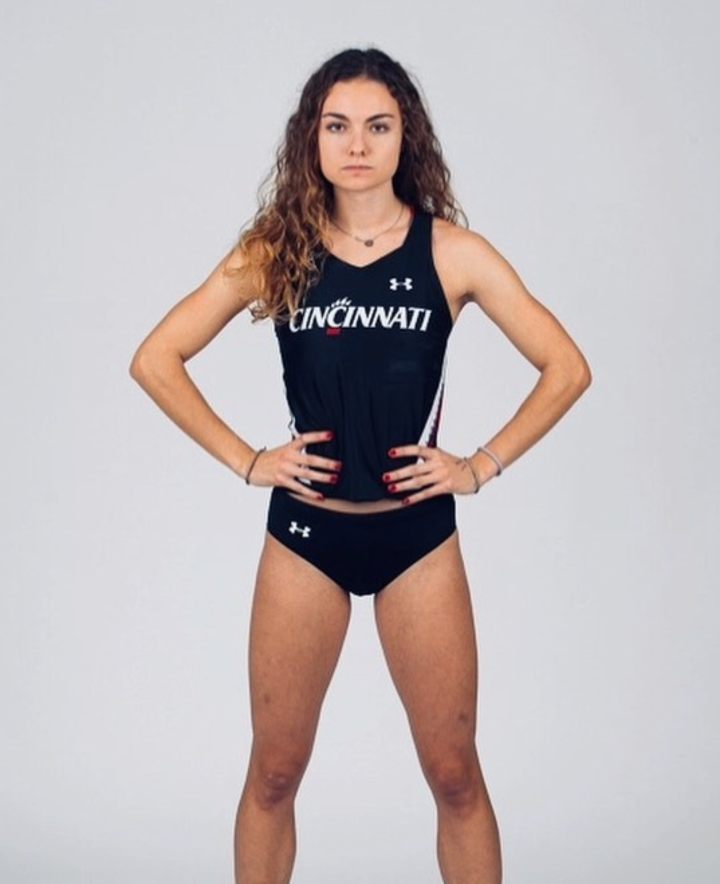 Born in Donostia, Spain, Mitxelena enters the weekend as the seventh ranked long jumper in her home country, which is also where she ranks in triple jump competition.

A more successful triple jump competitor, winning this year's American Athletic Conference's indoor championship, Mitxelena is listed to jump only in the long jump event where she placed sixth (5.86) at this year's indoor conference championship.

Her outdoor season began with a ninth place finish (5.85) at the Texas Relays. Mitxelena's seed mark of 5.94 is the highest of the field of 31 jumpers. She's also scheduled to participate in the 100-meter dash for the first time since 2017. 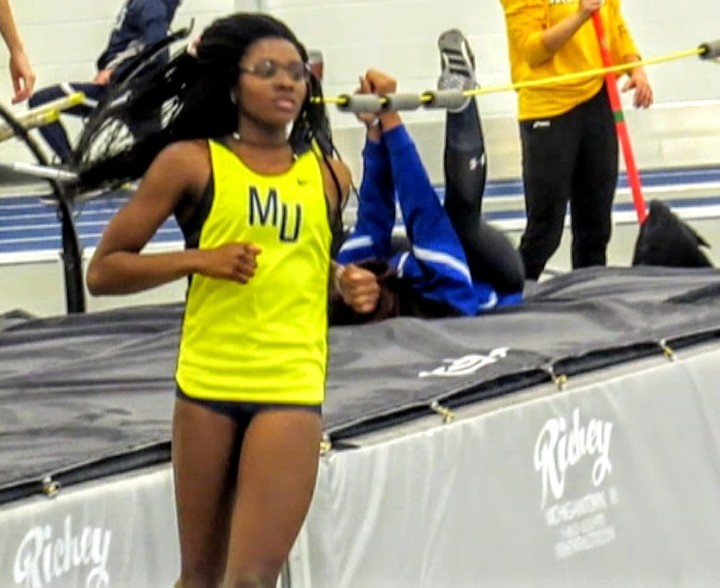 Norwood has been very productive in her freshman season. She collected a win in the long jump (5.18) at the Robert H. Johnson Some Little Giant Open. At the Crossroads Indoor Championships she placed third at the high jump (1.57) and fifth (5.19) in the long jump. 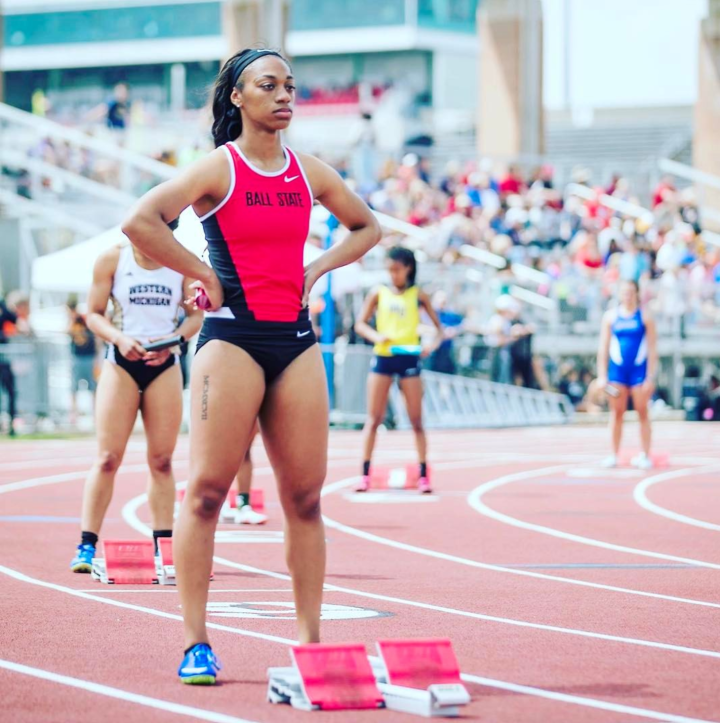 Ranked 151st in the nation, Stewart comes in with the top seeded time of 11.66. Stewart had a solid indoor season with wins in the 60-meter dash at the Meyo Invitational (7.50) and Bowling Green (7.52). She had a runner-up finish at the Kent State Doug Raymond Invite (7.50). Last outdoor season she placed second in the 100-meter dash at the Mid-American Conference Championships (11.66).

Stewart opened this outdoor season at the Vanderbilt Black &amp; Gold Invitational, placing seventh in the 100-meter dash at 11.87. Her 400-meter relay squad placed third (45.30) behind Kentucky and Middle Tennessee State. Stewart helped Ball State to a runner-up finish at the Mid-American Conference Championships in the 400-meter relay (45.57) during the 2018 outdoor season. 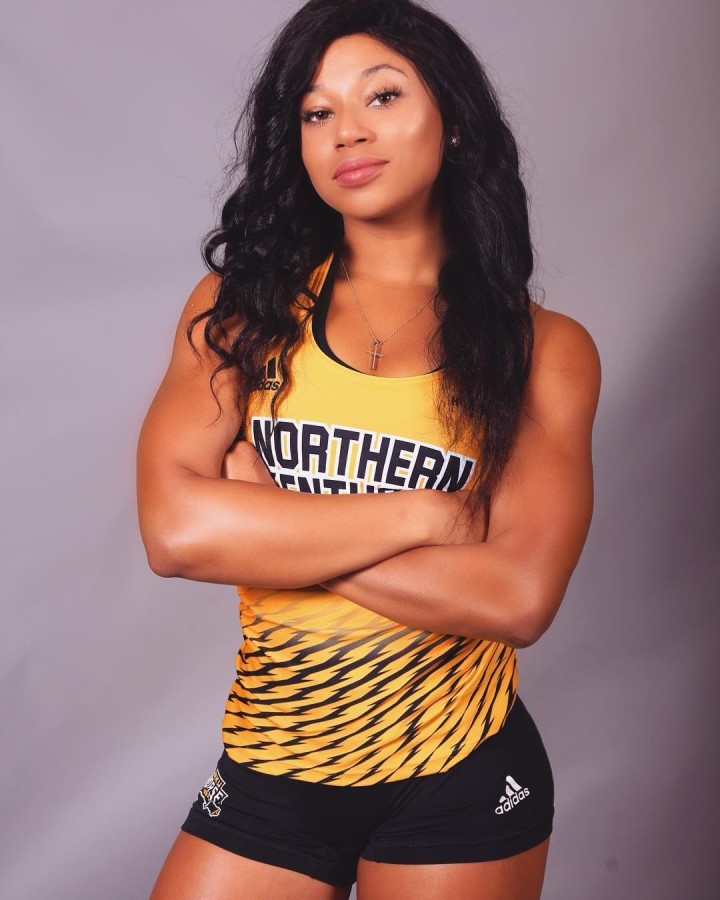 Thompson began the outdoor season with a first place long jump of 5.60 at the Blizzard Buster. That jump enters the weekend as the top mark of all Horizon League competitors. During indoor season she scored a first place finish (5.46) at the Marshall Opener.