by Kaitlyn Dawn 10 days ago in hockey

why I'd rather watch hockey in person, and not on the tv 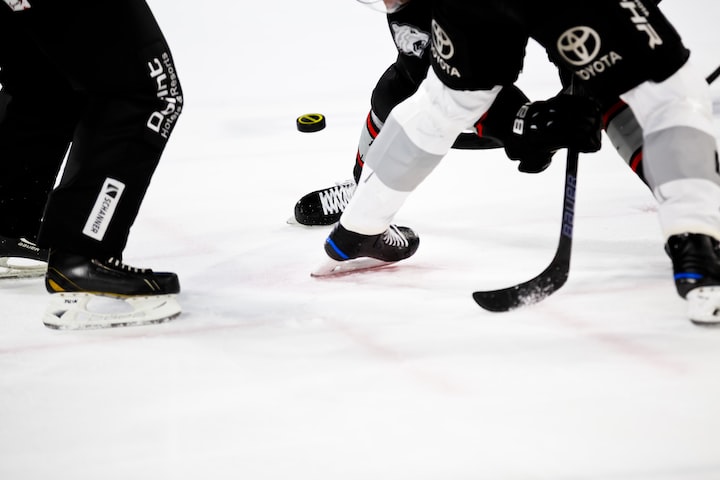 Off the top of my head, I can think of five hockey games I've seen live -- one being an NHL game (Vancouver Canucks versus Edmonton Oilers, December 26th 2009!).

The number of times I've actually sat and watched a hockey game playing on television ... pretty sure it's less than that. I might've sat with my dad once or twice while he was watching, and I can think of one night where I laid in bed with my boyfriend as he was watching (and I may have asked some questions during the commercial breaks).

As you can probably guess, I'm not a huge sports fan. Believe it or not though, I enjoy hockey. If I had to pick one sport to love, it would be hockey (and I'm really glad my boyfriend is an avid fan of it, and not something else like football ... or golf). I'll be honest, I don't understand the rules to hockey, but I'm certainly entranced every time I watch a game.

So, the question: Why would I rather watch hockey live in person (instead of on television)?

Let me start with this: I can barely watch a movie anymore without doing SOMETHING. I am rarely able to sit still for 2-3 hours, doing nothing but staring at a screen. If I'm not watching with someone else, I will have my laptop in front of me, using the movie as background noise. In fact, as I'm typing this, I'm "watching" a web series. (I have little-to-zero idea what's going on ...)

Yet when I'm not at home -- if I go to a movie theatre, or attend a concert ... or if I'm at a hockey game! -- I find myself way more engaged. I'm present and living for the moment. I'm following the lightning fast players and the puck, my jaw is open wide in awe ... again, not actually fully knowing what's going on, BUT I am excited by everything overall. The action of it happening right in front of me makes me WANT to learn more about the game.

One of the things I've been working on since starting my life coach training is being more present. I tend to have a hard time shutting my brain off, and as a result I'm constantly thinking of other things while my boyfriend and I are watching a movie together. (I've given myself a rule, that's been helping -- if I get an idea, jot it down quickly into my phone notes and I can come back to it after the movie.) I can speak from some experience when I say with decent confidence that I would absolutely be present and enjoy the quality time with my love if we were at a LIVE hockey game, not on the couch in our apartment.

I had plans to buy tickets to a local game, for my 1-year anniversary with my boyfriend, in March 2020 ... then, the pandemic hit. I was pretty disappointed, and actually ashamed of myself for not coming up with the idea sooner -- why hadn't I gotten tickets as a Christmas present just a few months earlier?

It is a dream of mine now, when things return to "normal" -- I'd love to take in a game with the love of my life. It's something that's super important to him -- he played a few sports growing up, but hockey was the one he continued with the longest. I think he would appreciate the gesture, and I can't wait to make more of these kinds of memories with him.