JW
by Jacob Wolinsky 15 days ago in stocks 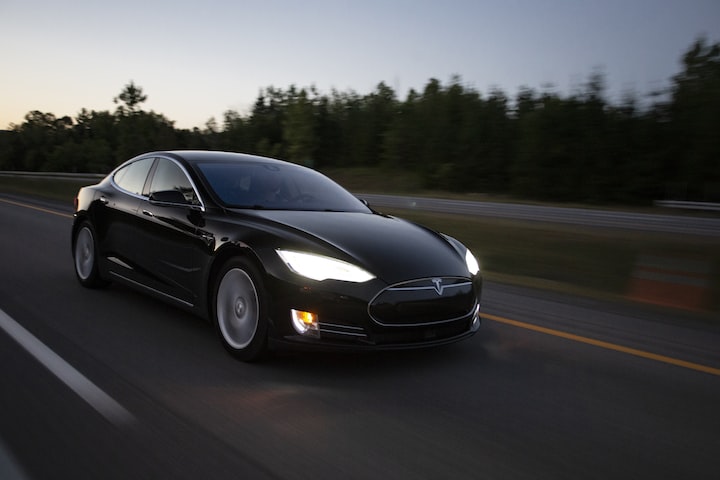 Tesla released its Q2 2020 earnings report last night, and analysts responded with a flood of price target increases for Tesla stock. We’re finally starting to see a significant number of analysts with price targets in excess of $1,000, although the company’s valuation still gives most analysts pause.

The automaker reported $6 billion in revenue and non-GAAP earnings of $2.18 per share, compared to the consensus numbers of $5.2 billion in sales and losses of 48 cents per share. Auto revenues came in at $5.18 billion, while consensus had been expecting $5.15 billion.

Canaccord Genuity analyst Jed Dorsheimer boosted his price target for Tesla stock from $650 to $1,623 but maintained his Hold rating following the Q2 2020 earnings report. He sees three factors that could drive sentiment on Tesla stock even higher.

They are the upcoming battery day and other announcements about technology, data points about the Semi and Cybertruck and profitable energy BU going into wildfire and hurricane season. He noted that valuation will continue to be a concern for many but that it is a concern with all "category-killing opportunities or unicorns."

He also expects momentum for Tesla stock to continue amid the possibility of it being added to the S&P 500. His price target is 70 times his 2021 pro forma earnings per share estimate of $23.20.

Wedbush analysts raised their price target for Tesla stock from $1,250 to $1,800 and maintained their Neutral rating following the Q2 2020 earnings report. They also set their new bull case at $2,500 a share.

Many analysts continue to keep their price targets for Tesla stock below $1,000 after the Q2 2020 earnings report. Morgan Stanley analyst Adam Jonas maintained his Underweight rating and $740 price target on the shares after the report.

He noted that Tesla's Q2 2020 earnings report does not change bulls' thesis dramatically, but the positive results during a quarter that was especially challenging due to the COVID-19 pandemic were impressive. Jonas added that the key question now is whether Tesla's Q2 2020 earnings results make its stock easier to own or whether it markets a top where it may be a good time to sell the shares.

He said the answer to that question depends on your view of the sectors. The tech playbook has been to reward the winners that can compound in the long term. However, the "mean-reverting industrial/auto/generalist investor" could take a more trading-oriented approach. Jonas praised the company's positive free cash flow result of $418 million as he had been expecting to see $1 billion in cash burn. The consensus had been $259 million in cash burn.

RBC Capital Markets analyst Joseph Spak raised his price target for Tesla stock from $765 to $850 but maintained his Underperform rating after the Q2 2020 earnings report. He noted that once again, the company's results were aided by regulatory credits, which is a difficult part of the business to model.

Tesla has said that its long-term plans don't include regulatory credits as a meaningful driver, but they have been recently. In fact, without regulatory credits, the automaker would not have become eligible to join the S&P 500. Spak noted that credits over the last four quarters have amounted to about $1.05 billion.

The company said its regulatory credits could double this year, which suggests they will reach $1.2 billion. It also reiterated hits guidance of 500,000 vehicle deliveries this year, although it added that reached that number could be more difficult due to supply constraints.