But not in the poor… 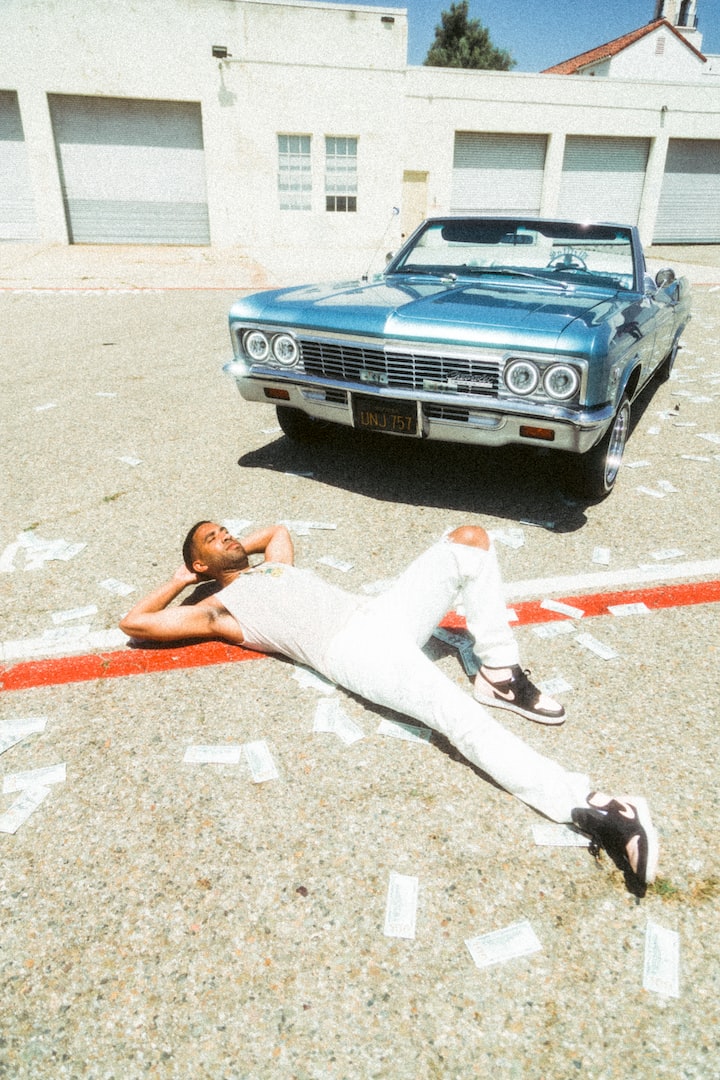 Entering the real world had been an eye-opener for a comfort-zone loving youngster like myself… The true colours of the independent life you’ve always dreamed about as a teenager, finally unravels with it, a life of hustle culture, competition, realities of the workplace, and most of all, the very unfairness of the world we live in! While you, on one hand, find yourself struggling to pay your bills while working on a job that pays minimum wage, on the other, there are people leading the most coveted lives complimented by the large homes they live in, luxury cars they drive, the Instagram-worthy vacations they take, VIP parties they attend, etc.

These people come in two categories mostly; the first being the inheritors, who basically inherited their riches from their uber-rich parents, won the lottery, or hit a jackpot at the casino, and the second being the self-made (also referred to as “new money” by jealous inheritors), who built themselves from the ground up to enjoy the immense wealth they never had. Now, for someone from an under privileged background like me, it is obviously impossible to inherit riches like the ones in the first category, but entering the latter seemed a shot worth the try.

In order to build your riches from zero level, it is not only necessary that I educate myself with all the best materials I can find on the internet, the amazing financial reads like “Rich Dad Poor Dad”, or even the millionaire podcasts on Spotify. The way to making it big in the real world is through real life experiences of the ones who have already done it. That’s when I decided to network with mentors who are rich, successful, and self-built businesspeople. I met a lot of them through social media, business partnership, travel, networking, etc.

Self-made millionaires I’ve known so far, came from diverse countries, religious affiliations, ethnicities, genders, educational background, personalities, etc. But all of them possessed one common trait: they really valued their money! Everything from earning, saving, and building. They were keen in their wealth, in all possible ways…

Mind you, I’ve only come across this compulsive obsession in rich people (self-made) I’ve met, or the passionate ones who are showing signs of attaining that level.

Never in my life have I ever met a poor, lower middle class, or financially underachieving in general, hold this devotion towards wealth-building. As far as I can conclude from my broke friends, and even my own family, lower economic classes tend to stay that way, mostly because of their indifference towards money. It is common for them to hold regressive attitudes towards earning and building wealth, and on top of that, they try their best to put their aspiring counterparts down from achieving financial success (“crab-mentality”). I would say, the first step in building wealth, is to stay away from these people!

Every self-built millionaire I’ve ever met were frugal, and this formed the very basis of their wealthy mindset! Every penny mattered in the transactions during the times I’ve had business deals with such clients. The highly successful businesspeople often tend to be hard-minded about their financial deals.

One of my mentors, a millionaire in his 70’s, built his wealth by setting up a tools business after working a series of minimum-wage jobs, ever since he dropped out of high school. He came from a poor family that couldn’t even afford to send him to college. The only inheritance they left him were the cruel memories of poverty, which helped him be very vigilant with his finances as an adult. Today, with millions in his bank account, he still tries to save 50 cents by buying that slab of butter using coupons he collects for his weekly grocery shopping. He says that even the slightest discounts he gets will save him a lot of money, say in like ten years… Now you do the math!

Keep in mind, by being frugal, they certainly do not mean to be cheap. The rich do spend well when it comes down to essentials that they think will be a bang for their buck; for example, business suits, smartphones, etc., while saving on mostly perishable, disposable, and cheaply replaceable stuff. Like my mentor says, “If you buy them cheap, you end up buying them twice!”

“Save to invest, don’t save to save. The only reason to save money is to invest it.” — Grant Cardone (A Millionaire)

As much as they tend to be thrifty to save a lot, financially prodigious people also tend to make smart investment choices with their savings. In addition, they also invest significantly in educating themselves about investing, which include books about investments, stock market news subscriptions, live stock-tracking apps, paid investment/crypto mentorship, etc.

The oldest millionaire I’ve ever known was an elderly widow in her 80s, who is uneducated by today’s standards. Working her whole life as a maid, she saved up enough to make smart investments in gold, land, rental property, etc., because of her lack of knowledge about the modern stock and crypto markets. She retired a multi-millionaire and her only advice to young people is not to put all your eggs in one basket (golden rule in investing)!

A close friend of mine, only elder to me by two years, began her investment journey after reading the book, “The Intelligent Investor” by Benjamin Graham. Ever since then, she has read over 60 books on investing, and already has close to a million dollars in stock, bonds, crypto, etc. The cherry on top of it all would be her latest investment: the Ethereum-mining rig in her basement, which earns her about $1000 every month, while she’s away on vacations sipping cocktails!

I’ve spent a week in a holiday home that belongs to one of my mentors, a millionaire in her mid-30s. She owns yachts, and luxury vehicles which she rents out. Her life would make a great Instagram profile, yet she doesn’t have any social media accounts. She believes in enjoying her luxuries without posting them online, in order to avoid unnecessary attention from strangers.

As a rule, most self-made millionaires do not flaunt their elite lifestyles on Instagram (we all know who does…). This is to protect their assets from being attacked or stolen.

Most rich people I know, change jobs like every 5 years, to gain experience, and to gain better wages. And if they’re businesspeople, they take risks to increase their profits periodically. Whether they’re salary workers or entrepreneurs, they step out of their comfort zone to secure their financial future.

Self-made millionaires stress the importance of passive income. Most of my wealthy mentors own several small businesses, rather than owning a large one.

More stories from Shalin Thomas and writers in Trader and other communities.