How Groupthink and FOMO Influenced GameStop 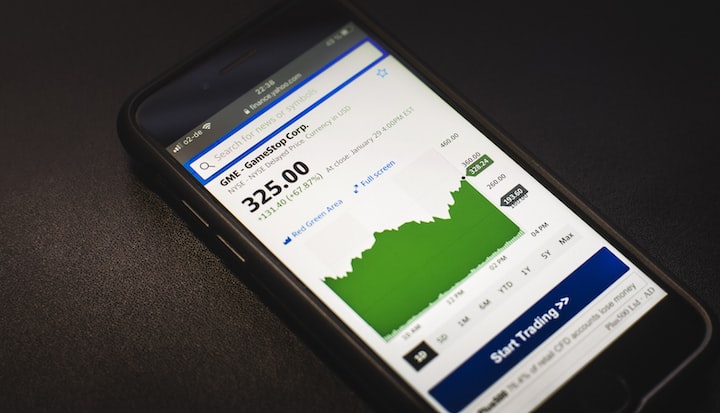 Photo by Michael Förtsch on Unsplash

Imagine you are in a cattle chute with thousands of people. Everyone is pushing forward. Some look worried. Others are excited. You are not sure what you are doing. You can barely see, but it seems like the people in the far distance are disappearing into thin air. This starts to worry you, but you ignore your concerns. Wouldn’t they come back if something was wrong? Why would so many people be behind you if this wasn’t a good idea? As you move forward, you pass by doors that look more appealing, but instead, you continue pressing forward with everyone else. Everyone is saying "keep moving" and you don't want to miss out. You get to the end and…

I hope this exact situation never happens to you. However, groupthink or FOMO has likely influenced your decisions at one point in your life.

Groupthink is the practice of thinking as a group and conforming to group values while minimizing or dismissing individual thoughts and values.

In the beginning of January, a friend texted me a screenshot of the subreddit r/wallstreetbets. The subreddit describes itself as

a community for making money and being amused while doing it. Or, realistically, a place to come and upvote memes when your portfolio is down

In between the offensive vernacular of wallstreetbets, the Redditors were encouraging everyone on the subreddit to purchase GameStop stock to increase its share price. The current price was around $20 per share, nearly five times the average price in 2020. My friend asked for my input.

Friend: Should I invest?

Groupthink was driving this phenomenon, not the market. Wallstreetbets had already proved that it could move the price by convincing enough Redditors to buy into the idea. The question was no longer if they could do it, but how long until it imploded.

I advised my friend to buy the stock now and sell it before the price plunged. There was no telling when the drivers behind this phenomenon would bow out.

Not quite sold on the idea, my friend watched as the price doubled and then tripled. On Friday, January 22nd, he sent me a screenshot of GameStop stock at $72.82 per share and a graph showing a steep incline.

Me: We should have bought and sold!!!

If we had bought GameStop stock at the price of $20 per share and sold it on this date, we would have received a gain of $52.82 per share.

Me: Idk is it too late? I wish I would have bought in!

There are two important takeaways from these texts. First, I should decrease the number of exclamations in my texts. And secondly, did you read my last text? I was relying heavily on my theory that as long as the subreddit continued to use groupthink to drive up the price, they would be successful until an outside force intervened. What I did not understand at the time was the motive or agenda behind this movement. Once this information was revealed, the ticking time bomb became finite.

How FOMO Hyped the GameStop Frenzy

Once the media caught wind of the sensation, I started receiving news notifications on my phone about the GameStop frenzy and it seemed to blow-up overnight. What had once been a fun little game was now everywhere. The concept of groupthink combined with publicity intensified the power behind the movement by adding FOMO. If everyone is doing it, it must be okay, right?

FOMO is the abbreviation for the fear of missing out. You know when you read about everyone buying GameStop, so you bought GameStop stock too. That is FOMO.

On Monday, January 25th, FOMO had finally got to my friend and he bought GameStop stock at around $70 per share. He was now officially a part of the GameStop frenzy.

Friend: I just bought some. It hit $60. Dropped so much trading is halted now.

Me: Yea? What’s the thread saying?

Friend: This is the most insane volume. The market is being halted every few minutes.

On Tuesday, January 26th, my friend sold his GameStop stock and recognized a gain of approximately $35 per share.

This was not a terrible conclusion for my friend's first-time experience with the stock market, however, not everyone got out without a loss.

T. Austin Basile divulged in GameStop Ruined Me, how FOMO and the danger of groupthink both led to a massive loss.

I held onto the stock for fear of being a weak paper handed baby or for the fear of missing out on another huge spike. So, I held. Like I was supposed to. I held like I was being instructed to. And here I am, sitting with those same shares, taking a massive loss...

Are Groupthink and FOMO to Blame?

The danger with groupthink is not in consonance itself; the danger lies in hidden agendas or in deterring individuals from utilizing critical thinking to promote acquiescence.

In the Forbes article, Reddit Traders Have Lost Millions Over GameStop. But Many Are Refusing To Quit, Abram Brown runs through a gambit of individuals who have had significant losses with ties to the subreddit. For those on the inside of this mania, many are optimistic about a future uptick despite their losses. Other hardcore enthusiasts of the subreddit, are hoping the hedge fund losses create real change in the financial markets.

My two cents is that it is important to understand the real issues and agendas driving a movement before following a group. I currently have an unrecognized loss on BlackBerry stock (a stock that was associated with the GameStop movement). But I purchased the stock fully aware that I could lose my entire investment. It was a game, a social experiment, and my first taste of the stock market. But for all those who did not realize they fell into a cattle shoot with an impending end, for all those who didn’t exit before the plunge, remember groupthink and FOMO before following the crowd next time. Because who knows where it will lead?

Kitty is a Synonym for Account, Budget, Deposit, Fund, Nest Egg, and Pool?

Roaring Kitty aka Keith Gill, one of the more influential individuals involved in the GameStop scheme, testified on Thursday to the House Committee on Financial Services and said the following:

"A few things I am not," Gill told the House's Committee on Financial Services on Thursday. "I am not a cat. I am not an institutional investor. Nor am I a hedge fund" (Williams, 2021).

If you don't find that reference funny, then you probably haven't seen the lawyer trying to remove the cat filter during a virtual court proceeding. Everyone has seen it. You should watch it. You are missing out.

Like this article? Check out my other articles below.

Brown, A. (2021, February 05). Reddit traders have lost millions Over Gamestop. But many are refusing to quit. Retrieved February 23, 2021, from https://www.forbes.com/sites/abrambrown/2021/02/04/reddit-traders-have-lost-millions-over-gamestop-but-many-are-refusing-to-quit/?sh=49b990ce2d8f

Williams, A. (2021, February 22). GameStop trader 'ROARING KITTY' slipped a reference to the viral CAT-LAWYER meme into his congressional TESTIMONY: 'I am not a cat'. Retrieved February 20, 2021, from https://www.businessinsider.com/gamestop-hearing-roaring-kitty-i-am-not-a-cat-lawyer-2021-2

I want to leave kindness in my footsteps and tiny seeds of hope in your brain.

Connect with me here.

Write your own story here.

More stories from catchafrisbie and writers in Trader and other communities.