Quite a fascinating story that unfolded over the past few weeks. A finance drama like you see in films. One must wonder, is Fintech really democratizing Finance? 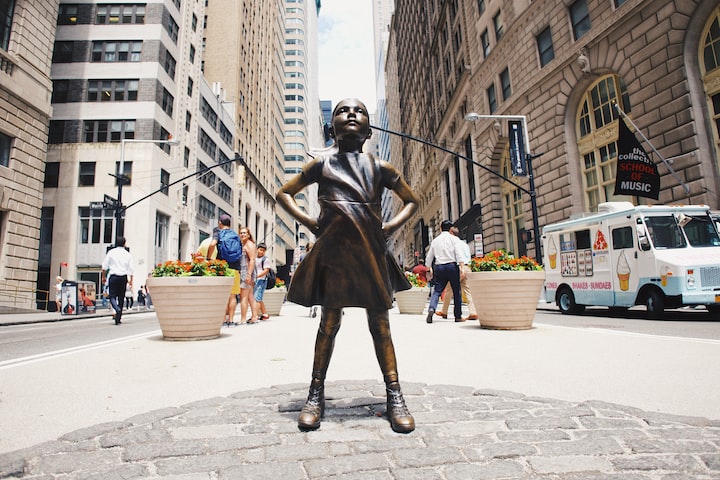 Quite a fascinating story that unfolded over the past weeks. A finance drama from films like The Big Short. David vs Goliath in the trading world with a “Rich against poor” vibe. An amazing saga to start 2021. Here is a quick recap if you have not followed. Which is particularly hard since everybody is talking about it. Also, why it actually matters for fintech. In a nutshell, a group on the social media platform Reddit is taking on hedge funds. It is called WallStreetBets, and it is not a couple of guys in their moms' basement. More like 6 million retail investors.

This story could have remained on the fringes of the financial world like many things do. But it ended up catching everybody’s attention. It is a telling story because it shows how fintech is clearly not done with transforming financial services. Is fintech democratizing finance?

A few people within WallStreetBets made the case for several stocks. Like they often do. Mostly household names that have not done so well lately: Nokia, BlackBerry, Bed Bath & Beyond, and most notably GameStop. The American video game shops company did not have the best year for obvious reasons. However, some Redditors argued that it was undervalued. Because at the end of the day, people love video games. Which is quite true. And they would go back to buying some at GameStop eventually. A very sensible analysis all in all.

These retail investors started piling in. The stock price rocketed. From the low $10, using low-cost trading apps like the popular Robinhood. This could have been it really.

However, on the other end of the spectrum, hedge funds were also piling in by short selling. That’s not the only thing hedge funds do. But their investment strategies often include short selling. For instance, as part of a long-short equity strategy. From their point of view, the GameStop stock was overvalued. There are however a few issues with short-selling (more on that below). The wave was too strong for the hedge funds. Because this disproportionally motivated the WallStreetBets’ boys to take the share price to the moon. It went to over $400 in a few days. It completely obliterated the hedge funds. Melvin Capital had to be bailed out by its hedge funds’ pals due to the heavy losses incurred. And it threw in the towel on GameStop shortly after.

It became obvious at that point that it was a People vs Wall Street fight. Why is that? Fairly easy to guess actually… Remember the years 2008/2009 when we had one of the worst global financial crisis ever? Which was due to a few Wall Street suits playing around with financial products they could not comprehend? Which led to the emergence of fintech as an industry by the way. But remember how absolutely no-one went to jail for the reckless gambling? For making lots of money but destroying the economy? Some people, it seems, remember… And are out for revenge.

The plot thickens… fintech democratizing finance but not too much

In another dramatic move, several platforms halted or restricted trading of these stocks including GameStop. One of said platforms being the famous commission-free trading app Robinhood. Trading apps were citing volatility as their main concern. It was a funny move for a fintech portraying itself as democratizing trading. It appeared then that they were giving in to hedge funds. Literally, Robinhood’s motto is “investing for everyone”. That’s what it seemed because Robinhood was quite poor at responding to the critics. To the point that the CEO will have to explain what happened to the U.S. Congress. However, the trading app clarified that it was apparently due to clearing issues and a weak capital position. Which is maybe not particularly more reassuring. The latter even forced them to ask for a $1bn bailout to its VC backers. And to raise another $2.4bn days later.

Comically, hedge fund managers and professional investors did not like amateurs speculating. They don’t seem to be fans that somehow fintech could be democratizing finance. How dare they do what we do? Leon Cooperman, a billionaire hedge fund investor even went on CNBC to say that only speculators owned shares in GameStop. And obviously, they did not know what they were doing. “Show me a guy with a good record consistently, and I’ll show you a smart guy”. Mind you this comes from someone who has been charged for insider trading a few years ago. Is that a good record Leon? You can’t make these things up…

There were also talks of categorising what the Redditors were doing as market manipulation. It is clearly not certain that it is. Even so, how is this any different from what the hedge funds are doing? If retail investors are getting together to buy a stock, it is market manipulation. If hedge funds are getting together to sell a stock, that is clever investing.

What’s up with Wall Street and short selling?

If you think that what happened is wrong, I have bad news for you. These things happen a lot in the financial markets. Not amateurs but the “pros”. Investors getting together to buy or sell is common practice. Investors telling other investors to buy is common practice. Even investors telling the rest of the market they are selling a stock is common practice. This is not automatically insider trading. And it does not have to be market manipulation. As long as not one person in particular is benefitting. For the Redditors, some will eventually lose money. That’s perhaps true. But their goal was to sink a hedge fund. Is this bad? Well, the hedge fund was here in the first place to tank GameStop. Taste of your own medicine…

Which brings us to the practice of short selling. Elon Musk, the richest man in the world, is not a huge fan:

That’s because hedge funds such as Citron Research have targeted Tesla with short selling for years. To no avail. In the end, they have lost a lot of money. It is down to the fact that it is a risky practice, as per Investopedia:

In short selling, a position is opened by borrowing shares of a stock or other asset. The investor believes it will decrease in value by a set future date-the expiration date. The investor then sells these borrowed shares to buyers willing to pay the market price. Before the borrowed shares must be returned, the trader is betting that the price will continue to decline. And they can purchase them at a lower cost. The risk of loss on a short sale is theoretically unlimited. Since the price of any asset can climb to infinity.

Which means that you can “short squeeze” the sellers. You push the price higher which forces the short sellers to buy the stock to cut their losses. But as they do so, the price goes even higher and liquidity becomes scarce. You are squeezed. One must certainly enjoy the irony that Citron Research (citron is lemon in French) got squeezed…

So what is the point?

A normal investor would look at a bunch of companies. Company A looks good. I think it will increase in value, I will buy. Company B looks overvalued, I will pass.

A short seller would go one step further. It would look at Company B and say “not buying it is not enough”. “I am going to destroy a bit of shareholder value and make some money”. Short selling is in essence a negative move. You could be investing in a competitor instead of directly wanting people to lose money. Therefore, do not be surprised if the public does not have much sympathy when you get burnt doing so. It is then a more philosophical question: what is the real use of short selling? Apart from speculating and wishing a company goes bust? And not even mentioning more dubious practices. Like taking a short position and calling out the company publicly. The aim being to drive the stock down and take your quick profit. Like Citron Research would do. Which also lost a lot of money on GameStop by the way.

Fintech democratizing finance? Not there yet…

It will be interesting to see the response from the global regulators on this one. They have been watching carefully from the sidelines. What are you going to do? Forbid people from chatting about stocks but allow Wall Street suits to short sell. It will be preposterous to categorise this as speculation whilst other dubious practices are allowed. Even worse, would you put restrictions on retail investors from buying certain stocks? Issue is, one of these two groups of people is excellent at lobbying. And it’s not the Redditors in their PJ’s. So far, it seems that politicians are siding with the retail investors.

Taking the example of Robinhood, the fiasco shows two things when it comes to fintech.

Firstly, we had a glimpse at what fintech can do. That in terms of giving some financial power to the many. Really democratizing finance by allowing ordinary people to compete with professional investors. And beat them at their own game. More generally, it is actually great to see so many retail investors getting back in the stock market. We need more diverse participation to avoid Wall Street being completely detached from Main Street. Let’s hope that it is a lasting trend.

Secondly, fintech is obviously not done democratizing finance. Platform outages and capital shortfall are not great. It means retail investors are not yet able to fight with the same weapons. It is good news if you are building a Robinhood alternative though. But it also shows how complex and capital-intensive it is. It also might mean that Robinhood’s public listing is not as smooth as expected: the regulator is likely going to have a deeper look at that capital crunch that led to an emergency fundraising…

Originally published at https://fintechreview.net on February 3, 2021.

More stories from Fintech Review and writers in Trader and other communities.